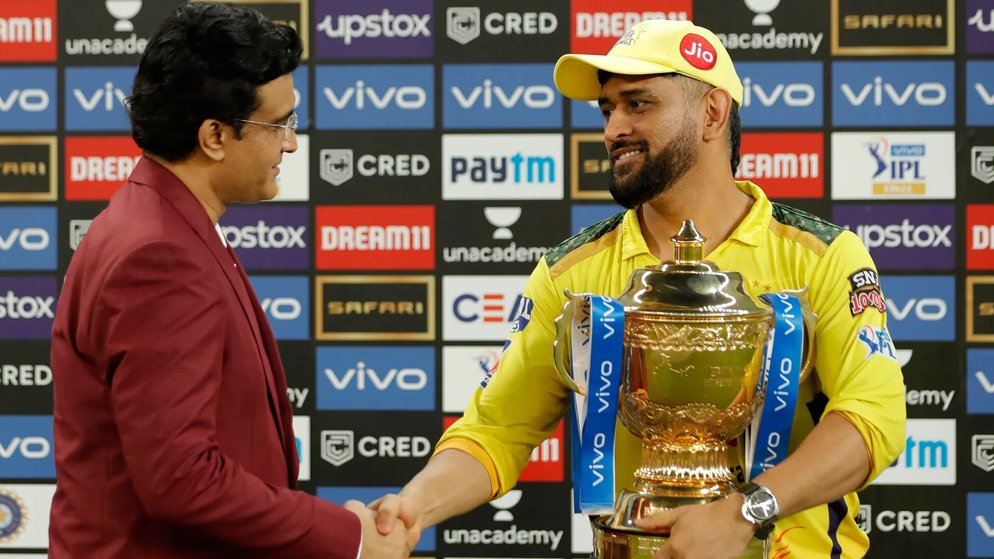 It was a thumping win by the Chennai Super Kings (CSK) over Kolkata Knight Riders (KKR) that etched their name on the golden IPL trophy for the fourth time. But did it come across as a surprise? For most of the arduous IPL enthusiasts, likely not!

The men in yellow are the most consistent of all the 8 regular teams to play the franchise league, with Friday’s outing being the 9th final they have played out of the 14 times they have participated and their 4th win. Sure, the Mumbai Indians (MI) have won the coveted trophy an extra time but setting aside the most quantifiable aspect, Chennai Super Kings is undoubtedly unmatched in their consistency in this shortest format of the game.

As the 14th edition of the Indian Premier League comes to an end, clear patterns can be observed when it comes to all the teams. Some go for big names, some teams place their trust in a young brigade, others gamble with relatively unknown domestic players, while some have complete faith in their aging captain helming a squad whose average age is highest among all the teams playing the game.

“People call them old, I just call them experienced.”

T20, the shortest format of the game, requires energetic legs, athletic fielders, and young blood with strong arms that can strike the ball clean. Or so was the general perception among most when it came to the last 3 seasons or so. Yet playing in all 3 finals and winning 2 of them left most critics red-faced who had sniggered at the aging squad of CSK after they bowed out of the 2020 edition of IPL by not qualifying for the playoffs the first time. Little did they know that a global pandemic would again force the 2021 edition to resume in UAE once again and a Dhoni, who was believed to be well past his prime, would lead a Dad’s army to glory to set the record straight.

“Experience is important, guys who’ve been there and done it before add so much. We don’t get too deep into analytics and numbers, we go with gut feel and developing relationships with players, it’s old-school but it works for us”

The above two quotes from Chennai Super Kings coach Stephen Flemming in the post-final press conference gives us a deep insight into the winning franchise’s philosophy and the foundation stone of their unbelievable success.

Unwavering Faith in its Team

It was during the inception of IPL, the very first auction in 2008 that the erstwhile director of CSK, the late VB Chandrasekhar placed his trust in a young Dhoni and got him for a price tag that raised a lot of eyebrows in the cricket circuit. It was Chandrasekhar who built a core team within the Chennai Super Kings squad, comprising of the likes of Dhoni, Raina, Jadeja etc, and gave the ropes to Kiwi legend Stephen Flemming. 14 editions later, while almost all teams have rebooted their teams quite a few times, bought and let go off many legends and technical staff and still faltered to get near the trophy, CSK has had the same skipper and manager with glorious pay-offs.

It was this unfaltering faith in the players that have paid off so extensively for the team. Let us take the young sensation Ruturaj Gaikwad who won the Orange Cap by scoring the most runs in the tournament. Yet, this Gaikwad had faltered in the initial stages by scoring scores such as 5(8), 5(16) and 10(13) but Dhoni and Flemming kept their confidence in the young lad. And Gaikwad went on to score a whopping 635 runs in the tournament that became a foundation of CSK’s fourth title win.

The same can be re-iterated for almost all of the Chennai Super Kings squad such as the likes of Ambati Rayudu, Deepak Chahar, Robin Uthappa, Dwayne Bravo, and Moeen Ali, each of whom played an instrumental role in the trophy-run of their franchise team. Most of them faltered in some part of the tournament but CSK’s continuing faith and perseverance paid off each time as all of them rewarded the team with sensational performances.

Chennai Super Kings faced a spirited KKR team that had defied all odds to reach the 2021 final, banking on a spirited performance of their top order and the spin bowling department. When they lost the toss and went out to bat, they knew they had to put up a formidable play and put up a high score if they wanted to win this battle. And a superb batting by the opener Faf du Plessis (86 of just 59 balls) with cameos each from Uthappa (31), Moeen (37) and Gaikwad (32) ensured that they put up a winning score of 192.

With almost half the battle won, Chennai Super Kings just needed to get the top 4 of KKR out to cement their win. The young opening pair of Shubman Gill (51) and Venkatesh Iyer (50) tried their best but, with the disastrous performance of KKR’s middle order that lasted throughout the tournament, was never enough to chase such a staggering score.

As an ageing Dhoni lifts up the trophy, fans erupted as congratulations poured out from all corners of the world. Most of them were overwhelmed as they thought that this might be the last time they will witness Captain Cool with a trophy.  But Dhoni’s cryptic reply to Harsha Bhogle’s query about the same left the cricketing world with the hope that the legacy might not end so soon, after all!