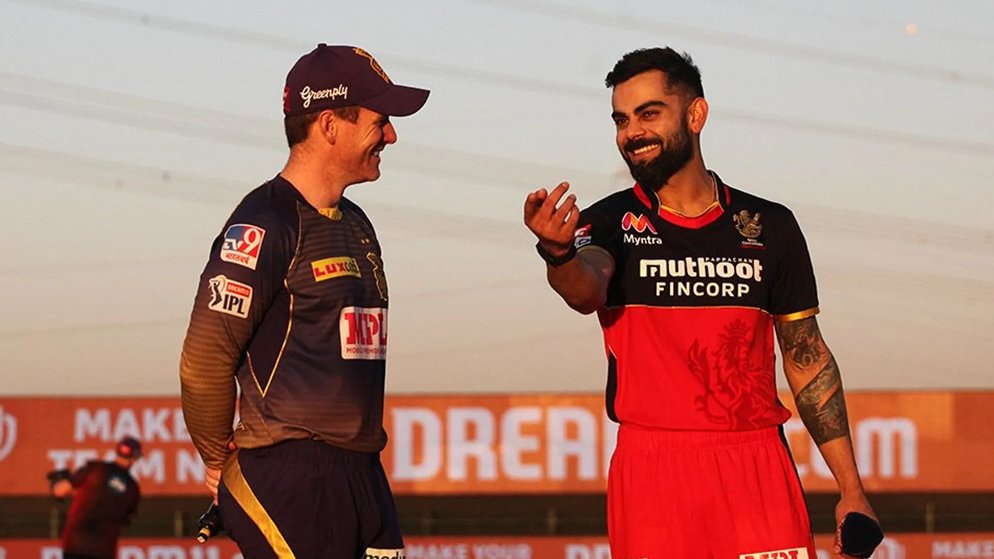 IPL 2021 Eliminator: RCB vs KKR – The group stage matches of the IPL 2021 came to an end on Friday with a nail-biting inning from the defending champions Mumbai Indians who failed to qualify for the first time since 2018. The four teams that have successfully made it to the playoffs are Delhi Capitals, Chennai Super Kings, Royal Challengers Bangalore, and Kolkata Knight Riders. Despite the destructive start to the game the defending champions, Mumbai Indians, could not pull the impossible and book themselves a place in the playoffs. As we now go forward towards the qualifier, the matches will become more and more interesting.

The Sharjah Cricket Stadium will host the third and fourth-place finishers, Kolkata Knight Riders, and Royal Challengers Bangalore. The match begins on 11th October Monday from 7:30 PM IST. Winning the eliminator round will promote the team to the second qualifying round. Both teams will be looking forward to making the most out of the pitch as it is a batting paradise. Defending the shorter boundaries on either side will be a mighty task for the teams. A team total of 160 runs or more is a decent defendable score for the teams batting first.

The knights have come a long way rising from the bottom of the table to get themselves a top-four finish. Few consistent performances from the opening lineup and slips from other teams have been the quintessential factor for their qualification. No other team has benefited more than Kolkata Knight Riders from the sudden dip in form of the defending champions.

A poor start to the season a giant comeback in the second phase, Kolkata Knight Riders have once again proved how IPL never fails to deliver. The rivalry between Royal Challengers Bangalore and KKR is nothing inconspicuous to the crowd. Both teams have shared a win each this season, but now is the time to break the deadlock. KKR’s opening prodigy Iyer and Gill have been in a good form as of now. While their bowling attack has fallen short to teams like CSK and DC, they must look forward to bringing in Andre Russell as he has been the differential player for them in most games.

While Royal Challengers Bangalore will play for a win in the eliminator, their captain Virat Kohli must play for redemption. With the eyes set on the prize, RCB has had a long and tough season. Losing just one game out of the last five, they have picked up their momentum very well and would definitely stand favorites to win the match against Kolkata Knight Riders.

There is no doubt that the rivalry will only get bitter with the passage of time. While KKR has won the trophy twice, Bangalore has never won it once in 14 years. The anger and frustration of Bangalore must be enough to fuel them for the win.

Apart from Virat Kohli, everyone Bangalore fan will be rooting for their star bowler this season, Harshal Patel. The right-arm-medium pacer has picked up 30 wickets so far and has the most dismissal in this year’s IPL. 8 wickets ahead of Delhi Capital’s Avesh Khan, Patel could just be the wildcard Royal Challengers Bangalore needs to stop KKR from scoring in Sharjah.

In the previous two encounters between these two sides, Kolkata Knight Riders and Royal Challengers Bangalore have shared a win each. Results aside both these matches have been nail-biting. While KKR bundled RCB for just 92 runs in Dubai, RCB smashed 204 runs to shake off KKR in Chennai. Out of the 28 matches played between the two, RCB emerges second with 13 wins and KKR takes the lead by a margin of 2 wins.

Virat Kohli is the highest run-getter in this fixture and Sunil Narine has the most number of dismissals.

This winner of the eliminator will qualify for the next qualifier and must fight for another round before they get to the final. The team with better composure and confidence will be the one making the difference