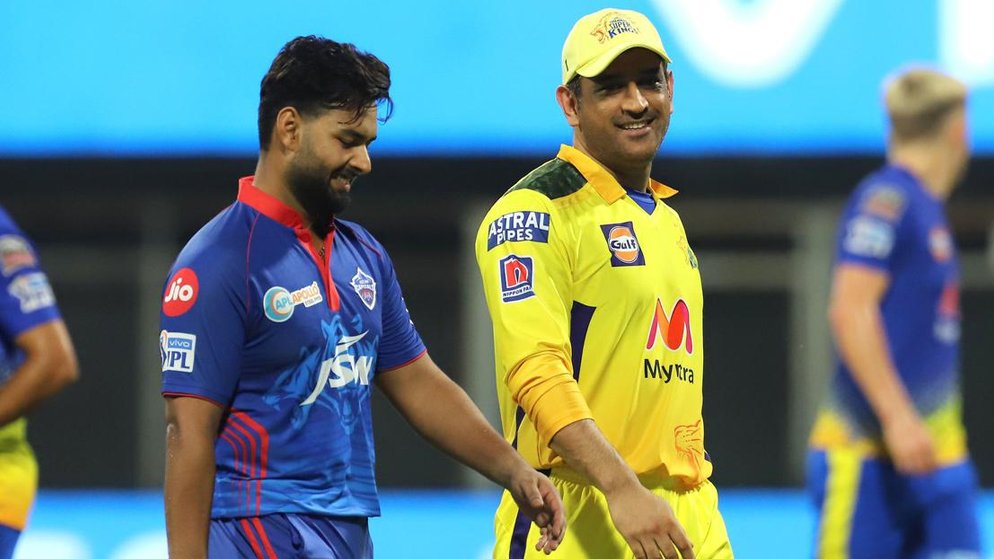 DC vs CSK – India’s biggest T20 tournament, the Indian Premier League, is edging closer to its end as we proceed with the second phase of the tournament. With only 7 games to play, three out of four teams have already booked their places in the qualifiers. Chennai Super Kings, Delhi Capitals, and Royal Challengers Bangalore have been unmoved from the positions they had occupied before the tournament had been postponed. However, the fight for the last qualifier spot still remains between Mumbai Indians, Kolkata Knight Riders, and Rajasthan Royals.

Dubai International Stadium will host Chennai Super Kings and Delhi Capitals for their penultimate game of the season. Both teams will be clashing against each other for the second time this season and will fight for the top spot in the table. Dubai, as we know is a batting paradise but can grow increasingly tough and tedious for the batsmen who love to hit boundaries. The ground plays a heavy role in screening runs for the bowlers in the middle overs and pacers and spinners.

It has been a season to remember for Delhi Capitals. Despite the absence of their captain, Shreyas Iyer, during the first half of the season, they have been able to keep up with their form. Just losing three out of the twelve games they have played, it is safe to say the Capitals have ‘Capital-ised’ their chances of making headway into the competition.

Although their good run of form fell short in front of Kolkata Knight Riders. The biggest strength of the Delhi Capitals this season has been their bowling prowess. Their capacity to defend a low total has been one of the biggest achievements in this tournament. However, against Eoin Morgan and his knights, Delhi’s bowling attack suffered a heavy dent. An immediate win against the defending champions, Mumbai Indians, has helped them regain a bit of confidence. Going into a match such as this, against the impenetrable Chennai Super Kings will take a lot of hard work and composure.

A win for Delhi will make sure that they top the table and go ahead of CSK who are sitting comfortably with a huge net run rate to their name.

Chennai’s chances of winning the league are improved compared to what they went through last year. The side has well managed to bring out the enthusiasm and quality they have. Losing only 3 out of 12 games, Chennai Super Kings have the same number of points as Delhi Capitals. Chennai’s massive net run rate has been the only factor that has separated these two sides.

Chennai has already qualified into the next knockout stage of the competition despite losing the previous game to Rajasthan Royals. The Yellow army who are equally capable of defending and chasing a high total, could not be the best version of themselves while going against Rajasthan Royals. Despite scoring a total of 190, Chennai could not do anything to stop Sanju Samson and his men-in-blue from cutting down the chase. Their undefeated run of 4 matches came to a disappointing end as Shivam Dubey and Yashasvi Jaiswal rampaged through Chennai’s bowling attack to get their hard-earned 2 points.

Winning against Delhi will surely help Chennai to come back to winning ways and maintain their stronghold on the topmost position of the table.

The last time these two sides clashed against each other, the match ended in favor of Delhi. Rishab Pant’s side chased a total of 188 runs in just 18 overs. An explosive inning from Prithwi Shaw and Shikhar Dhawan saw the game take a turn towards Delhi Capitals’ favor.

Likewise, Chennai has failed to beat Delhi on the previous two occasions despite scoring a high total. However, the head-to-head stat would speak for the yellow army as they sit on the top with a total of 15 wins out of the 24 games played between the two. MS Dhoni and Shikhar Dhawan have been the leading run-scorers from their respective sides.