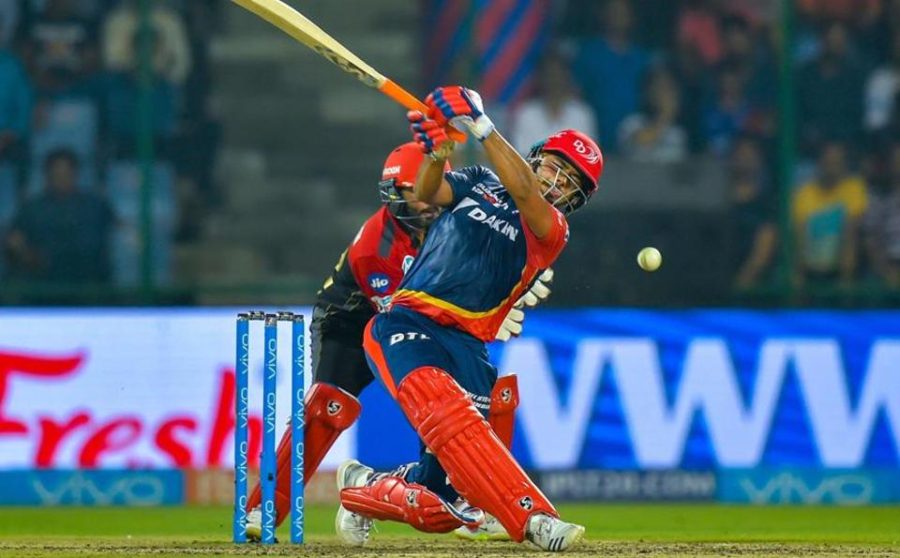 The shortest format of the game of cricket seemingly is loaded heavily in favour of the batsmen in today’s day and age. There may be a lot of reasons for a belief like that, but one cannot at any stage not give credit where it is due. Favourable or not, the batsmen in the IPL have lit up the evenings in cricket grounds and on TV screens for the better part of a month and a half recently. The likes of KL Rahul and Jos Buttler have played some great knocks as the lone warriors for their sides, whereas someone like a Rishabh Pant has also come of age this season.

The top five batting performances from the recently concluded league stages of the IPL.

1) Rishabh Pant (DD) vs Sunrisers Hyderabad – 128* in New Delhi
The Delhi Daredevils had a dismal season and even a change in captain from the veteran Gautam Gambhir to the young Shreyas Iyer did not help matters. But one of the brightest sparks this IPL for the Delhi side has been the young wicket-keeper batsman Rishabh Pant who has shown an explosive side to his batting. Playing against the formidable bowling attack of the Sunrisers Hyderabad, Pant came into bat with his team in deep trouble. The left hander though did not crumble under pressure as 15 boundaries and seven sixes later he had scored 128 and remained unbeaten as Delhi rode his effort to post a total of 187/5. Pant, eventually ended the tournament with 684 runs and the record of the most runs by a wicket-keeper batsman in a season.

2) Chris Gayle (KXIP) vs Sunrisers Hyderabad – 104* in Mohali
The big-hitting West Indian batsmen went unsold in the auction before the KXIP franchise signed him up much later. Gayle, had a statement to make and he began the tournament in blistering form and he silenced his critics with a big century against one of the best bowling attacks in the tournament in the SRH. Gayle batted through the innings, wherein he played 63 balls, smashed 11 sixes and one boundary on his way to an unbeaten 104 as the KXIP posted 193 in their 20 overs. The century, like most Gayle-storms eventually won his side the game.

3) Ambati Rayudu (CSK) vs Sunrisers Hyderabad – 100* in Pune
Chennai Super Kings came into the tournament with a lot of experience on their side and were heavily criticized for that in the initial stages. Chasing 180 against the SRH bowling attack was never going to be easy but the opening pair of Shane Watson and Ambati Rayudu dug deep. The Indian took the charge to the SRH bowlers and while Suresh Raina at number 3 could not do much, Rayudu hung in there with determination to take CSK over the line. Rayudu smashes seven boundaries and seven sixes to complete a 62 ball unbeaten century which helped CSK win by 8 wickets.

4) KL Rahul (KXIP) vs Mumbai Indians – 94 in Mumbai
KL Rahul had a real breakthrough season in the IPL as he almost single-handedly helped Kings XI Punjab enter the playoffs. Rahul scored 659 runs in 14 innings which included 2 unbeaten knocks. Rahul averaged 54.91 and showed that you can play T20 with tight technique and proper cricketing shots. One of his finest innings came against defending champions Mumbai Indians, where he played a lone hand, scoring 94 against a top attack. He almost guided the team to home, only to be dismissed in the end by Jasprit Bumrah and eventually Punjab fell short .

5) Jos Buttler (RR) vs Mumbai Indians – 94* in Mumbai
Mumbai Indians were at the receiving end of quite a few special knocks and this one came from their former player as Englishman Jos Buttler returned to haunt his side at the Wankhede with a splendid unbeaten 94 to guide the Royals to an important victory. It proved to be crucial in the end as it also helped Rajasthan sneak through to the playoffs. Chasing 169 to win, Buttler led from the front and a boundary-laden innings which included 9 boundaries and 5 sixes. He later on said that his experience of conditions helped him perform well.