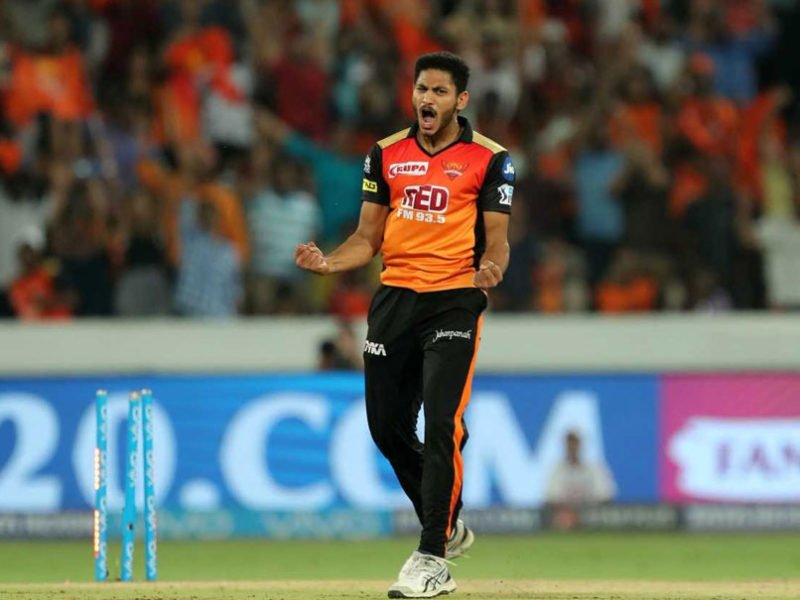 One of Indian cricket’s more promising names Basil Thampi had a forgettable outing on Thursday evening for the Sunrisers Hyderabad against the Royal Challengers Bangalore as he registered the worst figures for a bowler in the history of the IPL.

Thampi who conceded 70 runs from his 4 overs went without a wicket against the RCB and overtook the Indian pacer Ishant Sharma for this unwanted record. Ishant Sharma held the record with figures of 64/0 in four overs for SRH against CSK in 2013.

Thampi who was bowling in the powerplay to the RCB batsmen, gave away 37 runs in his first two overs before leaking another 33 runs of the final two overs of his spell towards the end of the innings.

Thampi, renowned for his abilities to hit the deck hard and bowl the toe-crushing yorkers at will was off colour against the RCB and was taken to the cleaners by AB de Villiers and co who piled on the runs and put on 218/6 in their 20 overs.

After the SRH’s dismal performance with the bowl, which co-incidentally has been one of their strong points this season, they chased the target with a lot of heart with Kane Williamson and Manish Pandey almost taking the game away. But RCB’s Tim Southee helped tighten things in the closing overs, as SRH fell 14 runs short of the win, which means RCB stay in contention for the play-offs.