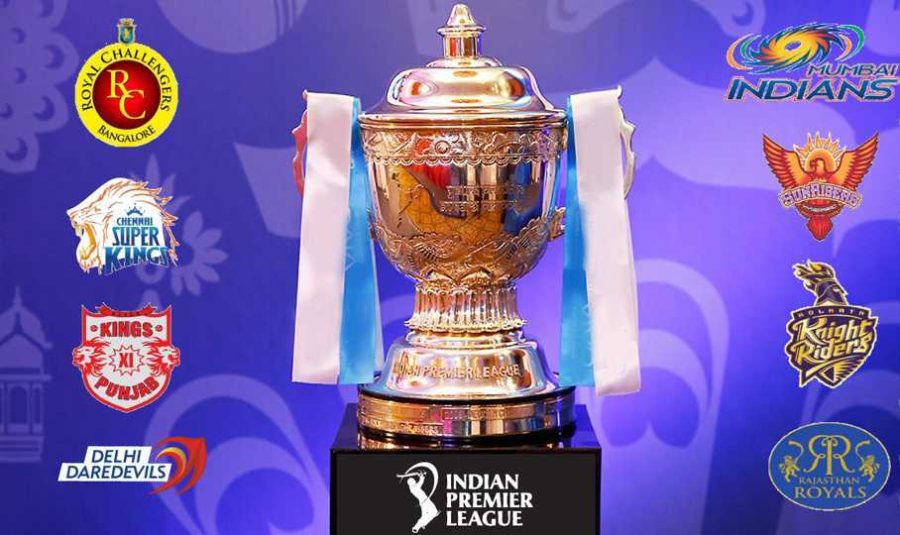 The group stage of the 11th edition of the Indian Premier League is over and it took the last game of the group stage — Match 56 — to decide the fourth qualifier for the knockout stages. In the end, Sunrisers Hyderabad, Chennai Super Kings, Kolkata Knight Riders and Rajasthan Royals ended on the top of the points table and will play in this year’s knockout games.

The performance of all the eight teams in the group stages in order of their positions in the points table:

It was a not so pleasant start for the franchise as they lost regular captain David Warner to the ball tampering fiasco, but Kane Williamson stepped up brilliantly as SRH finished with 18 points from 14 games. The business end didn’t go as per plan as they lost a few games, but it was a good show overall.

Kane Williamson led the show with the bat, scoring 661 runs with 8 fifties, but there wasn’t much support from the rest of the guys as Shikhar Dhawan came second by a fair margin. The left hander finished with 437 runs with four fifties. The middle-order needs to buckle up going into the knockout stages.

Bowling has been the forte for the Hyderabad franchise as Siddarth Kaul (17 wickets) and Rashid Khan (16 wickets) have bowled impressively as Hyderabad managed to defend some of the lowest totals in the history of the IPL in this edition. The two were ably supported by the likes of Shakib Al Hasan (13 wickets) and Sandeep Sharma (9 wickets).

Back into the tournament after a 2-year suspension, MS Dhoni led from the front as CSK put up a brilliant all-round display. They did lose the plot in a couple of games here and there, but overall, it was a clinical show from the Yellow Army, led by their favourite son MSD.

MS Dhoni led the pack with some power-packed performances with the bat as he amassed 446 runs coming in the middle-order with 3 fifties. Ambati Rayudu stole the show with 586 runs as he batted all over the place and finished with a century, his maiden. Shane Watson was just as good with 438 runs and Suresh Raina too sparkled in patches and finished with 391 runs.

The bowling is an area that Dhoni has himself spoken about and can be improved upon as Chennai get ready to play in the knockout stages. While the likes of Deepak Chahar (9 wickets) and Shardul Thakur (14 wickets) have been really good, the boys have at time failed to bowl according to plan. Harbhajan Singh (7 wicktes) and Ravindra Jadeja (9 wickets) can also do better.

There was a lot of debate about KKR going for a relatively young team at the auction and also releasing Gautam Gambhir. But the move seems to have worked as under Dinesh Karthik, the team did really well and finished third with 16 points.

Dinesh Karthik seems to have turned a new leaf when it comes to finishing games and he was once again the pivot around whom the Kolkata batting functioned. He scored 438 runs and was ably supported by Chris Lynn (425 runs) as the two senior pros gave the guidance to youngsters like Shubman Gill (145 runs) and Nitish Rana (279 runs). Sunil Narine (327) and Andre Russell (264) were in form as well.

DK looked to give youngsters like Mavi an opportunity to make the stage their own. While they did perform in patches, the bowling was generally not on the mark for the Kolkata brigade and the skipper would want them to come back strongly in the second half of the season as they look to win their third title. Sunil Narine (16 wickets) and Kuldeep Yadav (14 wickets) ensured that the inexperience in the side didn’t hurt the team.

Back into the tournament after a 2-year suspension, Royals brought in Shane Warne as the mentor, but Ajinkya Rahane’s boys must thank the stars for being able to qualify for the knockouts. They must also thank Jos Buttler for turning the heat from the moment he was promoted to open the batting. Rahane himself wouldn’t be too pleased with the way he led the team.

Apart from Buttler (548 runs) and Sanju Samson (391), none of the top-order batsmen looked convincing. Consistency was a huge issue for the boys as even skipper Rahane managed just 324 runs with a fifty. Rahul Tripathi failed to find a position at the top of the order and that curtailed his influence as he managed just 206 runs. Ben Stokes was a big disappointment.

The defending champions clearly didn’t deserve to find a place in the knockouts as they once again started with a string of losses. They did have a chance in their last game against DD on Sunday, but they lost that to crash out. In the end, Rohit Sharma would have to admit that they were just not consistent enough.

Suryakumar Yadav (512 runs) was like the lone bright spot as he failed to find consistent support from the others. Evin Lewis with 382 runs was good in patches, but you cannot win games when there is no sense of consistency. Ishan Kishan (275) too did a decent job and even though skipper Rohit did manage 286 runs, a lot more was expected from him.

The bowling was comparatively better for the defending champions as the likes of Jasprit Bumrah (17 wickets) and Hardik Pandya (18 wickets) led the show. Mayank Markande (15 wickets) was the surprise package as the Mumbai Indians bowlers did a quality job. They would rue the fact that the batsmen were not on the mark in some of the crucial games.

Virat Kohli came into the tournament saying that the boys wanted to lift the cup this time, but unfortunately the performances didn’t show the same zeal as the skipper’s intention. It was again a lone battle from Kohli and AB de Villiers with the bat and Umesh Yadav with the ball. There was no teamwork as such as they finished sixth with 12 points.

Virat Kohli finished with 530 runs and ABD hit 480 runs. But that was as per the script. What hurt the RCB franchise was the lack of consistent performance from the others. 252 was the third-highest score in the team from Mandeep Singh, followed by Quinton de Kock’s 201 runs. It was a complete failure on a home ground which has a batsman-friendly wicket.

Bowling has never been RCB’s forte over the years, but Umesh Yadav did make a statement as he finished with 20 wickets in the league stages. It was almost like he was driving home a point after Kohli didn’t play him for India in the South Africa series. But Chahal was quite a disappointment and that didn’t help as he has been a pivot for RCB in the last couple of years. The spinner managed just 12 wickets.

The Punjab campaign just fell flat in May after a brilliant start in April. They were one of the lesser fancied teams, but their start had everyone sit up and take note. But sadly, Ashwin’s team failed to rise to the challenge when the going got tough and finished 7th on the points table.

It was again a case of just KL Rahul (659 runs) and Chris Gayle (368 runs) firing at the top and a brittle middle-order undoing the hardwork put in by those two. The middle-order puzzle left KXIP out of the knockout spot as the batting just didn’t have the firepower once Rahul was dismissed.

The likes of Ankit Rajpoot (11 wickets), Mujeeb Ur Rahman (14 wickets) and Andrew Tye (24 wickets) did show signs of match-winning skills, but you need your batsmen to flourish in a format like the IPL. Also, R Ashwin managing to pick just 10 wickets isn’t a display that the captain will be proud of.

Rishabh Pant shines like the only bright spot for a franchise which otherwise continued to remain in the bottom of the points table almost right through the league stages. They finally managed just 5 wins and finished with 10 points. This is a campaign they would again wish to forget at the earliest. Not to forget the mid-season drama of Gautam Gambhir stepping down as skipper and not playing another game.

Pant finishing with 684 runs makes it even worse as one feels that the batsmen suffered due to the lack of support and could well have been gearing up for the knockouts if he was part of any other franchise. Shreyas Iyer played decently as the mid-season skipper managed 411 runs. Prithvi Shaw with 245 runs flattered to deceive and Glenn Maxwell would find it difficult to find an IPL side if he continues like this.

Trent Boult was again the only bright spot in the bowling department with 18 wickets. Amit Mishra finished with 12 and Sandeep Lamichhane (5 wickets) did impress in the latter half of the season, but the decision to not play him earlier comes as a shock. As was the decision to bench Harshal Patel (7 wickets) and play someone like Rahul Tewatia.