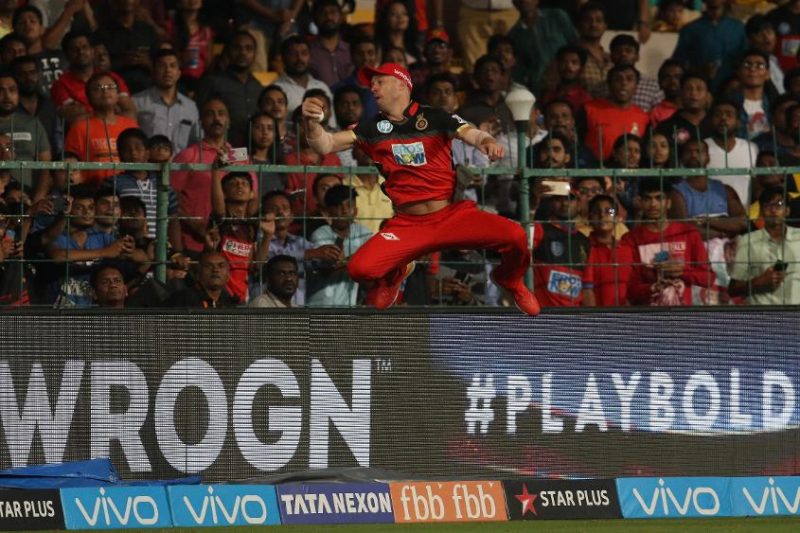 Magic catches from de Villiers and Boult to Russell’s blitz, Kohli v Khan to Lamichhane’s heroics, and everything in between.

Each year, in the IPL and elsewhere, fielders seem to raise the bar higher and higher when it comes to taking seemingly impossible catches. As in previous years, there were some incredible ones in IPL 2018 too, with two standing out.

The first came early on in the competition, in Bangalore, when Virat Kohli whacked a leg-side full toss from Harshal Patel to the square-leg boundary and Trent Boult, who barely had a moment to react, leapt, caught the ball with one hand, turned 180 degrees in the air, fell, but kept himself inside the ropes. His first expression was one of disbelief. And then joy.

If that was scarcely believable, what AB de Villiers did against Sunrisers Hyderabad right towards the end of the tournament was straight out of Marvel or DC. Alex Hales had connected well with his swing off Moeen Ali and the ball was headed for maximum. De Villiers ran across, jumped – or flew – up in the air and pulled off what has since come to be known as the Spiderman Catch.

As Ricky Ponting observed, “It takes and shows a lot of great character for a leader of the team to put his hand up and say this” – ‘this’ being Gautam Gambhir stepping down as captain of Delhi Daredevils after six games. His form was iffy after starting with a half-century, and Delhi weren’t winning much. 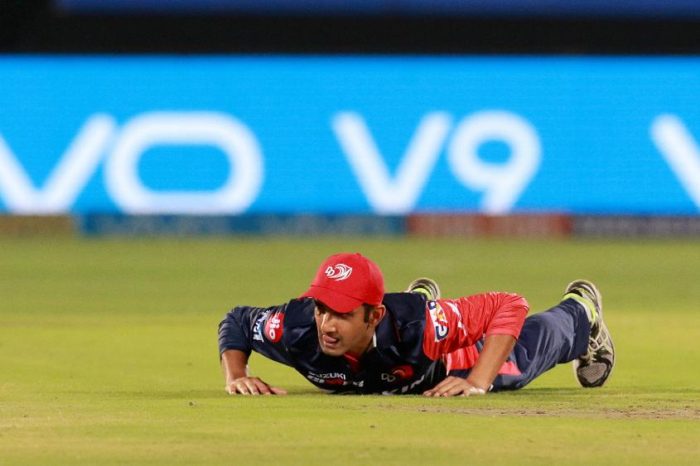 Gambhir Gambhir stepped down as Delhi captain halfway through the season

It was a big decision all right, though not without precedent. In the past, there have been eight cases of the leadership changing hands, and even Ponting, for that matter, was replaced by Rohit Sharma at Mumbai Indians back in 2013. Shreyas Iyer took charge from Gambhir, did well, but Delhi still ended bottom of the pile.

It was perhaps the innings of the tournament, only because of the quality of the hitting. But, amazingly, it ended in a losing cause. 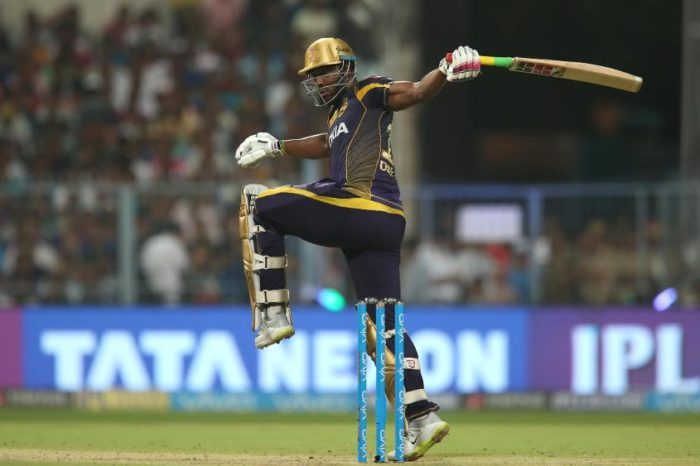 Andre Russell hammered an unbeaten 36-ball 88, but somehow still ended up on the losing side

When Kolkata’s Andre Russell walked out to bat in Chennai on 10 April, his team were 89/5 in 10 overs. Not enough time left to get a big one, most would have thought, but that’s hardly likely if Dre Russ gets 36 balls to play around with. Eleven of them went for sixes, and one for four. That added up to 70 runs. In the remaining 24, Russell scored 18 more to end on 88*, as Kolkata got 202/6. But it took 19.5 overs for Chennai, led by Sam Billings on the day, to win it anyway.

‘I heard something, I did!’

It was a fun one. Lungi Ngidi bowls one outside off, fast, to Ravichandran Ashwin, and goes up in appeal. Mahendra Singh Dhoni also raises his arms. Not given. Dhoni doesn’t think there’s much in it, but Ngidi is convinced. Dhoni didn’t hear anything, but Ngidi has. His eyes are open wide and he points to his ear to say he has heard something. Dhoni smiles indulgently – much like a 36-year-old must if a 22-year-old asks him for something slightly unreasonable. And, lo! It is out.

Oh, and before you go, Virat …

On 8 May, the Indian selectors named the squad for the historic Test against Afghanistan, the newbies’ maiden foray in the format. The captain would be Ajinkya Rahane. Because Virat Kohli was going off to Surrey – that’s changed since, of course – to prepare for the Test series in England later in the calendar. 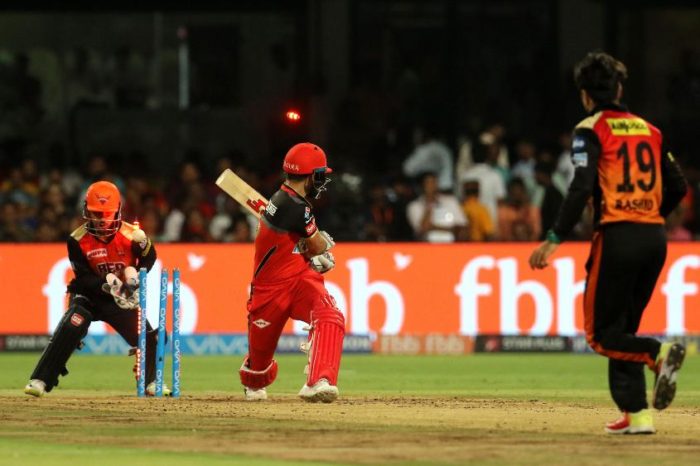 Virat Kohli v Rashid Khan would have been one of the more exciting sideshows in the Test, but since that wasn’t happening, Khan chose to do what he could when Royal Challengers Bangalore came up against Sunrisers Hyderabad on 17 May. A well-flighted googly outside off stump that Kohli wanted to hit out of the city but missed. Khan hit all right, off and middle.

The story of another Kohli dismissal – another time he lost his stumps. This time, the bowler was Chennai’s Ravindra Jadeja, turning his arm over for the first time in the game in Pune. An arm ball from around the wicket. No turn. Kohli tries to chop it but misses altogether. Timber!

But Jadeja is almost apologetic. Jadeja explained afterwards: “I didn’t get time! As it is, I usually go through my overs quickly, and I wasn’t expecting a wicket off the first ball. It wasn’t a caught dismissal either, where the bowler has time to realise what’s happening. He was bowled off the first ball, so I just didn’t get enough time to decide how to celebrate.”

Kane Williamson has since gone past his mark of 684, but Rishabh Pant was certainly the standout batsman during the league phase of the IPL, almost single-handedly keeping Delhi in the hunt with a series of big knocks.

The century – 128* in 63 balls – was an exhibition of controlled, heavy hitting, but that innings stood out only because of the number of runs. He was almost as good each time, hitting five half-centuries, slamming 68 fours and 37 sixes, and scoring his runs at a strike rate of 173.60.

Four Afghans and a boy from Nepal

Last season, the IPL had Mohammad Nabi and Khan, both playing for Hyderabad. Nabi didn’t get too many chances with Hyderabad this year, while Khan was one of the players of the tournament for the same team. But 2018 also had more Afghan interest – Zahir Khan, another teenaged Afghan wrist-spinner, though a left-handed one, went to Rajasthan but had to leave without playing a game, while Mujeeb Ur Rahman, the 17-year-old spinner, turned out for Punjab and had a big impact: 14 wickets from 11 games at an economy rate of 6.99, including a best of 3/27 against Rajasthan. 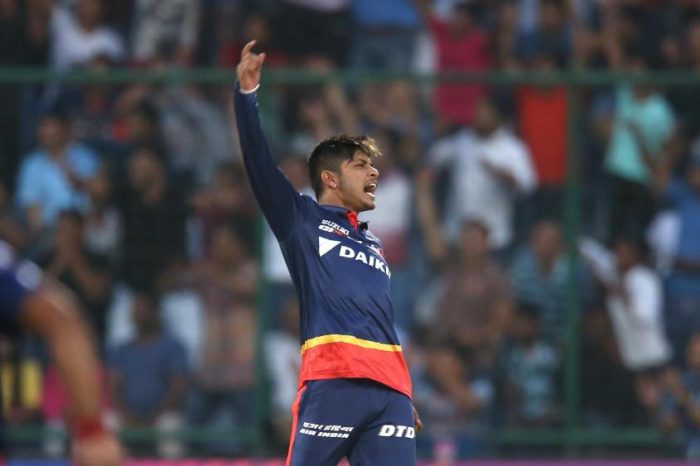 But 2018 also had a leg-spinner from Nepal – Sandeep Lamichhane, of course. Strangely, Delhi didn’t field him for the longest time, but when they did, Lamichhane showed what he might have done if he had been thrown into the mix earlier: 1/25, 1/21 and 3/36. That’s all. But he has done enough for at least a few more chances going forward.

The last day of the group stage fixtures was fascinating. Sunrisers Hyderabad, Chennai Super Kings and Kolkata Knight Riders had qualified for the play-offs, and that left one spot up for grabs. It came down to Rajasthan – on 14 points but done with their engagements – and Mumbai and Punjab – both on 12 and in action on the final day against Delhi and Chennai respectively. 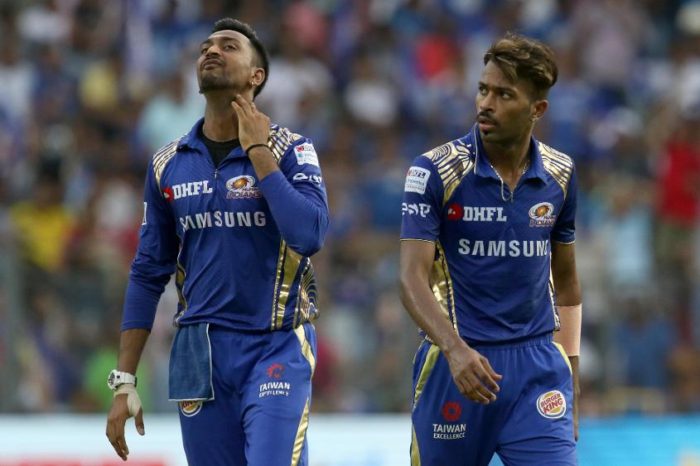 Mumbai Indians were in with a shout till the last day, but failed to make the play-offs

Mumbai’s task was straightforward – win and qualify. Punjab not only had to win but win very big to get above Rajasthan on net run rate. In the earlier game, Delhi beat Mumbai by 11 runs to make Rajasthan breathe easier. And then Chennai knocked Punjab down by five wickets to seal the deal – for Rahane’s Rajasthan. 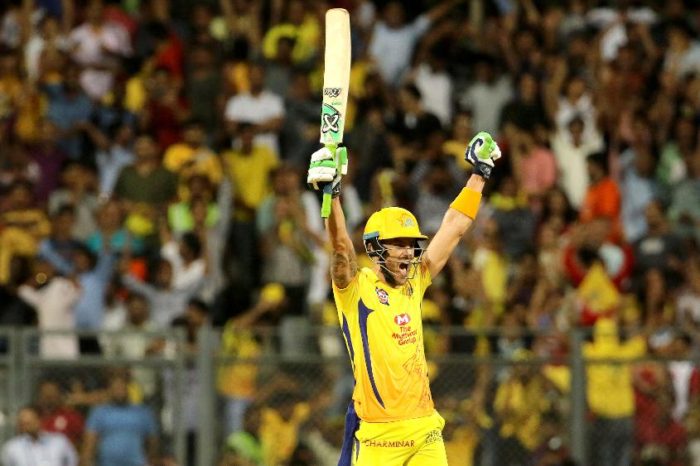 “How did we win this, guys,” he apparently asked when he returned to the dugout on 22 May, and his mates could well have done a chorus of ‘you, you’. It was special from Faf du Plessis that hot evening in Mumbai, in Qualifier 1 against Hyderabad. Chasing 140, Chennai were in a hole at 62/6 and later 113/8 with 13 balls left. But du Plessis, playing just his fifth game of the season, was still there, and finished it off with a six. He ended on 66* and Chennai were in the final again.