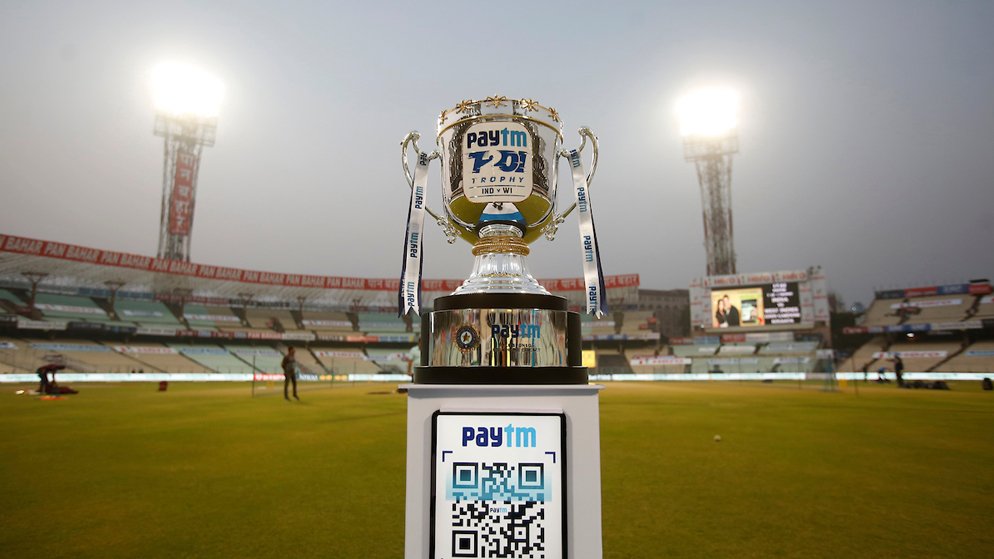 India has started the ongoing T20 International Series against the West Indies in a blistering manner. In the first T20 match played on Wednesday, February 16, here at the Eden Gardens in Kolkata, the Indians showed their class by defeating the West Indies by 6 wickets.

Future stars of Indian cricket, Suryakumar Yadav and Venkatesh Iyer took up the mantle to guide India towards the victory margin. In a match that could have gone both ways, Team India prevailed during the second inning and now sits ahead 1-0 in the 3-match T20 series.

India On A High After Giving Dominating Performance

The West Indies players showed a lot of promise and capability when they made a great start to their inning after coming down to the crease. On a cold evening here in Kolkata, Indian skipper Rohit Sharma had won the toss and opted to field first. His calculations seemed to have gone slightly off track when the West Indian batters began hitting the Indian bowlers all over the park. Star West Indian batsman Nicholas Pooran scored a swashbuckling half-century at the beginning of the West Indian inning, making 63 in 43 deliveries.

After losing Pooran’s wicket, however, the West Indian could not build upon the great start that Pooran gave his team. With Akeal Hosein, Roston Chase, and Rovman Powell all departing without scoring much, the visitors were starting to look a lot in trouble. It all changed when Kyle Meyers was sent to the crease to make a difference. And he did leave his mark by adding 31 valuable runs towards the end of the West Indian inning, by using only 24 deliveries. After tackling a disciplined Indian bowling attack for almost the whole of their inning, the West Indies finished on 157 in 20 overs and lost 7 wickets in total.

The Indian side was effective with the ball from the start. Newcomer Ravi Bishnoi took center stage with his fine performance with the ball. The fresh talent captured the wickets of Roston Chase and Rovman Powell in the critical phase of the match to put the West Indies on the backfoot. His excellent bowling figures earned him the man-of-the-match award at the post-match award ceremony.

The second T20 International between hosts India and visitors to the West Indies will be played at the historic ground of Eden Gardens on Wednesday, February 16. The BCCI has kept the venue of all the three T20 Internationals at the same venue. This has been done under extraordinary conditions owing to the surge in Covidp29 cases in the country. The match will be played in the evening and will kick off at 7 pm (IST).

The history books show that it has generally been a low-scoring wicket. On a wintery evening, both pacers and spinners will likely get the turns and the movements that they so desire from any pitch. It would also be interesting to find how much the dew factor affects the bowling side as the match progresses. The dew factor, as cricket fans and observers would know very well, can cause some problems for the side batting second. With so much resting on the vital second T20 match, the role of the toss will play a major role in determining the outcome of the game.

The game will be broadcast live on the Star Sports Network. Apart from the English language, live commentary will be available in Hindi and other major Indian languages, including Tamil and Telugu. Those who are used to watching live matches on their mobile devices will get to see their favorite sides participating in a mouth-watering clash on their smartphones using the streaming service provider Disney+Hotstar.

Head-To-Head Record Between India And The West Indies