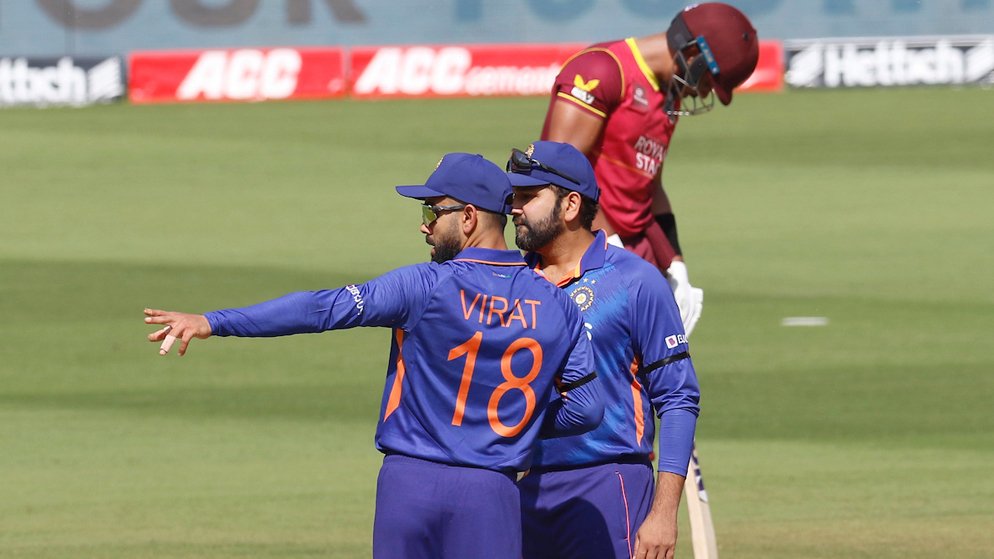 The Indian cricket team is eyeing a series victory in the upcoming match against the West Indies in the 2nd ODI match, here in Ahmedabad on February 9, 2022. By playing in the game, India will make cricket history by becoming the ODI international team in the world to cross the 1000 ODI international matches mark. Team India has already made the record of being the first ODI team to compete in 1000 ODI games in the inaugural ODI game on Sunday, February 6.

India Looking To Seal Series In The Second Outing

With a comfortable win under their belt in the first match, Team India will be looking to seal the ODI series in style in the second match on Wednesday, February 9. The onus rests on the shoulders of Indian skipper Rohit Sharma and the rest of the playing eleven to wrap up the series in style.

India has performed brilliantly in the first ODI, despite a handful of key players of the squad being sidelined due to Covid-19. Star batsmen Shikhar Dhawan, Ruturaj Gaikwad, Shreyas Iyer, and all-rounder Axar Patel, are all out of the series since contracting the deadly Covid-19 virus earlier this week. Also, Team India is competing in this ODI following the 0-3 drubbing that it had to endure in the 3-match ODI series against South Africa in South Africa earlier this year. The West Indian side, already one match down in the series, will be looking to put a stop to further destabilization of the team with a much-needed victory in the second ODI.

The second ODI match between home side India and visitors to the West Indies will be played in the same venue as the first match, i.e., the Narendra Modi Cricket Stadium, previously known as the Motera Stadium. The game will lick off at 1.30 pm (IST).

Cricket fans in India will be able to view the match live on the Star Sports Network. All those who would for live streaming get non-stop streaming coverage of the game on streaming service provider Disney+Hotstar.

The Ahmedabad pitch is well-known for being friendly to batsmen. This is a good pitch to bat on, where ODI scores have generally reached high scores. Historically, Ahmedabad has not been a good option for pace and seam bowlers. But spinners have been able to get decent spin and turn out of the pitch over the years.

Possible Starting Line-up Of Both Teams

Going into the second ODI match, India has been bolstered with the strong batting show by new Indian ODI captain, Rohit Sharma, in the first match. Another positive news for the Indian side will be the return of vice-captain KL Rahul in the squad from an injury-related absence. With both Suryakumar Yadav and Deepak Hooda looking in fine touch, it would be tough for the team selectors to pick the right playing eleven. Mayank Agarwal has also been declared eligible to play for the Indian team following his completion of the Covid-19 quarantine.

India’s bowlers had put on a superb show in the first match by completely shattering the West Indian batting line-up. The peak among the Indian bowlers was Mohammad Siraj and Yuzvendra Chahal, who stopped the opposition batsmen from scoring freely. The spinning duo of Yuzvendra Chahal and Washington Sundar piled more pressure on the West Indian batsmen until they faltered in their game and played poor shots.

For the West Indies to get back in the series, two of their senior players, skipper Kieron Pollard and Jason Holder, would have to pick up their standards. With most of the players on the side being young and inexperienced, the responsibility of carrying the team to victory will rest with them.