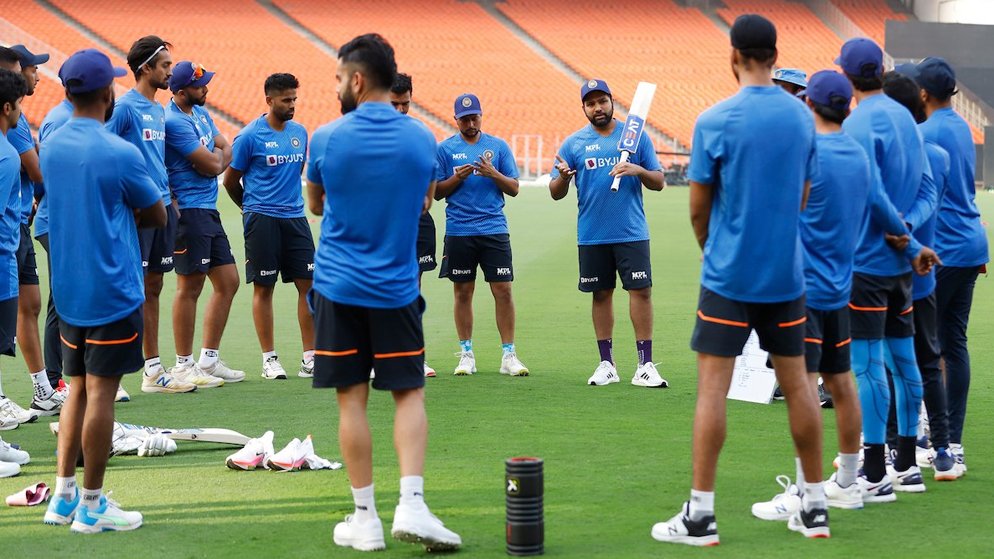 It is almost time for the start of India’s ODI series against the West Indies. The West Indian team has arrived in India to compete against the Indian team in three One Day International matches, beginning on Sunday, February 6, in Ahmedabad. The renovated and refurbished Motera Cricket is going to host all three ODI games. The stadium is currently the biggest stadium in the world and has been rechristened as the Narendra Modi Cricket Stadium. The first ODI between Team India and the West Indies will be played in Ahmedabad, as has been mentioned already, and the game will begin at 1.30 pm (IST).

Reports from the Indian camp suggest that newly appointed Indian ODI skipper, Rohit Sharma, will take the crease along with Mayank Agarwal to open the Indian innings. This will be a diversion from the original Indian plan, as opening options Shikhar Dhawan and Ruturaj Gaikwad both tested positive for Covid-19 during the three-tier testing process earlier this week. They have been put to extended isolation. Vic-captain KL Rahul will also not be available for the series opener. With several big names missing from the squad, it is most likely that players such as Suryakumar Yadav will get a place in the starting line-up. If he plays, Yadav will most probably be given the number 5 slot in the batting line-up. Promising youngsters Deepak Chahar and Washington Sindar are also in contention to play the first ODI match.

India’s bowling department is looking strong as ever, with the addition of a variety of pace and spin options. In the pace category, the likes of Mohammad Siraj, Prasidh Krishna, and Deepak Chahar will add fire to the bowling attack. Comeback king Yuzvendra Chahal is very likely going to lead the spin-charge against the West Indian batters.

The West Indian side has some very bright batsmen. With the inclusion of Nicholas Pooran and Shai Hope in the West Indian squad, the task cut out for the Indian bowlers is looking tough. Jason Holder’s presence in any West Indian team becomes a big bonus. Holder will play the ODI series in India, and his all-around skills with both bat and bowl are sure to cause headaches in the Indian camp. The latest sensation in the West Indian team, Akeal Hosein, has come to India with great hopes riding on his shoulders. Many cricket observers are of the view that Akeil Hosein has the capacity to become the next great West Indian performer. Hosein’s exceptional strike rate could provide the West Indian side a spark in their lower middle-order.

Although India will be the stronger side going into the first ODI on Sunday, many cricket observers are of the view that despite playing on home turf, India won’t have it easy against a resurgent West Indian Side. It is common knowledge that Team India is experiencing a transition phase with the change of captaincy and a host of new players coming into the squad. On the other hand, West Indies are on a high following their series win against ODI World Champions England. As the two top sides take to the field on Sunday, it will be business as usual for players from the sides. Everyone would want to win the game for their respective sides.

In One Day International cricket history, India and the West Indies have faced each other a total of 133 times. They have produced wonderful displays of entertainment over the years, and are neck-to-neck in terms of winning margins. India has bested the West Indies 64 times, while the latter has got the better of the former 63 times. 2 games have ended as tied matches in their ODI history, and 4 matches finished without any result.

Probable Starting Line-up Of Both Teams

As it stands today, India and the West Indies have always given cricket fans a worth for their money by putting entertaining games for the spectators worldwide. For Indian cricket fans, the first ODI will be extra special because star Indian batsman Virat Kohli will be looking to set the record of scoring 5000 ODI runs at home.