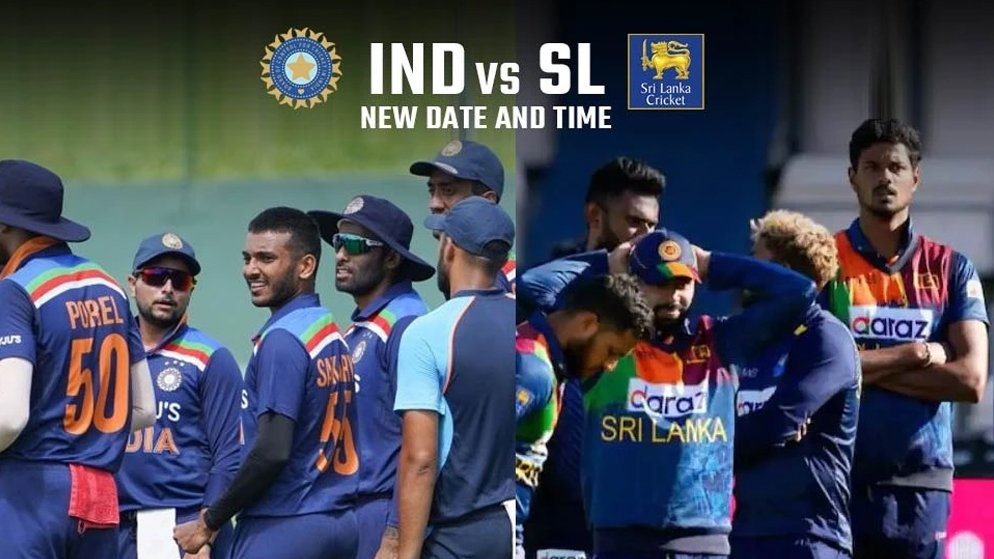 Right after completing the ongoing 3-match T20 International series between Team India and the West Indies, Sri Lanka will be landing in the country for an extended tour of India. During their stay, the Sri Lankan cricketers competed in 3 T2O International games and then 2 Test matches. The Sri Lankan adventure for Team India will begin on Thursday, February 24.

On the occasion of the Sri Lankan team’s impending arrival, the Board of Control for Cricket in India (BCCI) has made an official statement on Tuesday, February 15, regarding the India-Sri Lanka Tour list of games and their venues. The BCCI has had to revise its previous schedule because of disruptions caused in preparations by the recent Covid-19 surge in the country.

The board’s original plan that was drawn up had the Test matches at the beginning of the tour, followed by the T20 Internationals. However, the latest changes made by the BCCI see the T20 leg being placed before the Test leg. The updated schedule will see the first of the 3 T20Is played on February 24 at Lucknow. That game will be followed by the 2nd and the 3rd T20Is, both of which will be played in the hill-town destination of Dharamsala.

The first of the two scheduled Test matches have been fixed to be played in Mohali from March 4, 2022. This will be a landmark Test for India’s star cricketer and former captain, Virat Kohli. Once he takes the field on the first day of the Mohali Test, Virat Kohli would have appeared in a landmark 100th Test match of his career. Only a few selected cricketers are fortunate enough to play 100 or more times in the Test format for the Indian national side. And Kohli would be joining an illustrious list of an elite bunch of Indian cricketers who have already made it to the hallowed list. Once the first Test match gets taken care of, both sides fly to Bangalore to take on each other in the second Test, which is scheduled to start on March 12, 2022.

It has been reported in the media that one of the reasons behind the change in the structure in the India-Sri Lanka Tour is because of the official request that the Sri Lankan cricket board had made, Sri Lanka Cricket (SLC), to the BCCI. The Sri Lankan board had asked its Indian counterpart to alter the series schedule like that would help them manage the bubble-to-bubble transfers of the Sri Lankan cricketers and support staff during their journey from Australia to India. It is important to note here that Sri Lanka would be busy playing a 5-match T20 International series against Australia until Sunday, February 20, 2022.

The BCCI’s official release draws up the India-Sri Lanka Tour plan nicely. According to the press release, the governing board of cricket in India has said, “The Board of Control for Cricket in India (BCCI) today announced a change in schedule for the upcoming Paytm Sri Lanka Tour of India. Sri Lanka will first play the T20 series comprising three matches followed by a two-match Test series, which will be part of the ICC World Test Championship, 2021-23. Lucknow will now host the first T20I while the next two will be played in Dharamsala.”

The statement further reads- “The first Test will now be held in Mohali from March 4 to 8th and the second Test will be played from March 12 to 16th in Bengaluru.”

The official tour dates and fixture list as released by the BCCI is as follows:

Team India has not played Sri Lanka in the T20I format since July of 2021. Back then, it was India’s turn to visit the island nation and compete in a 3-match ODI series, followed by a 3-match T20 International series. On that occasion, Team India had notched up a victory in the ODI series but fell short in the T20 series. The Sri Lankans had won the T20 series after winning two games to India’s one. With the T20 World Cup coming up later this year, both India and Sri Lanka would be up for some tough contest on the cricket ground.