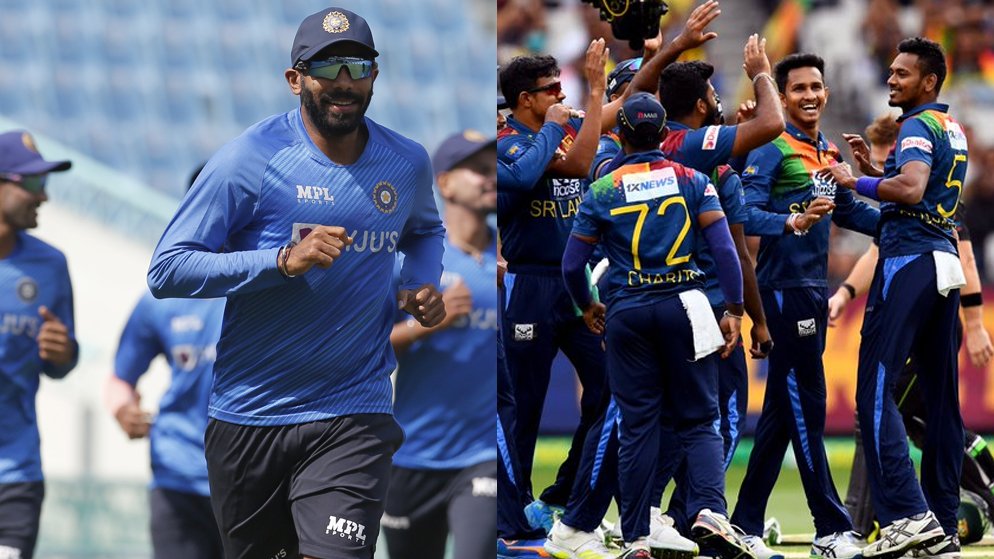 The year 2022 is becoming a hectic year for Team India. Just one and a half months have elapsed. Still, the Indian cricket team has already played several games against different sides. The trend is looking to continue, as Sri Lanka is waiting its turn to take on an in-form Indian team. Although India will be the clear favourite to win the upcoming T20I series, taking the visiting Sri Lankan lightly could become a mistake on the hosts’ part.

After only a break of three days, Team India will go back to the field again to engage with one of their sub-continental cricketing rivals. Sri Lanka has arrived in India to play a 3-match T20I series before heading back to their country. They have come to India directly from faraway Australia, where they lost a 5-match T20I series to World Champions Australia 4-1. The Sri Lankans will be looking to make some severe amends by a solid performance against another heavyweight T20 side in global cricket, i.e., India.

Team India On A High After Back-To-Back Series Wins

Team India will be a tough team to play against in the current scenario. The Indian side has been very dominant lately. It has decimated the West Indies in the ODI and the T20I series in India’sIndia’s recently-concluded Windies’Windies’ Tour. Also, India has been getting home advantage for a while now, and this series too will be played on the home turf. With new all-format Indian skipper Rohit Sharma at the helm of affairs, the Indian side is looking more dangerous as the days are marching towards the ICC Men’sMen’s T20I World Cup later in the year in Australia.

What has been very impressive to see in the Indian squad is the amount of fresh talent the latest additions have brought to the side. Players such as Venkatesh Iyer and Ravi Bishnoi have performed brilliantly over the course of the last two series, and that has signalled to the national selectors that the future of Indian cricket is bright. While Ravi Bishnoi has received several praises for his intelligent spin bowling against the West Indies, Venkatesh Iyer has almost carved a permanent place for himself in the Indian middle-order in the T20 and ODI formats.

As has been mentioned before, the first T20I between India and Sri Lanka will be played on Thursday, February 24, 2022, at the Ekana Sports City near Lucknow, Uttar Pradesh. The match is scheduled to kick off at 7 pm (IST). It is expected that the umpires and the players from both sides will take the field by 6.45 pm (IST).

The groundsman has reported that the pitch that has been prepared for this T20I match will be a batsman-friendly pitch. Since this is a T20I match, and a percentage of spectators inside the stadium would be allowed after following Covid-19 norms, the stadium officials are well aware that the crowd would want to watch a high-scoring match. It is no wonder then the pitch has been made keeping the batters in mind.

However, this game would not turn into a batsmen-centric match, as the groundsman said that spin bowlers would get substantial support from the pitch. So, we have to wait and watch how the Indian and the Sri Lankan spinners ply their trade on the field on Thursday evening. This being an evening match, the dew factor could also play an essential role in the game’s later stages. It is pertinent to say here that the skipper who wins the toss would most likely opt for batting.

As has been the case for quite a while now, the match will be broadcast live on the Star Sports Network in India. For those fans who prefer to watch games on their smartphones, Disney+Hotstar would provide seamless streaming services via its app.

India and Sri Lanka have played each in the shortest format of the game a total of 22 times. India has been the dominant side and has won 14 games, and Sri Lanka, on the other hand, has managed to carve out just seven victories. Fans will be on the edge of their seats for this series.