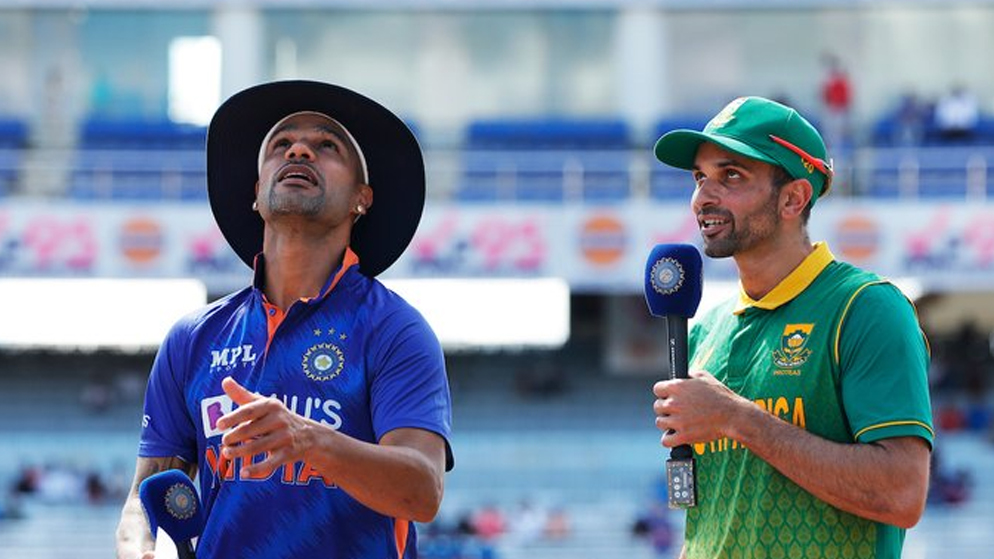 India vs South Africa 3rd ODI: The world is ready to witness yet another great battle for ODI cricket. The 3rd ODI match of the South African tour of India, 2022 is scheduled for Tuesday, October 11, 2022, at Arun Jaitley Stadium, Delhi. We provide 100 safe, perfect and accurate match predictions of India and South Africa today.

The run of three ODI matches between India and South Africa now stands at 1-1 and this match had become a final. The winner of this competition will also lift the ODI series trophy. India bounced back strongly after losing the first match and won the second ODI match by a handsome margin of seven wickets. South Africa was also good in that match, but they were on the losing side.

India lost the toss and was asked to field first in the second ODI game. We don’t think India’s bowlers were good in that match. They leaked 278 runs in 50 overs. Mohammad Siraj proved to be their side’s most successful and highest wicket-taker, taking three wickets in ten overs for just 38 runs.

Shardul Thakur performed well, taking one wicket in five overs against 36 runs. Washington Sundar, Shahbaz Ahmed, and Kuldeep Yadav also picked one wicket each. Avesh Khan was the only bowler to fail to pick a wicket, but he was the economical bowler, leaking just 35 runs in seven overs.

We think India will make some changes to their bowling squad for this match. The way India’s batters performed in the previous game was simply outstanding. They chased the target for 279 runs in just 45.5 overs. Virtually all batters for their part put some runs on the board. Shreyas Iyer was just excellent with the bat. He scored his second ODI hundred.

He was also the top runs scorer in the previous match, scoring a total of 113 runs and not stopping in the pursuit of the goal. Ishan Kishan was the other batter who performed well in the previous game. He scored 93 runs off 84 balls using four boundaries and seven huge sixes. Shreyas Iyer didn’t hold back after scoring 30 runs, while Shubman Gill scored 28 runs.

South Africa’s batting order was good in the second match and it was the bowling division that failed to deliver the best performance and they lost the match. South Africa put up a total of 278 runs in 50 overs. Quinton de Kock was in good form, but he failed to get some big runs on the board, scoring just five runs. The rest of the batters were good in the previous game and almost every batter put some runs on the board.

Aiden Markram proved to be the most successful and highest point’s scorer in the previous match with 79 runs to his name on 89 balls using seven boundaries and one huge six. R Hendricks also performed well with the bat, scoring 74 runs.

David Miller was the other batter to put some runs on the board. He scored 35 runs while Janneman Malan scored 24 runs. South Africa lost the previous match due to the worst performance of their bowling unit. They failed to defend the 279-run goal and leaked it in 45.5 overs. Wayne Parnell was the only successful batter from their side to take one wicket in eight overs for 44 runs. Bjorn Fortuin and Kagiso Rabada also picked one wicket each, while Anrich Nortje, Aiden Markram, and Keshav Maharaj were the bowlers who failed to pick a wicket. Temba Bavuma did not play eleven of the previous match and Keshav Maharaj led the team.

The 3rd ODI match between India and South Africa is going to be played at Arun Jaitley Stadium, Delhi. The pitch at this stadium is excellent for batting. The boundaries at this venue are short and will bring the spinners into play. The pitch will continue to be good for batting throughout the match.

Weather Report for This Match

The weather forecast in Delhi on match day is good. There are almost no chances of rain and we should have a full match. Toss Prediction in Today Match Prediction

The toss can play an important role in the decision of this match. According to our toss prediction, the team who will win the toss may elect to bat first.

Winning Chances of Today Match for the Both Sides