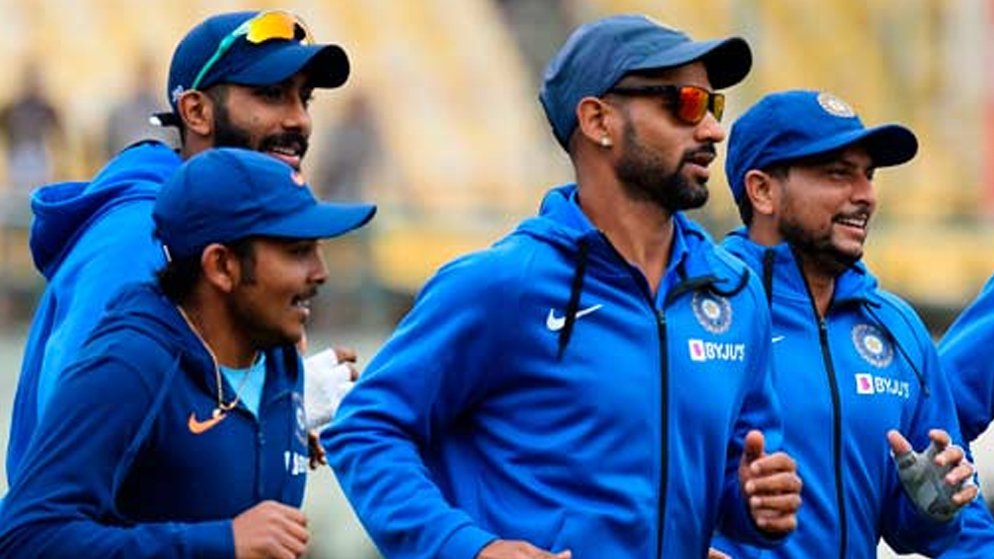 India is set to take on Sri Lanka with a force that is understood to be quite young and inexperienced. A set of three one-day internationals and two T20s will be played out between both sides. This relatively younger squad will be led into action by Shikhar Dhawan who is selected to captain his side. India will be touring Sri Lanka in July and the matches will be played out between the 13th to 25th of July. The Lions will host the blue army in R Premadasa International Stadium, Colombo. Rahul Dravid will be the coach of this Indian side which features a huge set of fresh talents and newcomers.

The India tour of Sri Lanka will take place right after the ICC Men’s World Test Championship ends. India will be without their set of first-team players, the ones more experienced than the travelling squad. This is because of the jam-packed schedule, wherein the countries have to play matches within a short interval of time. Also, the first team which has already reached England for the ICC Men’s World Test Championship will have to quarantine themselves for a period of 14 days before they play the final. The final end on 22nd June and it will be a terribly difficult task for the players to travel to Sri Lanka for the upcoming tour and quarantine themselves yet again. Hence, a B-team has been deployed who will be touring Sri Lanka, instead of the big names.

Bhuvaneshwar Kumar has been selected as the vice-captain who will lead this team along with Shikhar Dhawan. The left-handed opener, was ruled out of the World Test Championship Final travelling squad and also left out of the upcoming T20s against England; despite being the highest run-getter in Indian Premier League. A number of new names find themselves in the list, travelling to Sri Lanka. For few of them this could prove to be the revival match of their careers and for the rest a life-time opportunity to make a name for themselves.

On a regular day the likes of Rohit Sharma and Virat Kohli will not have the selectors pick an inexperienced yet energetic team. However, a perfect opportunity has sprung up for these cricketers. Devdutt Padikkal, Nitish Rana, Rituraj Gaikward, and the 23-year-old Chetan Sakariya have earned their maiden call ups. All of these players have been a phenomenal force for their teams in IPL. The 23-year-old Chetan Sakariya who earned quite a name for himself in IPL will be a treat to watch.

Prithvi Shaw, Manish Pandey, and Sanju Samson have found their way back into the squad. Prithvi Shaw was dropped from the starting eleven. After disappointing performances in India’s tour of Australia was also not picked in England’s tour of India later. But the left-handed opener seems to have found his form back after a brilliant display of batting in this edition of IPL. The 4th highest run-getter for Delhi Capitals will have a lot of responsibility on his shoulders in this tour.

It is understood that the opening partnership of Shikhar Dhawan and Prithvi Shaw is quite destructive and not an easy nut to crack. On the other hand Sanju Samson will be entrusted with his set of responsibilities as well. It will be interesting to see if Sanju Samson is picked ahead of Ishan Kishan; as both of them are quality wicket-keepers and run getters. A bad performance in either of the matches could see one of them dropped out of the starting eleven.

Varun Chakravarthy, the KKR mystery spinner has also been picked. The player has some ongoing fitness issues and hence missed a few matches during the tour in Australia. A spinner of his ability could have proved handy for India who play England in the upcoming months; but failed to book a spot in the squad as he did not pass the fitness test.

Among other names, Shreyas Iyer has been one big player who has not made it to the squad. With a number of strong openers and middle-order batsmen already in the squad; it was difficult for Iyer to find himself in the list. Iyer has missed out on a number of matches including the entire IPL; since his injury during the England tour of India.