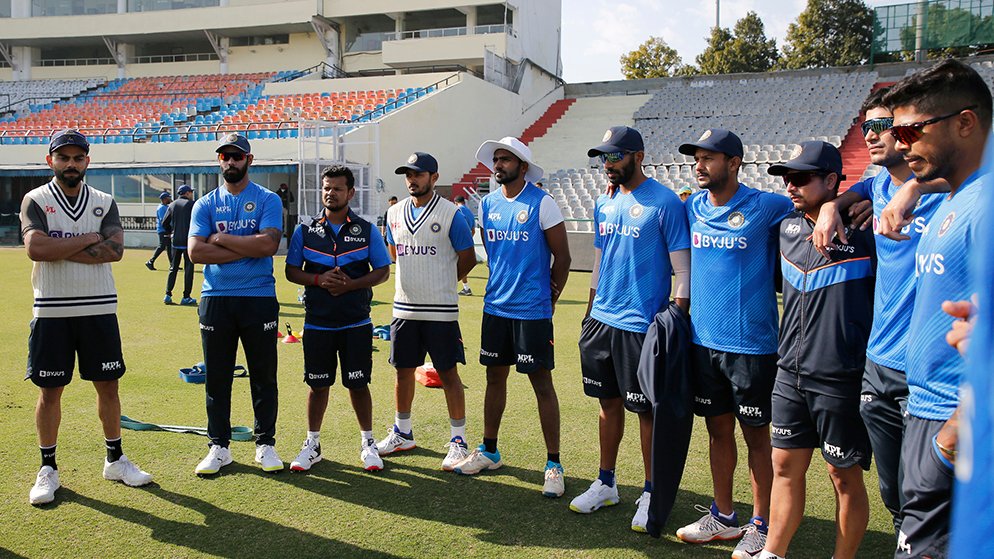 Team India is currently gearing up to take on a visiting Sri Lanka in a 2-match Test series, to be played from Friday, March 4, 2022, in Mohali. The Indian Test side is presently positioned in third place in the ICC men’s rankings for the Test format. On the other hand, the Sri Lankan team is occupying the seventh spot in the same list currently.

So, many cricket commentators and observers feel that this could be another easy walk-in-the-park kind of situation for the in-form Indian Test side. However, as we all know, in the game of cricket, chances of major surprises can never be ruled away.

When we look at the history books, we find that Sri Lanka is yet to find a single victory in the Test format while competing against India in India. On the whole, India and Sri Lanka have faced each other in Test matches more than 30 times over the years. India has been the clear dominator in this fixture, after registering 20 wins, whereas Sri Lanka has been to emerge victorious only 7 times.

It remains to be seen whether India keeps raising the number higher up, or Sri Lanka manages to turn it around in the upcoming series. In recent times, India has been through an ascendancy period, while Sri Lanka has not been quite up to the mark. In the 2019-21 World Test Championship cycle, India finished as the runners-up. Sri Lanka, on the other hand, was placed at the bottom half in the eighth position by the end of the competition.

The national selectors have made headlines by dropping a handful of senior Indian Test cricketers last month. Veterans players such as Ajinkya Rahane, Chesteshwar Pujara, Ishant Sharma, and Wriddhiman Saha, have been removed from the Indian Test Squad that is scheduled to play against Sri Lanka in the upcoming series. In their place, a host of fresh new faces have been inducted.

For the openers’ slots, it is most likely that India would stick to Rohit Sharma and one among either Mayank Agarwal or newcomer Shubhman Gill. Rohit Sharma has a batting average of almost 60 while opening for his country in the Test format. Although he has not played Tests lately, his good form in the shorter formats of the game added to his vast experience in Tests would definitely come in handy for India.

Mayank Agarwal performed well in the Test series in South Africa and will be a strong contender for the second opening slot along with his skipper. Alongside Agarwal, India would be looking to give a shot to newbie Shubhman Gill in one of the two Tests. Since India is currently experimenting with its squad and following a rotation policy, few people would be surprised if Gill gets a chance to open the innings in one of the two matches.

The India-Sri Lanka Test series will be the first series that will feature Rohit Sharma as the captain of the Test side for the first time ever. After Virat Kohli stepped down as the skipper of the Test team following the side’s defeat at the hands of South Africa in South Africa earlier this year, the Board of Control for Cricket in India (BCCI) decided to make Rohit Sharma the next chief of affairs of the Test side as well.

The BCCI had already made Sharma the skipper of the shorter formats before that. It is interesting to note at this juncture that there was a time when Rohit Sharma was not even considered suitable to play in Tests by many leading cricket pundits. From that situation to have come this far has been a laurel for the stylish batsman from Mumbai. He has already become a legend in the IPL by leading his side, the Mumbai Indians, to multiple IPL titles. His performance both as player and captain in the recent ODI and T20 series has also been excellent.

So, what remains to be seen is how well Rohit Sharma can lead the Indian brigade in the most prestigious and grueling format of the game. Cricket fans all across the county and abroad will find that out soon.