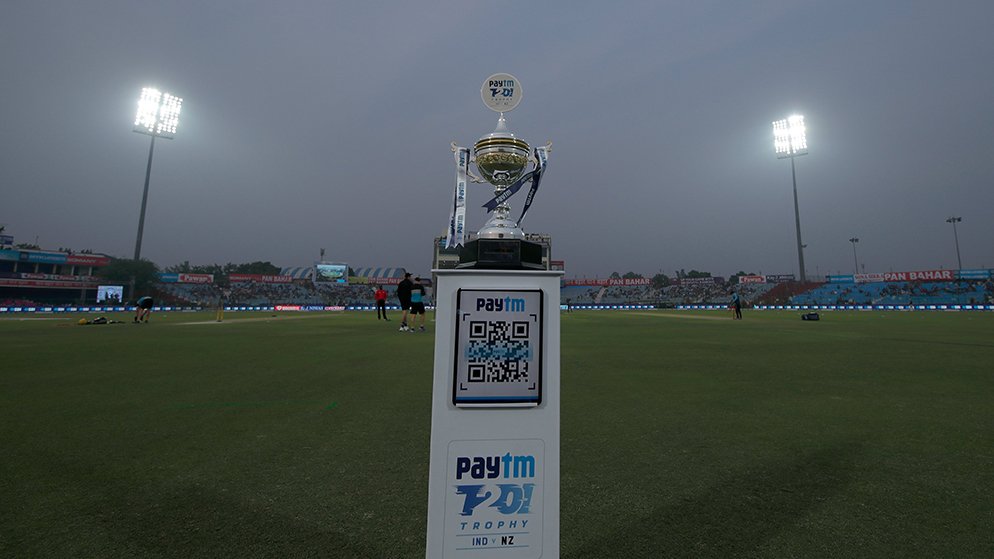 India- New Zealand 3-match T20 series is going for the final flourish on Sunday, November 21, in Kolkata. India has already sealed the series with a win in Ranchi this past Friday. Although the match on Sunday will be a dead-rubber match from India’s perspective, a win would clear all doubts on the depth and talent of this Indian side. On the other hand, New Zealand would be looking to stop India from completing a whitewash and leave with their pride intact.

In the second match, India put up a convincing performance to notch up a 7-wicket victory. After winning the toss, skipper Rohit Sharma had opted to bowl first. The Kiwis finished with a score of 153 for the loss of 6 wickets. In reply, Indian openers Sharma and Rahul thrashed the bowlers all over the park to guide the team to a comfortable victory.

The last match of the T20 series is going to be played at the historic Eden Gardens in Kolkata. Since the game is scheduled on a Sunday evening, a huge footfall is expected in the stands. Cricket is a huge craze in the City of Joy. Local boy Sourav Ganguly is the former head of the Cricket Association of Bengal and the current BCCI President. He will likely be present at the ground during the post-match prize distribution ceremony.

The match will kick off at 7 pm (IST). The groundsman has reported that the Eden pitch is going to be slow and helpful for the spinners at large. In recent years, teams batting first here have rarely scored past the 130-140 mark. So viewers are in for a closely-fought match. Bowlers from both teams will have a huge role in helping their respective teams.

Seeing that it is mild winter here at Kolkata, temperatures would linger around 25 to 18 degrees centigrade. Chances of dew affecting the proceedings of the match are low. This is the ideal weather for a good game of cricket.

The broadcast rights of this match are owned by the Star Sports Network. They would be airing it live on their channel/s. Streaming service Disney+Hotstar is the other option available for mobile viewers.

The Indian top-order batsmen have been on a red hot streak. Captain Rohit Sharma, deputy K L Rahul and others such as Suryakumar Yadav have been in fine touch. Rishabh Pant has been clinical in finishing both the matches that have been played so far. Among the debutants, Venkatesh Iyer has been impressive with his cameo appearances.

The partnership of Rahul Dravid and Rohit Sharma has worked wonders for Team India in the first couple of matches. The cold, calculative approach of batting legend Dravid has brought in particular professionalism in the side. They have become better readers of the game.

The Kiwi side is missing their charismatic captain Kane Williamson. He is sitting out this series to make himself better prepared for the upcoming Test matches. His absence is being felt everywhere. His replacement, Mark Chapman, however, has grabbed his opportunity pretty well and has been performing nicely.

The main concern for the Kiwis has to be the ineffectiveness of their spin bowlers so far. Star leg-spinner Ish Sodhi has failed to make an impact in this series. Santner has also struggled with his bowling. New Zealand knows well that to win the last game, their bowlers have to find their lost rhythm.

New Zealand has always been the one team that has haunted India in the big events. In several marquee competitions over the years, the Kiwis have dealt the death blow to the hopes and dreams of the Men in Blue. In recent memory, one can think of the World Test Championship in 2019, when Team India lost the match to surprise-package New Zealand.

With this backdrop, India has a chance to put some healing ointment over old wounds. If they beat New Zealand on Sunday, they would go up in numbers over their old nemesis in head-to-head meetings in T20 internationals. Fans and supporters can now pray and wait until tomorrow.