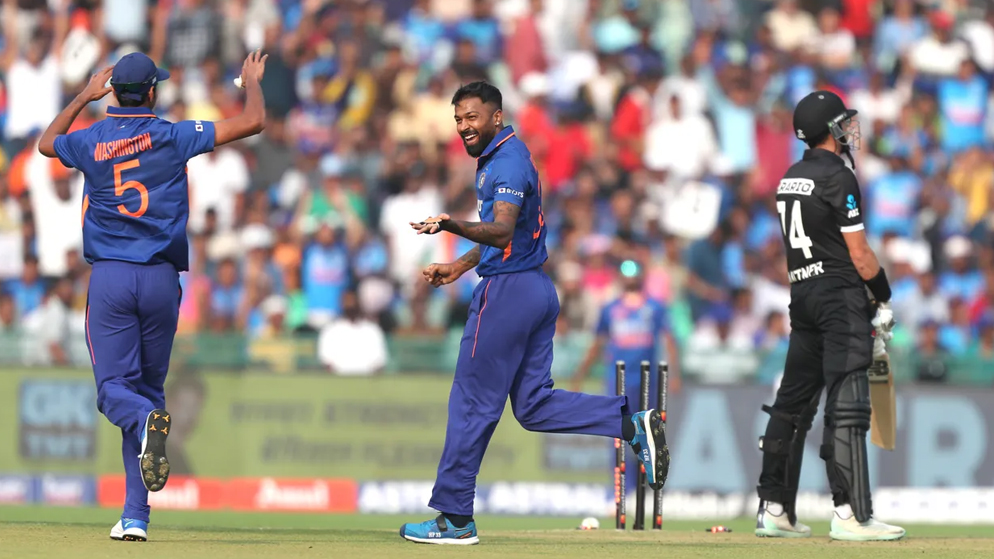 Holkar Stadium in Indore is the venue for the final ODI of the series, with India taking on New Zealand on Tuesday afternoon. India secured the series with one match to spare after winning by eight wickets at Raipur on Saturday as New Zealand was dismissed with 35 overs in a one-sided clash. Read on as we preview this match. This last ODI starts at 13:30 local time.

India has won all five previous ODIs at this venue and has entered this game brilliantly in this format. It would be a big surprise if they didn’t win 3-0 in this game.

Although New Zealand was quite disappointing in Saturday’s game, they remain a very competitive team in this format and tend to react well to poor performances. However, it will be very difficult for them to win this match.

India and New Zealand meet in the third and final match of the three-match ODI series on Tuesday (January 24) at Holkar Stadium in Indore.

Team India, managed by Rohit Sharma, got a big scare in their opening game against New Zealand and survived Michael Bracewell’s 140 to 78 to take the series lead. However, the Men in Blue were clinical in the second match in Raipur.

The hosts won by eight wickets to claim the series 2–0. India chased the mark in 20.1 overs, their most important victory in ODIs against the Kiwis in terms of balls remaining in the second innings. Their previous biggest win was in 2010 when they won with 179 balls left.

Mohammed Shami was the three-wicket bowlers’ choice and helped India bowl the visitors out for 108 in 34.3 overs. Hardik Pandya and Washington Sundar took two wickets each, while Mohammed Siraj, Shardul Thakur, and Kuldeep Yadav took one wicket each.

New Zealand was 15-5 in 10.3 overs before being bowled out for 106. The chase was quite easy for the hosts. Rohit Sharma scored 51 from 50 before Henry Shipley dismissed him, while Shubman Gill remained unbeaten at 40 from 53.

India is superior in the confrontation between the two teams. The two sides clashed on 115 occasions, the Men in Blue winning 57 matches and losing 50.

Three of the last four ODIs at Holkar Stadium have been won by the team that batted first. We predict that both captains will want to strike first in this game.

The pitch in Indore is excellent for batting, and a high-scoring game seems to be in the cards. Winning the coin toss and fielding first should be the way to go.

There is currently no chance of rain. The temperature will probably be 25 degrees Celsius and could drop to 18 degrees by the end of the game.

Apart from a podium where Mitchell Santner and Michael Bracewell hit beautifully, India looked dominant in the ODI series. The hosts are expected to win the third game and win the series 3-0.

India, as they won the series, would be eyeing a whitewash. Rahul Dravid and co. have every chance of becoming the No. 1 ODI team in the world, if they complete the clean sweep they will advance. The Blackcaps had a disappointing game in Raipur and while they intend to rectify that, it looks like India will prevail once again and complete an emphatic 3-0 defeat.