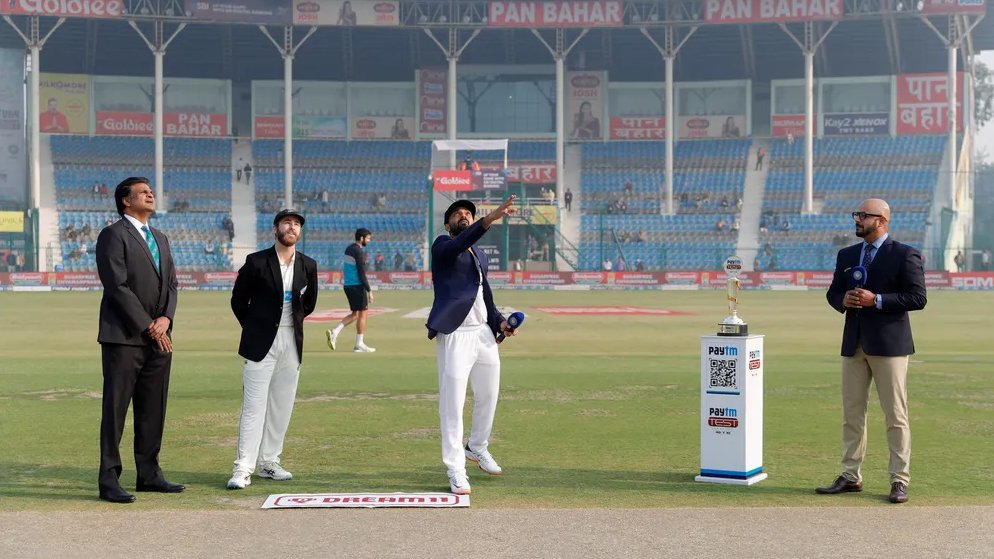 The stage is set for the next encounter between India and New Zealand on the cricket field. This time around it will be a 2-match Test series beginning on November 25, Thursday. India will be going into this series with their heads high following the 3-match T20 series whitewash.

The first test match is going to be played at Green Park in Kanpur, Uttar Pradesh. The two skippers would report for the toss at around 9 am in morning. Following this, the two teams would take to the field and the umpire would signal play to start at 9.30 am (IST).

The Green Park pitch has been historically friendlier to batters. It has been made more suitable for spin bowling, as per the latest reports. In his interview, Skipper Rahane opined that good shot selection could make it easy for batsmen to pile up runs pretty smoothly on this ground.

The Star Sports Network will be airing the match live on its channel/s. Non-television viewers will get a live feed on streaming service provider Disney+Hotstar.

India and New Zealand have played a total of 60 test matches against each other. Out of these, India has been victorious in 21 games. New Zealand, on the other hand, has won 13 of them. The rest, i.e. 26 games, had been drawn. No match between these two has ended in a tie as of yet.

On home turf, India has fared even better. They have dominated at home, seeing as16 out of those 21 wins have come on Indian soil. They have allowed the Kiwis to snatch victories on 2 occasions only while playing in the subcontinent.

A host of Indian cricketers will be missing from the playing eleven on Thursday. Regular captain Virat Kohli is still resting and will be joining the squad before the second test. Newly appointed T20 skipper Rohit Sharma is also seeking time out due to hectic scheduling and will not be seen in this series. Opening batsman KL Rahul has incurred an injury and will also not play. Other star players like Rishabh Pant, Mohammad Shami and Jasprit Bumrah are also not playing in this series.

Under these circumstances, several spots have opened up in the starting line-up. Stand-in skipper Ajinkya Rahane would have a tough job to decide on the right combination of players. It would be interesting to see who gets the nod for the role of the wicketkeeper, as both Wriddhiman Saha and KS Bharat would be vying for a chance to shine. With both regular openers out of the series, Mayank Agarwal would most likely open the Indian innings along with newcomer Shubman Gill. Internal sources have suggested that India would opt for three spinners at Kanpur.

The Kiwis do not have a string of missing players on their roster. Their squad is well-stocked with both experienced players and fresh talent. The return of veteran batsman Ross Taylor has given the Kiwis something to look forward to. He has been a rock in the Kiwi middle-order for over a decade now and captain Kane Williamson would be looking towards him for providing that depth in their batting line-up. The New Zealand side will also see the induction of fresh new faces in the form of batters Will Young and Henry Nicholls.

The Kiwis would likely take a leaf out of India’s book and select three spinners themselves. In their case, Mitchell Santner, Ajaz Patel and William Somerville are the frontrunners to join the play. It is important to note here that veteran pacers Tim Southee and Trent Boult are both not playing the test series.

India Gearing Up For Big Challenge

The memories of the defeat at the hands of the visitors in the World Test Championship final in June this year will be fresh in the corridors of the Indian dressing-room. With this backdrop, all eyes would be on this young and inexperienced Indian test side on Thursday morning as they go out on the field to take on the current number one test team in the world.