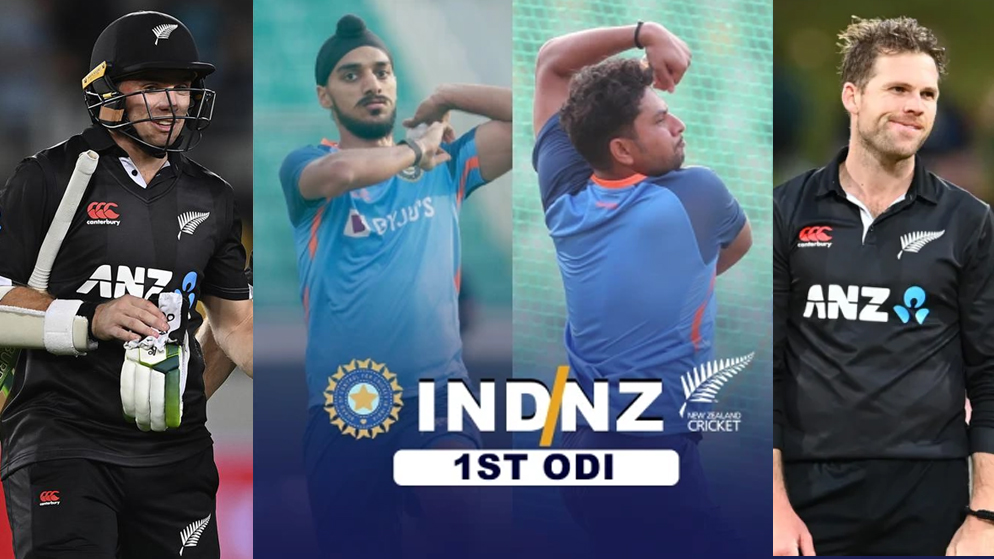 The India vs New Zealand ODI series will commence on 18th January 2023. The first ODI will be played at Rajiv Gandhi International Stadium in Hyderabad. The series will be to eat the nails, as both teams are the kings of this format. Every one of them likes to deal with the 50+ format. The New Zealand team has managed to reach 2 consecutive ODI World Cup finals and is also a star-studded team. Here’s a quick preview of India VS New Zealand’s 1st ODI:

The Indian team is coming off a 3-0 shutout against Sri Lanka where the batsmen had fun hitting the bowlers. Virat Kohli continued his form as he hit two centuries in the series and was named Man of the Match. Shubman Gill hit 70 runs in the first game and then scored a ton in the third ODI. Rohit Sharma started well but failed to make a great score. Along with KL Rahul and Shreyas Iyer backed by Suryakumar Yadav, India’s batting line-up looks good to take on the Kiwi challenge.

Mohammed Siraj was outstanding among the bowlers and consistently provided early wickets for his team. Mohammed Shami works well with Siraj, while Umran Malik has been successful in picking up wickets in the middle. Choosing between Yuzvendra Chahal and Kuldeep Yadav is going to be a puzzle for India as they played in their 11th game with just a snap to maintain their team mix. Washington Sundar along with Hardik Pandya will also contribute to the bowling department.

New Zealand, on the other hand, record a 2-1 victory in Pakistan and would face India given their recent experience and performance in sub-continental conditions. However, the team will be without captain and vice-captain Kane Williamson and Tim Southee, who have chosen to rest after they toured Pakistan. After Kane Williamson, Devon Conway ran the most in the ODI series against Pakistan, where the opener scored 153 runs in 3 innings with a ton and fifty to his name. Glenn Phillips stepped into the ODI decider and scored a total of 103 runs in the series with fifty to his name.

While Tim Southee was the leading wicket-taker, spinner Michael Bracewell was the second-highest wicket-taker for the Kiwis with 4 wickets to his name in 3 matches. Lockie Ferguson and Ish Sodhi took 3 wickets each; and Sodhi is expected to put up a strong challenge against the Indian batsmen with his spin alongside Mitchell Santner.

Wickets are known to be flat and get slower as the game progresses. This means the spinners would enjoy bowling here more than the pacers. But the last international match at the venue indicates favorable batting conditions as more than 350 runs were scored in the T20I clash between India and Australia in September 2022. Also in the six one-day international matches held at the venue, chasing and beating the team first has each won three times.

The weather forecast for Wednesday (January 18) calls for a warm afternoon, followed by slightly cooler conditions overnight with a high of 31°C, dropping to a low of 17°C during game hours. There is no chance of rain all day long and also in the run-up to the game. So expect a non-stop match.

India and New Zealand have been in good form in ODIs lately. However, lacking key players in the visiting team, the Indian team would start favorites to win the first ODI due to local conditions.