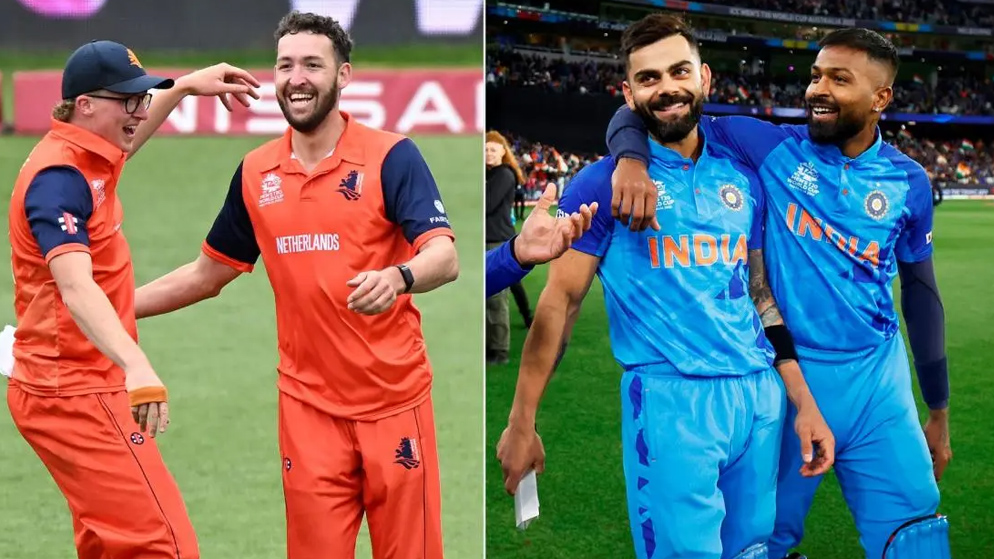 India vs Netherlands – The six teams from Group 2 of the Super 12 round will play on Thursday. The Indian team will once again steal the spotlight as they take on the Netherlands in Sydney.

India will be very confident after an incredible win over Pakistan from behind, courtesy of former captain Virat Kohli’s stunning 82 runs from 53 balls, which sealed the chase for 160 on the last ball from the over.

The Netherlands was also involved in an exciting match against Bangladesh on Monday. The Dutch bowlers would have done well to limit Bangladesh to 144, but the batsmen got off to a bad start and were reduced to 15/4. Colin Ackermann led the fight with 62 from 48 balls, but in the end, Bangladesh won by 9 runs.

Despite winning the toss and opting for the chase, the Netherlands fell nine runs short of Bangladesh’s score of 144/8, leaving them now behind in the fight to reach the semi-finals.

Concerns about the Netherlands defeating the ‘Super 12’ opposition seem well-founded based on their performance against the Tigers, which doesn’t bode well against an opponent of India’s caliber.

In India’s first match of the tournament, they got long-awaited revenge for their 2021 T20 World Cup ‘Super 12’ defeat at the hands of Pakistan, as they defeated Babar Azam’s side by four wickets and scored the winning runs off the end ball contest

The match will be forever remembered for a magical tackle winner played by Virat Kohli, whose majestic inning led India home in what was the perfect combination of control followed by relentless aggression when needed.

India fielded what many agreed was India’s best XI from the available squad against Pakistan. And they are likely to stick with it. This would mean that Chahal and Harshal will continue to be on the bench.

The Netherlands have now lost two games in a row – continuing from the qualifying round – and are expected to tweak their line-up in order to get back on the winning track. The experienced batsman Stephan Myburgh could replace Vikramjit Singh at the top.

The SCG surface has been good to hit for the past few years, but slows down as the game progresses, as we saw in the New Zealand-Australia match where the New Zealanders took on 200 and the Aussies went out with 111. Both Pacemaker and fancy spinner catch hitters in the long straight lines in the SCG.

India will be riding on top of a wave after that incredible win at the MCG and they are expected to be able to start and put in a winning run in the “Super 12”. Complacency is arguably their biggest threat here against the Netherlands in what is, by all accounts, a real ‘David vs Goliath’ matchup. Unfortunately for the Netherlands, it is very hard to see a happy ending for them given India’s great class and the world-class players they have in their squad, supporting a full win for Rohit Sharma’s side.