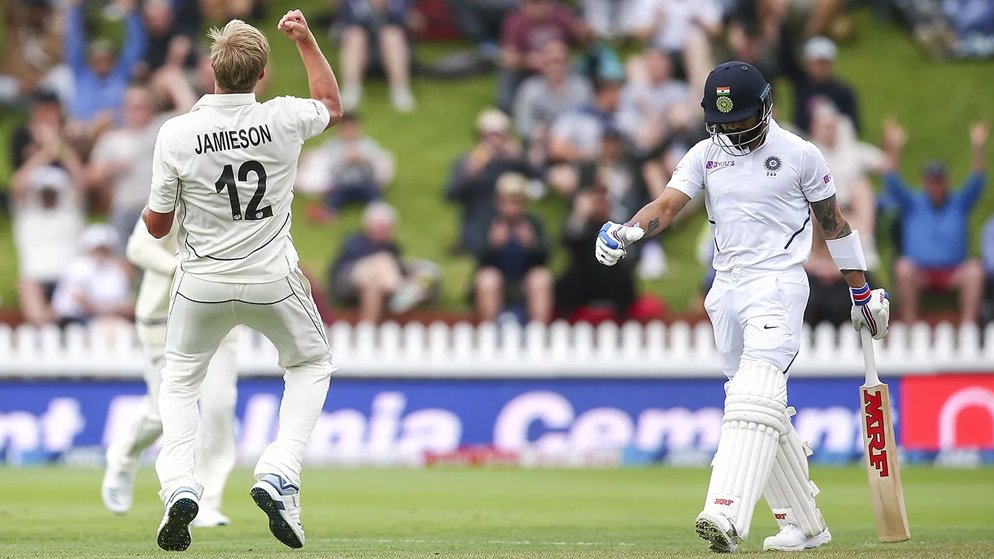 Hot on the heels of the just-concluded 3-match T20 international series, India and New Zealand will go to war on the cricket field yet again from Thursday, November 25. This will be a 2-match Test series and the first match will be played in Kanpur, Uttar Pradesh.

Due to a surge in Covid cases, the government of Uttar Pradesh will be taking stricter measures to avoid its spread. But spectators will be allowed on the stands, although limited in number.

New Zealand would be feeling the pressure of competing against a less-weary Indian side. The Kiwis have been playing non-stop cricket since the ICC Men’s T20 World Cup, where they reached the final. On the other hand, India had been knocked out of the World Cup in the group stage and had more time to recover. Most of the senior Kiwi players had featured in the IPL that came before the World Cup. So, overall, the Indian players would be in better shape than their Kiwi counterparts going into the first match on Thursday.

The newly-appointed skipper of the Indian T20 side that has just completed a whitewash over the Kiwis, Rohit Sharma, has decided to pull out of the test series. The ODI and Test captain, Virat Kohli, will also not play in the first test match. It has been reported that Kohli will be back on the side for the second test match, starting on December 3 in Mumbai. In the absence of these two players, Ajinkya Rahane will lead the side in the Kanpur Test.

The last time India and New Zealand met on the field for a Test match, the occasion was grand. It was in June that these two teams faced off in the World Test Championship final. India were the favourites going into that match but faltered along the way to lose by 8 wickets.

This Indian side, under new management, would be looking to kickstart their new World Test Championship campaign with a victory over their perennial ‘bogey’ team. Currently, India ranks second behind New Zealand in the ICC Test team rankings.

Coach Dravid Not Willing To Take The Visitors Easily

New Indian head coach Rahul Dravid made his feelings clear when he spoke to the media after India won the T20 series on Monday in Kolkata. When asked about his views on the upcoming test series, Dravid opined, “To be honest, we have to keep our feet on the ground and be a bit realistic about this win. It’s not easy for New Zealand to play a World Cup final and then turn up three days later and play three games in three days.”

Kiwi Side Gets A Boost With The Return Of Ross Taylor

After sitting out the T20 series, regular captain Kane Williamson would be back in the team for the test matches. He would be joined by veteran batsman Ross Taylor. Taylor last played for the side in the Championship final against India in Southampton in June.

Taylor spoke to the reporters about the challenge that India presents and said that remaining the number one Test side would be a herculean task. He said, “We’ve gone so many years as underdogs. But now coming in as champions, I guess the element of surprise is gone. But any time you play India at home you’re going to be the underdogs, whether you’re number 1 or where they sit in international cricket at the time. They are resting a couple of players but they’re still a formidable side and know these conditions really well.”

The new World Championship cycle is underway and New Zealand’s work has been cut out before them. Once they see off India, they would be flying over to Pakistan. From there they would leave for England. Once at home, Bangladesh, Sri Lanka and South Africa would visit their island nation one after the other.