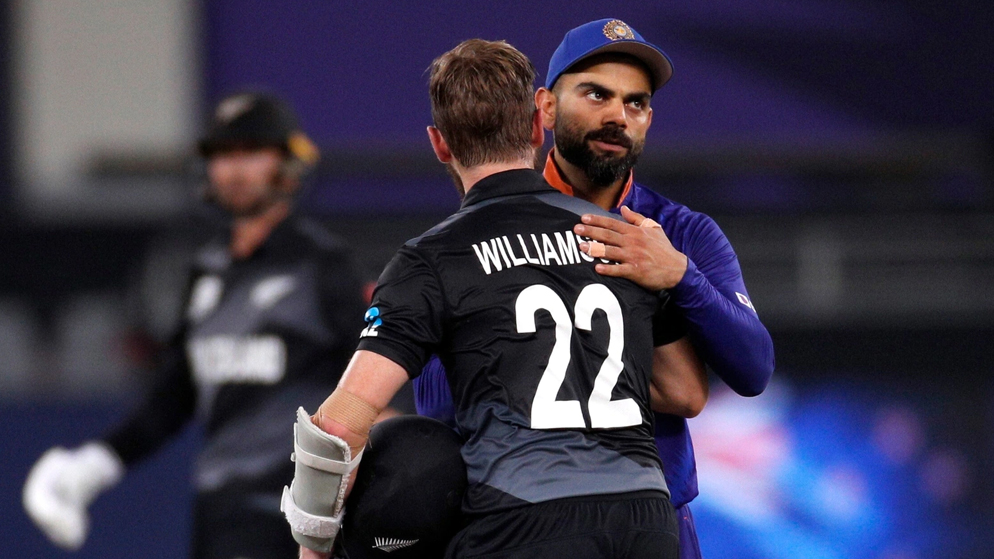 The noise surrounding the Men’s T20 Cricket World Cup has not yet subsided but Team India is already being made to mentally gear up for a new T20 series. As this report is being written, India is playing its final Super 12 group game against Namibia in Dubai (UAE). The Men in Blue have been knocked out of the tournament based on points tally and are playing their last game only to fulfill formalities.

Under this backdrop, the BCCI is supposed to announce the squad that will take on a high-flying New Zealand side in home territory for a 3 T20 international series, which will begin on November 17th.

The 3 match T20 international series will be coming right after the T20 World Cup. They have been scheduled to take place on the 17th, then 29th, and the 21st of November. Jaipur is going to be the first destination of both the teams, followed by Ranchi and Kolkata respectively. The New Zealand side would be staying back in India for a while to take part in a 2-match Test series post their T20 commitments. The test matches would be played firstly in Kanpur and then in Mumbai. New Zealand’s tour will be ending on the 7th of December.

Board Worried As Fatigue Creeping Into The Veteran Players

The hectic Indian cricket playing calendar would continue even after that, with Team India flying out to South Africa for a prolonged tour that would comprise Tests, ODIs as well as T20s. India would be taking on the Proteas in a 3-match Test series, to begin with on 17th December.

Seeing as the Indian players have had a long season in and out of the country, the BCCI has decided to step in and rest the top players of the team for the New Zealand T20 international series. Senior players such as Virat Kohli, Jasprit Bumrah, Ravindra Jadeja, Mohammad Shami, Ravichandran Ashwin, Rishabh Pant, etc., have seen themselves struck inside bio-bubbles since they went to play England in the summer in June.

An official close to the BCCI governing board had this to say on the issue. “Most of the Indian players, the senior ones, have now been in three back-to-back bubbles for four months. Possibly after the T20 World Cup, you would want them to take a break and rejuvenate before the South Africa tour starting December end.”

The current edition of the T20 World Cup will be the last time Virat Kohli is going to be seen leading the team out on the field. Since he is stepping down from captaincy in the T20 format, the BCCI has now got a task at hand to decide on the next captain. Rohit Sharma would probably be handed the reins of the T20 team. However, since Sharma could be on the list of players being rested for the New Zealand T20s, the BCCI could go for a stand-in temporary skipper.

A bunch of new players is most likely to make entry into the squad for the upcoming series at home. Chief among them could be Ruturaj Gaikwad, Harshal Patel, Avesh Khan, Devdutt Padikkal, Venkatesh Iyer, etc. These talented players have all shown their pedigree in this year’s IPL and the selectors would be hoping that they would carry their bright form into the international arena.

The New Zealand series could well see the debut of new India coach Rahul Dravid. He will be bringing his coaching staff to replace the outgoing team, comprising head coach Ravi Shastri and his assistants Bharat Arun and R Shridhar. It would be interesting to see how Rahul Dravid makes a mark on the team and helps them to move forward. This would not be the first time Dravid would coach at the highest level. He has sufficient experience of working with senior squad members of the Indian team in the IPL and on the national front.

Seeing as it was the defeat to New Zealand that had put India out of contention from reaching the semi-finals of the ongoing T20 World Cup, the hungry Indian cricket fans would be relishing a chance to see their players go out and beat their World Cup ‘bogey team’ outright.