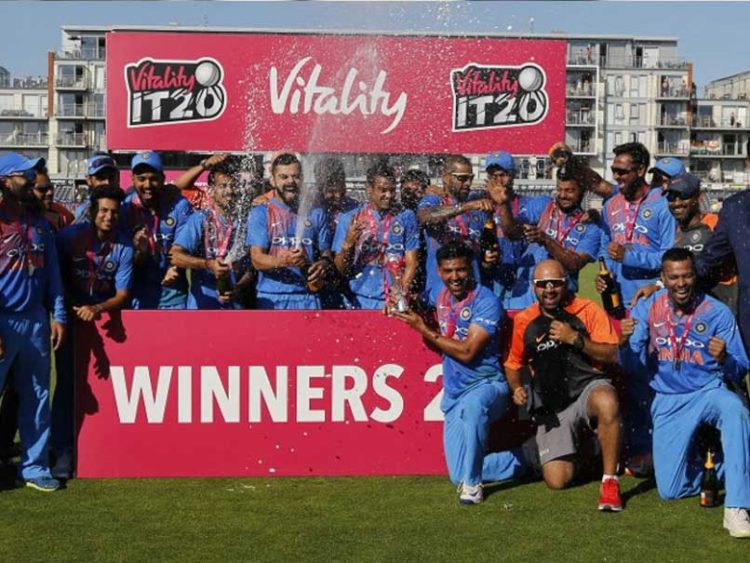 England and India, currently ranked first and second respectively, play the first match of their upcoming series in Nottingham on Thursday, in what will kick off a month-long extravaganza of One-Day Internationals featuring 10 sides, spread across four continents.

India, which had beaten England 2-1 in the Twenty20 International series, had conceded the top ranking to England at the annual update on May 2.

England, on the other hand, will run up a lead of 10 points at the top of the table if it manages to whitewash India, the ICC said in a release.

The possibility of a change at the top though is not the only matter of interest in upcoming matches since seven of the 10 teams playing in the ICC Cricket World Cup 2019 will be on view during this period until August 12.

Fifth-placed Pakistan will have to beat Zimbabwe 4-1 in order to ensure it does not slip behind sixth-placed Australia, while 10th-ranked Zimbabwe will have to pull off a 4-1 win over Pakistan in order to leapfrog Afghanistan and move up one spot in the rankings table.

Third-ranked South Africa faces the challenge of blanking Sri Lanka 5-0 in an away series to ensure it doesn’t fall behind New Zealand even as mid-table sides Bangladesh (seventh), Sri Lanka (eighth) and West Indies (ninth)  for important points during this period.

Nepal will make its ODI debut against Netherlands while the latter will be turning out in limited-overs cricket for the first time since losing ODI status in 2014 at the ICC Cricket World Cup Qualifier in New Zealand.

India captain Virat Kohli leads the list for batsmen with a career-high 909 points, a good 96 points ahead of Pakistan’s Babar Azam, who will be hoping to get back into the groove after missing the recent tri-series in Zimbabwe due to injury.

Fourth-ranked Rohit Sharma of India will be looking to continue his T20I form in the ODIs, sixth-ranked Joe Root of England has a good chance of overtaking Ross Taylor, while the South Africa pair of Quinton de Kock and Faf du Plessis, as well as India’s left-handed opener Shikhar Dhawan, are the other players likely to be seen in action.

In the bowlers’ list, top-ranked Jasprit Bumrah’s finger injury gives others a chance to close the gap, and third-ranked Hasan Ali of Pakistan would be eyeing a return to the top spot.

Leg-spinners Adil Rashid of England and Yuzvendra Chahal of India are the other top 10 players plying their trade.