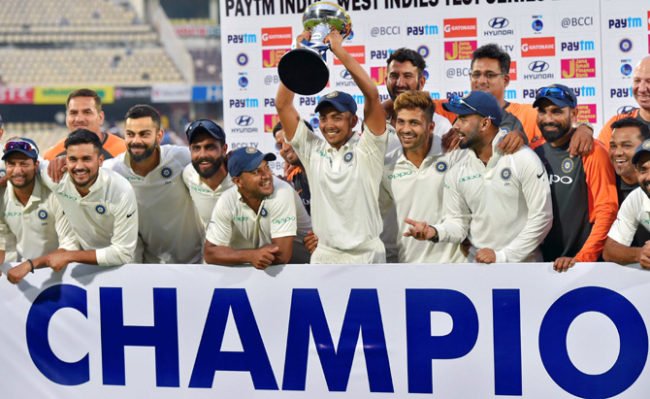 Oct 14:  India won the Test series 2-0 by registering a comfortable 10-wicket victory over the West Indies in the second Test at the Rajiv Gandhi International stadium here on Sunday.

Chasing a paltry 72-run target, openers Prithvi Shaw (33 not out) and KL Rahul (33 not out) guided India home with ease in just 16.1 overs on the third day of the Test.

After scoring 367 runs in their first innings in reply to the West Indies’ 311, India bowled out the visitors for 127 runs in the second innings, setting themselves a 72-run target.

Earlier, India had crushed the tourists by an innings and 272 runs in the first Test at Rajkot