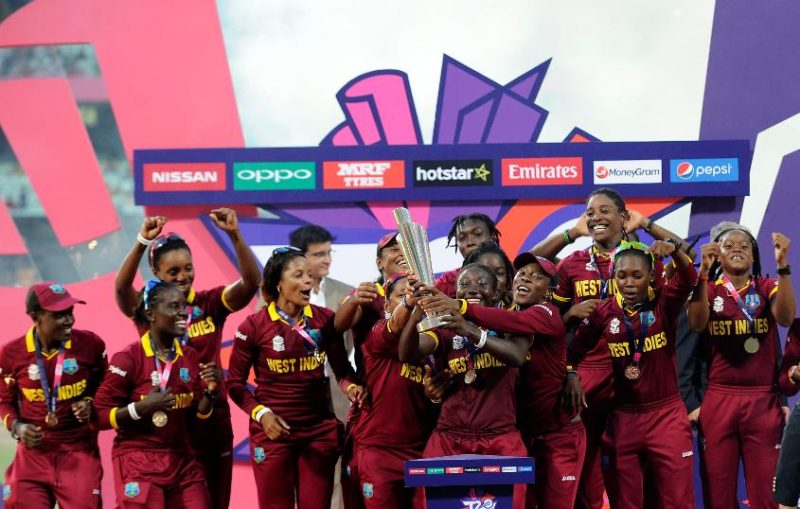 The International Cricket Council today announced the schedule for the ICC Women’s World Twenty20 2018, to be held in the West Indies from 9 to 24 November.

Tournament kicks off with match between India and New Zealand in Guyana; Australia, Pakistan and the Windies will also be seen in action on opening day

Windies captain Stafanie Taylor: “It is great to host the cricket world here in the West Indies. This is a great place to play cricket and we know our fans will enjoy every moment of the tournament” 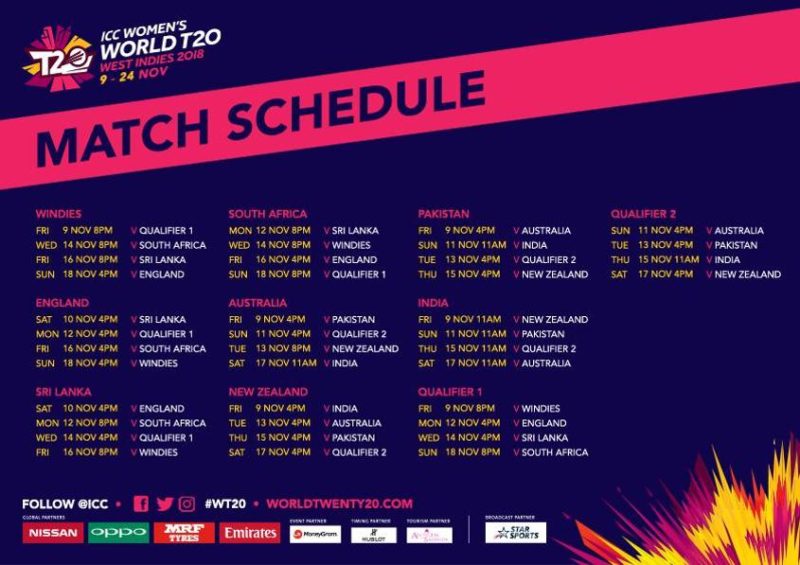 The finalists of the ICC Women’s World T20 Qualifier in the Netherlands from 7 to 14 July will complete the line-up of the November tournament, which is the first stand-alone ICC Women’s World Twenty20 event. The teams participating in the Qualifying event are Bangladesh, Ireland, the Netherlands, Papua New Guinea, Scotland, Thailand, Uganda and the United Arab Emirates.

All 23 matches of the ICC Women’s World Twenty20 2018 will be broadcast live to maintain the momentum and focus on women’s cricket, while the Decision Review System (DRS) will be used for the first time in any ICC World Twenty20 event, ensuring consistency in the use of technology in top world-level events.

Defending champions the Windies are in Group A along with England, South Africa, Sri Lanka and Qualifier 1 from the Netherlands event, while Australia, India, New Zealand, Pakistan and Qualifier 2 will be in Group B.

The Windies Women captain extends a grand welcome to the Caribbean to all the fans and players.

Windies captain Stafanie Taylor: “It is great to host the cricket world here in the West Indies. This is a great place to play cricket and we know our fans will enjoy every moment of the tournament. It’s extra special as our families and friends will get to see us playing on home soil in a huge international tournament. It is also wonderful to have the cricket world see what the game is like in the region, how we celebrate and enjoy ourselves, and feel the vibes, the music and the culture.”

“We won the last edition in India and that was an amazing feeling. We are now playing at home and it would be even better to win again, this time in front of our supporters at home. We know the grounds, the pitches and most importantly, we know what is required. We’re playing for the people of the West Indies and we want to win again for them.”

Australia captain Meg Lanning: “It’s the next big tournament on the horizon and we have a good chance to nail down our T20 game-plan and focus. The group is always looking forward to World Cups and this time around is no different. The World Cup last year did not go as well as we would have liked to, so we are very hungry to become world champions again. We know it is a very open competition and you need to be consistent and be brave with how you play but we are in a very good space to go down that path and see that when the time comes we are playing really good cricket.

England captain Heather Knight: “We’re really excited about the World T20 in the Caribbean. It’s an amazing chance to become double world champions but we have a lot of hard work to do first. We showed in India in our tri-series that we’re capable of playing very good T20 cricket but we need to keep improving as a side and add more consistency to our game.”

India captain Harmanpreet Kaur: “The announcement of the schedule marks the countdown to this big event and we are all really looking forward to playing in the West Indies. The ICC Women’s World Twenty20 will be a competitive tournament with some tough league matches early on and no team can take it easy at any stage. Naturally, expectations will be high from our team after our World Cup final appearance last year and we aim to be at our best during the tournament.”

New Zealand captain Suzie Bates: “We always go to those tournaments thinking we can do really well. We have a really explosive lineup and in India (ICC Women’s World Twenty20 2016) I thought we played really good cricket but got beaten by the eventual winners Windies in the semis. Always, the goal for the side is to get to the semifinals and then making sure we can play our best cricket in the knockout stage.

Pakistan captain Bismah Maroof: “The ICC Women’s World Twenty20 is one of the top events that everyone waits for with anticipation. Last year’s World Cup and many other subsequent matches have shown a rise in standards of women’s cricket and I’m sure there will be a lot of good cricket played in the West Indies too. Our players are looking forward to the tournament with great anticipation and will give it our best shot as the league phase kicks off on 9 November.”

South Africa captain Dane van Niekerk: “We love playing in the West Indies. It’s quite special, you don’t see places like that. I’m really excited because we enjoy playing Twenty20 cricket. I think we have a very dynamic side. We have hitters, we have runners, we have variation in the bowling attack as well. We are a free-spirited team and we enjoy it because we can express ourselves.”

Sri Lanka captain Chamari Athapaththu: “Our emphasis will now be on the World Twenty20 as that is a huge ICC event in which every team wants to do well. Everyone understands the challenges of T20 cricket and I’m sure no team would like to take it easy at any stage of this challenging tournament. We will be aiming to do well in all departments of the game and come up with some striking performances.”