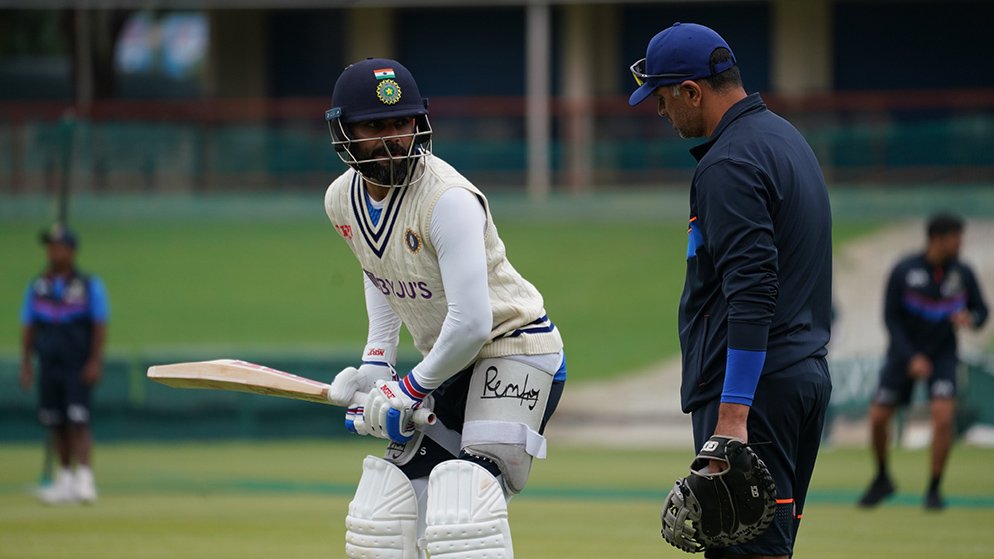 The captain of the Indian Test cricket team, Virat Kohli, has found himself dropping down to the seventh position in the latest ICC cricket rankings. The top spot in the Test batsman rankings has gone to Australian batter Marnus Labuschagne. The stylish Australian batsman has beaten all of his competition to reach the number one position for the first time in his short career. He has dethroned English skipper Joe Root, who now sees himself in the second spot.

The International Cricket Council (ICC) released the latest rankings of players for all cricket formats from its headquarters in Dubai on Monday, December 21. Across all the formats, there is a significant dearth of Indian cricket players this time around. In the Test batsman rankings, giving company in the top ten is newly appointed ODI and T20I captain, Rohit Sharma. Sharma is now placed in the fifth position, one which has been occupying for some time now.

The major highlight for India happens to be the presence of veteran spinner Ravichandran Ashwin in the Test bowlers’ top ten list. He has risen to the second position after a grand showing in the Test series against New Zealand. Only Australian pacer and Test captain Pat Cummins is ahead of him at the number one position.

It is not a secret that over the last two years, Virat Kohli has not been able to perform at the level that we were so used to watching him play. He has not scored a single century since 2019. Before that, the runs were coming out of his bat at a hurricane’s pace. In the recently-concluded Test series against the Kiwis, Virat Kohli could only turn up for the second match. Although India won the competition comfortably, Kohli was unable to put forth masterful innings in two outings.

In the last ICC Test rankings, Virat Kohli was placed on the sixth position in the list of batsmen. He now has a total of 756 points which sees him move one place down to the seventh position. Virat Kohli has so far failed to live up to the expectations that the fans had been hoping to get out of him. His underwhelming form with the bat all through the year 2021 is partly held responsible for his side’s inability to win the first World Test Championship against New Zealand in Southampton, England last June.

Marnus Labuschagne has been nothing less than a revelation in recent times. The young Australian batsman made his Test debut not long ago but has already made a big name for himself in world cricket. In the ongoing Ashes Test series versus England, Labuschagne has been in marvellous form. In the two matches that have been played so far, Marnus has already scored one hundred and two fifties in the three innings that he has featured in. With scores of 74, 103 and 51, he sits top of the Australian run getters’ list.

Before the start of the Ashes series, he was in the fourth position. Labuschagne now has accumulated 912 points and is ahead of Root’s 897. It is looking very bright for the current batch of Australian cricketers as they are faring well against the English, and are 2-0 up in the series. In the ICC Test bowlers’ rankings list, another Aussie player has found a spot. It is veteran paceman Mitchell Starc, who has entered the fray with some brilliant bowling in the series against England. In the two Test matches that he has made an appearance, Starc has taken 6 wickets in the second match, including 4 crucial scalps in the first innings, a feat that helped restrict England to 236. His contribution pulled him up to the ninth spot in the rankings.

In the ICC T20I ranking lists, only KL Rahul has found a place. He occupies the fifth position in an otherwise Pakistan-dominated list. No Indian bowler has made it into the top ten T20 bowlers’ list.

Both Babar Azam and Mohammad Rizwan have made their country proud by capturing the number 1 and 3 positions in the batters’ list. The attacking duo has been giving plenty of trouble to opposition bowlers for the past couple of years in international T20 cricket. Skipper Babar Azam had lost his number one position last week to Dawid Malan. However, after putting on a score of 79 in a T20I match against the West Indies, he has bounced back to the summit. His opening partner, Mohammad Rizwan finished a memorable year by cementing himself in the third position with 798 points in his bag.