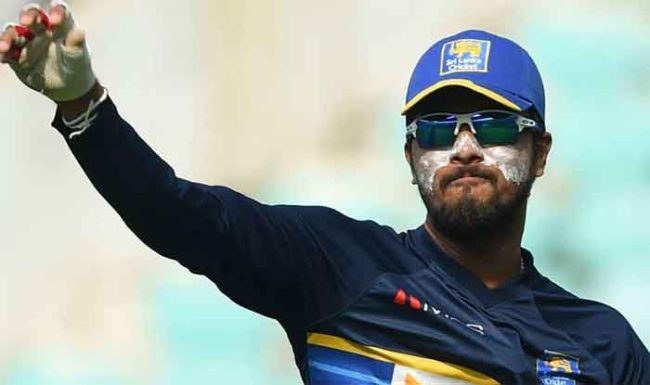 Dinesh Chandimal has been ruled out of the upcoming Asia Cup due to a finger injury he sustained during one of the SLC T20 League matches last week.

While the Sri Lankan batting mainstay was provisionally included in the 16-member squad, a medical assessment now states that his broken middle finger will need more time to heal. Wicketkeeper-batsman Niroshan Dickwella, who was already in the standby list, has now been named as his replacement.

Chandimal, who was ignored for the South Africa series at home, owing to his six-match ban for ball tampering charges and bringing the game into disrepute, last took part in the solitary T20I against Proteas. His full-fledged return though was slated to be during the team’s Asia Cup campaign in the UAE.

Sri Lanka will also miss the services of their offspinner Akila Dananjaya for some part of the tournament as he’s expecting the birth of his first child.The tournament begins on September 15, with Sri Lanka on Bangladesh in Dubai.