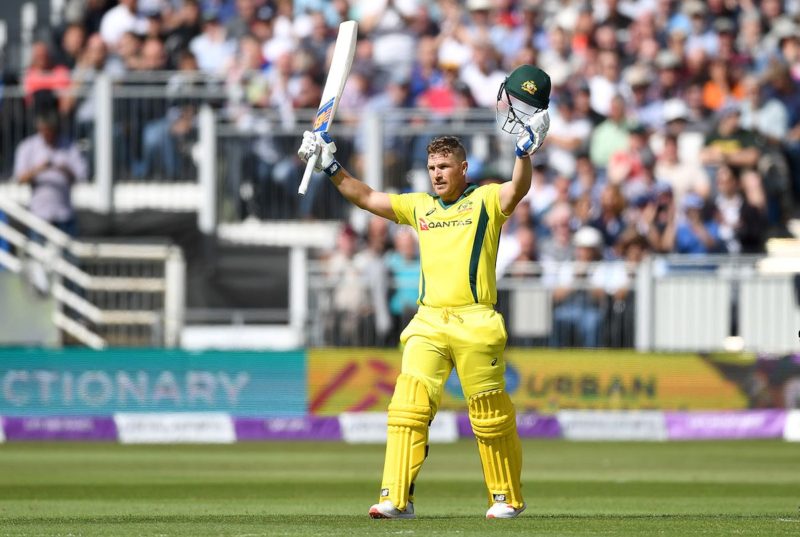 The third match of the T20I tri-series in Zimbabwe between the hosts and Australia witnessed a plethora of records getting broken, thanks to the onslaught by Aaron Finch who scored a career best 172 off just 76 balls, hitting 16 boundaries and ten sixes in the process. Australia managed to get 229 off their 20 overs on the back of the opening stand worth 223 and was broken only in the last over.

1 Individual scores higher than Finch’s 172 in all T20 cricket. Finch was dismissed hit wicket off a wide, agonizingly three runs short of Chris Gayle’s 175 for Royal Challengers Bangalore against Pune Warriors India at the Chinnaswamy Stadium in 2013.

76 balls faced by Finch in the innings is the most by any batsman in a T20 International surpassing 71 balls faced by Shane Watson (124*) against India at the SCG in 2016. In all T20 cricket, only Zubair Ahmed of Quetta Bears faced more deliveries in an innings – 77 in a knock of 111* against Larkana Bulls in Karachi in 2014.

26 Boundaries hit in the innings by Finch – 16 fours and ten sixes – the most ever in T20 International innings. The record was previously held by Finch himself when he hit 11 fours and 14 maximums during his knock of 156.

75.11 Finch’s 172 accounts for 75.11% of Australia’s final score of 229 – the highest ever percentage of contribution by an individual in a team’s total across the three formats, where the team got all out or batted the full quota of overs. The only other innings with a 70 % contribution also came in a T20 International when Kane Williamson top scored with 42 in New Zealand’s total of 60 against Sri Lanka in Chittagong in 2014.

240 Runs scored by Finch between his last two dismissals – he scored an unbeaten 68 against Pakistan on Monday (July 2). This is the most made by a batsman between two dismissals in T20Is surpassing Hashim Amla’s 224 runs from three successive outings in 2016 where he scored 69*, 97* and 58.

The first ever 200-plus stand in the format

223 runs partnership by Finch and D’Arcy Short for the first wicket is the highest ever stand for any wicket in the history of all T20Is. The previous highest was the unbeaten 171 run-stand between New Zealand’s Martin Guptill and Kane Williamson against Pakistan in Hamilton in 2016.

1 Partnerships bigger than the 223-run stand between Finch and Short for any wicket in all T20 cricket. Virat Kohli and AB de Villiers put together 229 for Royal Challengers Bangalore for the second wicket against Gujarat Lions at the Chinnaswamy Stadium in 2016.

Highest partnerships in T20 cricket for any wicket

209* The previous highest opening wicket stand in all T20 cricket. Salman Butt and Kamran Akmal scored 209 runs without getting dismissed for Lahore Whites against Islamabad in Pakistan’s National T20 Cup in Rawalpindi.

229 by Australia is the highest total made by any side against Zimbabwe in T20Is surpassing 215/6 by Afghanistan in Sharjah in 2016. It also happens to be the first 200-plus total in T20Is hosted by Zimbabwe eclipsing the previous highest total of 198/4 by Pakistan against the home team in Harare in 2011.