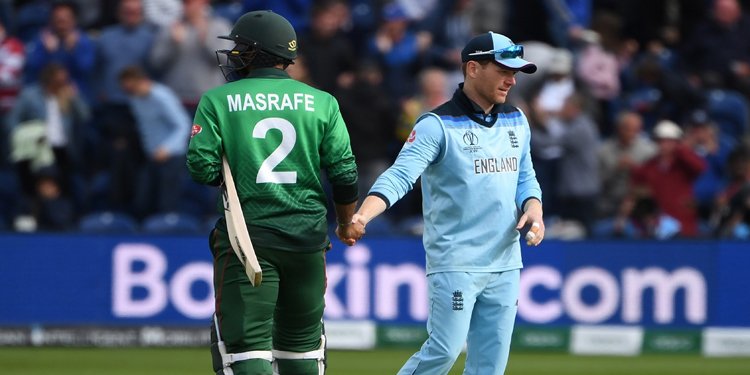 The England tour of Bangladesh which would have kickstarted in the September-October window has now been postponed. Both the England Cricket Board (ECB) and Bangladesh Cricket Board (BCB) have had a mutual agreement and decided to postpone the series until next year.

The England tour of Bangladesh which comprised 3 ODIs and 3 T20s would have been hosted in Oman and UAE just ahead of the ICC Men’s T20 World Cup.

The tour has been rescheduled and will be played out in the first two weeks of March. This time the tour will not be hosted in a neutral venue but in Bangladesh itself. Dhaka and Chattogram have been selected as the venues where these two teams will fight it out playing 3 ODI’s and 3 T20s.

Speculations suggest that the postponement of the tour has been due to the Covid-19 scare. As the virus is still quite active all around the world, it endangers the players travelling to other nations to play overseas matches. It is believed that the proposals of postponement of the series might have come from the England and Wales Cricket Board (ECB). The Bangladesh Cricket Board (BCB) made it very clear that it was not their idea to reschedule the date announced by ICC.

However, the news of the postponement of England’s tour of Bangladesh did not come out as a surprise as an air of confusion regarding the possibility of the tour had already been there. It was on Tuesday that the England and Wales Cricket Board (ECB) could convince the Bangladesh Cricket Board (BCB) and come to a conclusion.

The postponement of the tour is not as bad as it sounds. Rescheduling of the tour gives a green signal for the Board of Control for Cricket in India (BCCI) to invite England and Bangladeshi players to the IPL. The biggest cricket tournament in India, IPL, that was brought to a sudden halt due to the Covid-19 outbreak in one of the camps will be resumed from September 19 in UAE. While the Board of Control for Cricket in India (BCCI) is having a tough time orchestrating the availability of overseas players, the postponement of the England tour of Bangladesh has been some good news.

The English players who are expected to leave for UAE to take part in the Indian Premier League are-  Jos Buttler (Rajasthan Royals);  Eoin Morgan (Kolkata Knight Riders), Sam Curran, Moen Ali ( Chennai Super Kings), Sam Billings, Chris Woakes; Tom Curran (Delhi Capitals), Dawid Malan, Chris Jordan (Punjab Kings), and Jason Roy, Jonny Bairstow (Sunrisers Hyderabad). The other English players, Ben Stokes, Liam Livingstone, Jofra Archer had their share of injuries; and had to pull out of the competition and return home earlier. It is uncertain if they will be joining their respective franchises and help them get a good table finish.

The rescheduling also means that English players who do not get to be a part of the Indian Premier League will get an ample amount of rest before they jump onto back-to-back games during the start of winter. As soon as the Indian Premier League ends. The players will be called up for the ICC Men’s T20 World Cup. This multi-team big-ticket tournament will come to an end on the 14th of November; following which the English players have to travel to Australia to play the Ashes. The players who will be weary and tired of playing so many matches will not get adequate rest. Hence this long break before they jump into a great deal of cricketing action will be much necessary to boost their morale and fitness.

Ashely Giles, the managing director of English Men’s cricket was not very keen on sending the English players for the second phase of IPL. However, with the Board of Control for Cricket in India’s (BCCI) persuasion and postponement of the tour the English players can be a part of IPL and prepare themselves ahead of the T20 World Cup.