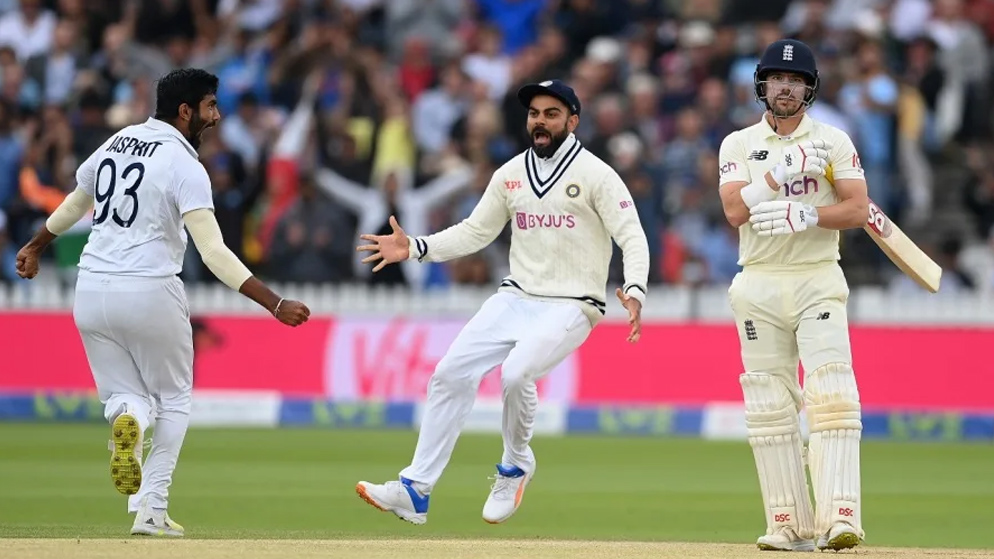 India and England will meet in the 5th Test at Birmingham’s Edgbaston Stadium from July 1, with the visitors eyeing a rare win in the series at Old Blighty.

India last won a series in England in 2007 and currently leads the series 2-1 after the 5th Test was suspended in 2021 due to Covid-19 cases burgeoning in the Indian camp.

The Test was supposed to be held at Old Trafford, Manchester but has now been moved to Birmingham, a place where India never found success.

So there is a lot at stake in this game for both England and India.

So here we are providing the essential details of India vs England tests like predictions, fantasy tips, possible game 11, and match prediction.

Preview of the 5th test match between England and India

After a 10-month delay, India and England will resume the 5-match Test series from July 1st with the 5th and final Test at Edgbaston in Birmingham. The most recent test could not take place last year due to a Covid outbreak in the Indian camp.

India hasn’t won a Test series in England since 2007 but they have a golden opportunity to make history as they currently lead 2-1 with one game remaining. Even if the game ends in a draw, India will win the series.

However, India was dealt a serious blow when captain Rohit Sharma tested positive for Covid during the warm-up game against Leicestershire. Since then, the Indian skipper has tested positive for the second time in an RT-PCR test. In his absence, Jasprit Bumrah is likely to make his debut as Team India captain at Birmingham. Bumrah will be India’s 36th Test skipper when he throws the toss on Friday.

England, on the other hand, has almost a full range available. The hosts have been in superb form, recently beating World Test champions New Zealand 3-0 at home.

The match was originally due to be played at Manchester’s Old Trafford last year but has since been moved to Birmingham’s Edgbaston Cricket Ground, where India has never won a Test.

India versus England head to head

On the direct record, England has dominated India as they have won 49 out of 130 Test matches while India has won 31 Tests.

INDIA England Edgbaston Test: Looks like the Indian cricket team is being chased everywhere by RAIN late First it was the home series against South Africa, then the Ireland T20 series, and now INDIA vs England 5th Test – Rain is expected to play the ROLE of SPOILERS again. According to weather forecasts for Birmingham, Friday’s rescheduled DAY 1 friendly will itself be affected by RAIN showers

Although Edgbaston is considered a solid hitting area, sailors will experience movement due to the day’s expected cloud cover. Both teams will depend on their pace to take early wickets as the weather is also likely to cause significant disruption.

This isn’t the typical lawn at Lord’s or Old Trafford, nor the typical flat path at Trent Bridge. This is where you need to work your runs, and bowlers also get some traction by bouncing, hemming, or twisting.

On paper, India lead the series 2-1 and now they can’t lose the series and England desperately need a win to avoid losing at home. But England’s recent form in Test cricket under Ben Stokes and Brendon McCullum is quite a bit higher. India also had a great home game against Sri Lanka but it’s hard to overlook England’s recent form; we’ll pick them as winners in the India v England test.