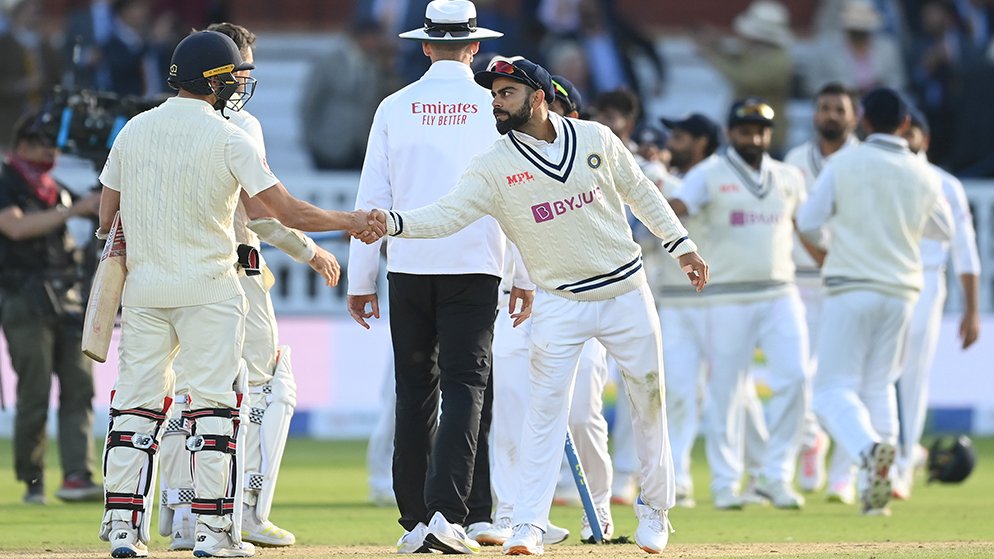 Two of the best test teams in the world – India, and England are now facing each other off in a five-match test series. Two matches have already been held of this series; and the third test has been scheduled to be held at Headingley in Leeds from the 25th of August, 2021. In a departure from the COVID-19 that are being observed throughout the world due to the pandemic, in-person attendance shall be allowed in the stadium.

The match is supposed to begin at 03:30 pm of Indian Standard Time and will be broadcasted live on the Sony Sports Network. The series has been a pretty interesting contest so far. India had played its first-ever test match against England itself back in 1932, and the rivalry continues till date. While India has often been criticized for not being able to win on foreign conditions; this time, it has been proving itself by drawing the first and winning the second match. Let us get into the further details of the preview.

India has been quite impressive in this series so far. Fans and critics have often complained about the inability of the Indian team to do well in foreign conditions, and it had lost in the past two test series during its England tours. But this time, the Indian team seems to be quite focussed and confident. The series win against Australia in the beginning of the year and the subsequent triumph against England at home has certainly given the team a lot of confidence. India was poised to win the first match, having lost a single wicket and a small target to chase at the end of the fourth day but rains washed out play on the fifth day. Captain Virat Kohli had expressed his frustration regarding the same.

The second match was dominated mostly by India. It was a historic win for the team at Lord’s, which is often referred to as the birthplace of cricket. Rahul and Rohit put up a brilliant opening stand in the first innings and the former even put up a century. The relatively early departure of Kohli, who seemed well in form; and Rahane and Pujara, both of whom seemed a bit out of rhythm limited the score of the Indian team to 364.

In reply, England scored 391, powered by the brilliant undefeated 180 that Root scored. In reply, Cheteshwar Pujara and Ajinkya Rahane built the Indian innings and shared a century partnership between them. On the ninth wicket, Shami and Bumrah put up an undefeated partnership of 89 with the former scoring a half-century. The brilliant Indian pace bowling attack successfully bowled out all the Englishmen within 51.5 overs and won the match.

England has reportedly made multiple changes to their squad. Stuart Broad is out of the series, and Saqib Mahmood, who is a pacer, has been included in place of Mark Wood. Dom Sibley and Zak Crawley have been dropped while Dawid Malan has been recalled to the test team. Both the teams have very capable players. It is predicted that England will field a new pair of players to open the innings – Haseeb Hameed and Rory Burns.

The no. 3 spots might be either for Dawid Malan or Ollie Pope. Unless Mark Wood is unfit, there may not be any other changes made to the squad. Either Craig Overton or Saqib Mehmood might replace him. India has been playing quite well so far. They shall not be making any changes to their bowling unit probably. There might be questions raised about the inclusion of R Ashwin in the squad; but Jadeja has been proving his worth in every match.

The Headingley wicket is known for favouring spinners. But it is known to become rier on the fourth and fifth day, when it will assist spinners. The wicket will not be a tough one to bat on. The weather conditions are supposed to remain favourable throughout the course of the match. The temperature will hover around 20 degrees and there is not much chance of rain. There are therefore minimal chances of interruption in play.

India definitely looks stronger and more confident of the two teams. England would be keen on bouncing back. This is certainly going to be a great contest between the two teams.