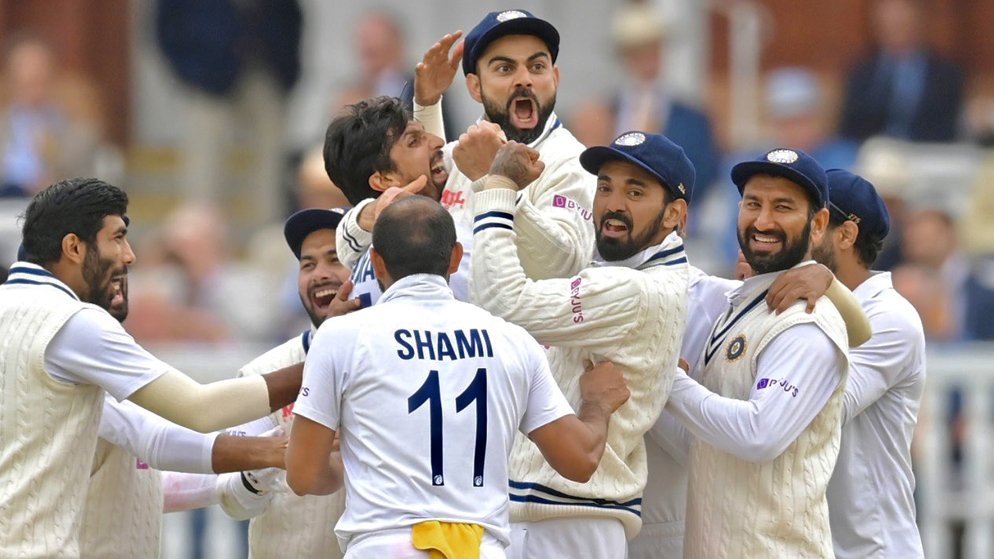 The second test of the five-match series that is currently being played in the India tour of England has ended, and India have emerged as the winners. India won this close match by a whopping 151 runs against England, the home team, which was often being hailed as the favourites in this series. This is definitely a historic win for India, which has not been able to fare well in the past few test series that it has played in England.

Despite the efforts of the players, each time the home team has emerged victorious by a big margin. The win has become the cause of jubilation and celebration among the Indian fans; who were watching the ending of the match with bated breath. The fact that India clinched this thriller on Lord’s; which is often considered to be the birthplace of cricket, definitely adds to the importance to the win. Let us have a look at the details of this win and understand it better.

The first match of the series had been marred by rain. Multiple sessions were interrupted by consistent downpours, and the last day of play was entirely washed away. At the end of the fourth day, India seemed poised to win. However, the match ended in a draw due to the aforementioned circumstances. The captain of the Indian team, Virat Kohli did not hide his disappointment with the weather conditions as he felt they were pretty close to winning as a team. Such conditions, thankfully, did not prevail in this match.

The toss was won by England and Joe Root opted to bowl first. The Indian innings on a high note with  both the openers Rohit Sharma and KL Rahul putting up good scores. While Sharma scored a confident 83 off 145 balls; it was Rahul who shone the brightest among all the Indian players with his brilliant 129 off 250 balls. His innings was dotted with12 fours and a six. Pujara and Rahane failed to get going, and scored nine and one respectively. Kohli scored 42 while Rishabh Pant added 37 and Ravindra Jadeja put up 40. This propelled India to 364 for ten wickets.

Anderson shown with the ball, and picked up 5 wickets for 62 runs. Batting second, England was not able to get off to a start that it would have particularly liked. Dominc Sibley got out early, scoring only 11 runs. Rory Burns scored 49 off136 balls while Bairstow put up a valuable 57 off 107 balls. But it was captain Root who seemed to be the best – he ended up scoring 180 off 321 balls. Among the Indian bowlers, Mohammad Siraj seemed to be particularly good as he picked up four wickets for 94 runs. Veteran paceman Ishant Sharma picked up three wickets while Shami picked up two. The English inning ended at 391 runs.

The second time India got out to bat, things did not seem as rosy.  While the batsmen who played well in the first innings were not able to put up big scores again; many others, including the tailenders, stepped up to score when they were needed the most. Two players who seemed to be out of form – Cheteshwar Pujara and Ajinkya Rahane stepped up and scored 45 and 61 respectively. In fact, they stitched a vital hundred-run partnership when KL Rahul, Rohit Sharma, and Virat Kohli were not able to score big runs. But undoubtedly, it were Mohammad Shami and Jasprit Bumrah who shone with the bat as they put an undefeated stand of 89runs for the last wicket. Shami scored a brilliant 56 off 70 balls while Bumrah scored 34 off 64 balls; thus adding vital runs for the eighth wicket and India put 298 for eight wickets.

India declared after lunch and England had to score 272 in 60 overs. England was not able to play well and was only able to score 120 runs and was bowled out in 51.5 overs. None of the batsmen were able to score well and skipper Joe Root was able to score the highest, which was only 33. Both the openers got out on ducks. The end saw the emotions flying high from both the teams. The overs were gradually getting over, and England was losing their wickets on regular intervals. Siraj shone with the ball, and picked up 4 wickets for 32 runs. Bumrah was very good too, and picked up 3 wickets for 33 runs. All this ended up with India securing a 151 run victory. KL Rahul was crowned the player of the match.

Virat Kohli emphasized that this match is definitely going to raise the spirits of the Indian team. The next match will definitely comprise good cricket as England will be raring to bounce back.