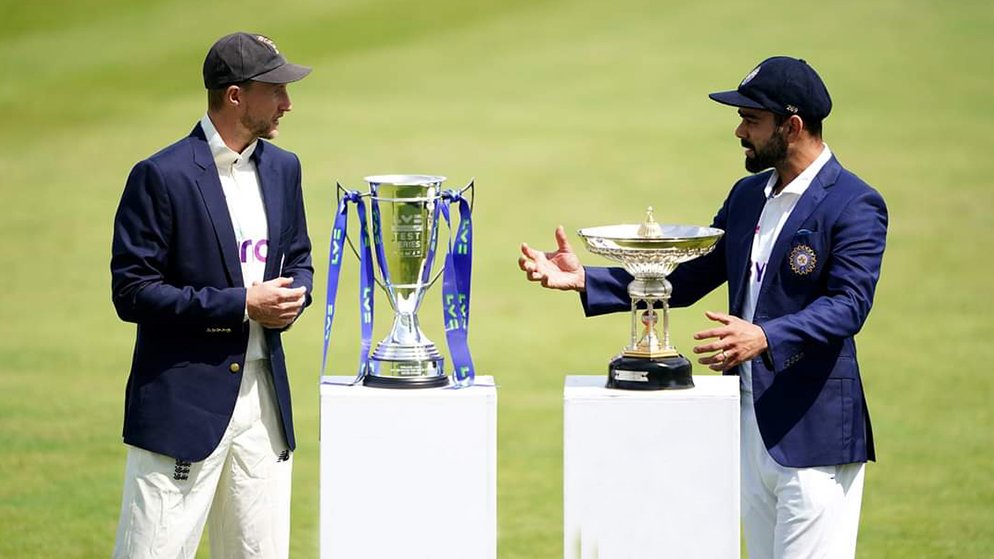 Two of the biggest names in world cricket – India and England are set to face each other again for an exciting five-match test series. The first match of this series is set to begin on the 4th of August at Nottingham in front of a full house as in-person attendance shall be allowed. India and England have shared a healthy rivalry for a long time. In fact, India had played its first test match back in 1932 against England.

Over the years, the two teams have played against each other in a variety of circumstances and events, and yet the excitement of watching two prominent cricketing rivals face each other has not dimmed even a bit. The two teams have faced each other off quite recently as England had toured India earlier this year, in which the visitors had lost 3-1. India does not have a great record of playing on the fields of England as of recent and would like to improve their play there. Let us have a look at the details of the upcoming match.

However, the stakes are high for other reasons too. England clearly has an upper hand in this case as it is playing at home. India, on the other hand, is playing at a place in which it could only muster two wins over the past two tours that it had. The last time it had played in England was back in 2018, and they had lost to the hosts 4-1. Many supporters do point out that it was a series that the visitors fought well in. However, India would be eager to extend its dominance in England to prove its prowess.

Despite its loss in the final of the World Test Championship, it has gathered a lot of confidence after winning in overseas conditions in Australia earlier this year. Virat Kohli, who has often been applauded for his leadership skills, has not won a big title till now. He will be eager to prove himself and his team in England.

England does not have one of its key players in Ben Stokes. Sam Curran could definitely be a player that one can watch out for due to his antics in the field as of recently. England however, also has a number of other reliable players. Captain Joe Root often has been labelled as one of the best players in the world and his exploits in test cricket are quite well known. Buttler is also known for his keeping and batting. Stuart Broad and James Anderson, the veteran fast bowling duo of England, should be definitely watched out for.

Anderson, who is dubbed as one of the best fast bowlers of all time, is only three wickets away from overtaking Anil Kumble’s tally of 619 test wickets. On the other hand, India also has a variety of dependable players. Both R Ashwin and R Jadeja are proving indispensable with the bat and the ball. There also multiple dependable players in Kohli, Cheteshwar Pujara, Ajinkya Rahane, Mohammad Shami and Jasprit Bumrah.

As per the reports available, the pitch is set to be green but can get dry later on. England pitches are known to favour fast bowling generally and this pitch will do the same. The temperature will be on the higher side and it will be warm but a bit cloudy. India has lost two of the last five matches and won three. England, on the other hand, have drawn one of the last five test matches and lost four.

Both the teams are eager to prove themselves in this test match. England will seek to jum back and win games given its recent record, while India will try to extend its winning record in overseas conditions and answer its critics in the right manner. This rivalry will surely give rise to a good game of test cricket.