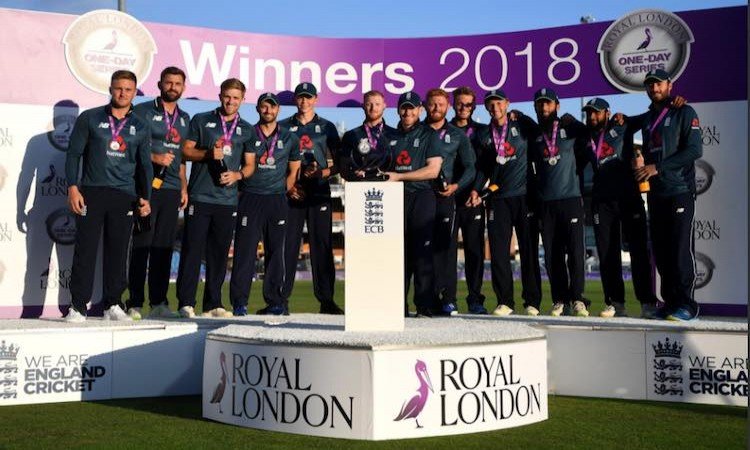 Leeds, July 18 – England put up a strong all-round show to thump an underwhelming India by 8 wickets in the series-deciding third and final One-day International (ODI) at the Headingley cricket ground here on Tuesday.

Then India’s bowlers could not respond to brilliant batting from Joe Root (100 not out) and Eoin Morgan (88 not out), who shared an 186-run stand for the third wicket as the hosts cantered to a big win, with 5.3 overs to spare.

It was England’s second consecutive win as they bounced back strongly after the first ODI loss in Nottingham before they produced a handsome win at the Lord’s.

For India, it was the second successive occassion in which their bowling and batting were outclassed. After conceding 322 runs before being bowled out for 236 in the second ODI, India made as many as three changes, dropping pacers Umesh Yadav, Siddharth Kaul and batsman Lokesh Rahul in favour of pacers Bhuvneshwar Kumar and Shardul Thakur and batsman Dinesh Karthik. However, despite these changes, the result did not change.

Put in to bat, India rode on captain Kohli’s 71, combined with his predecessor Mahendra Singh Dhoni’s laborious 66-ball 42 and a valuable 44 from opener Shikhar Dhawan even as Rashid applied the brakes to return figures of 3/49 off his 10 overs.