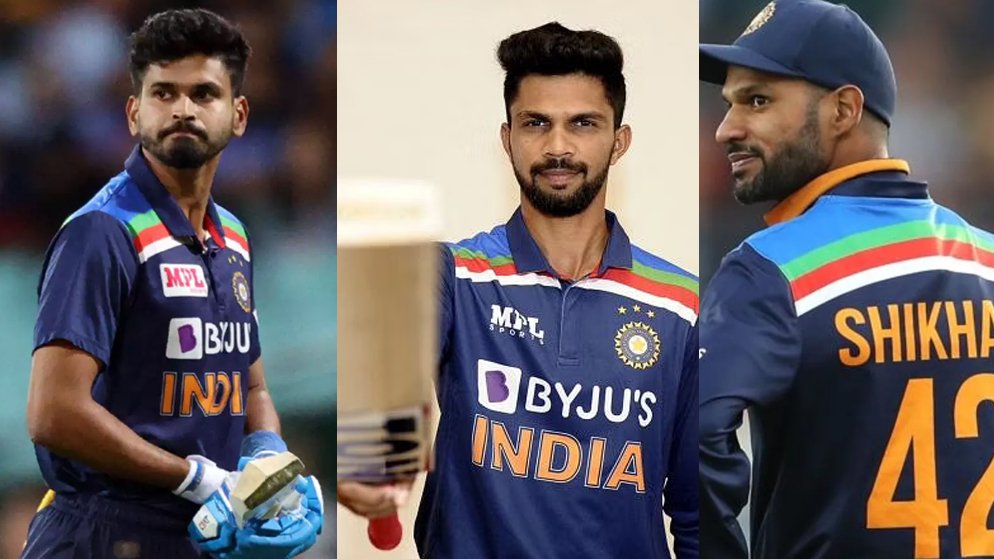 In a piece of shocking news that is sure to cause panic in the Indian cricket fraternity, important members of Team India, including Shikhar Dhawan and Shreyas Iyer, have tested positive for the coronavirus. Seven squad members of the Indian cricket team have submitted a positive report following their routine Covid-19 test.

In what is being seen as something catastrophic, this news has come only four days before Team India takes on the West Indies in a 3-match ODI series. Apart from Shikhar Dhawan and Shreyas Iyer, two other players plus three staff members of the squad are down and out with Covid-19. It has been learned that dashing young batsman Ruturaj Gaikwad and upcoming pace bowler Navdeep Saini are the remaining two cricketers who have contracted the deadly virus.

BCCI Concerned With Sudden Rise In Covid Cases Despite Bio-Bubbles

The Board of Control for Cricket in India (BCCI) is naturally very worried because of the recent developments. The board has been very particular about keeping all the players and the support staff in a secured bio-bubble well ahead of any approaching cricket tournament. This time around as well, the BCCI was diligent in keeping everyone linked to the squad in a secured bio-bubble. However, despite the best efforts of the board, seven members of the Indian cricket squad, players, and support staff have been diagnosed with Covid-19 so close to a fresh cricket series.

The board is saddened to find that along with four important players, three support staff members have also contracted the viral disease. When enquired about the situation, the board declared that sports massage therapist Rajeev Kumar, security liaison officer B Lokesh, and fielding coach T Dilip, have also been removed from the setup along with the four cricketers.

The BCCI had to call an emergency meeting on Wednesday evening, February 2, to discuss the possibilities concerning the unlikely situation that has been created following the corona scare. During an interactive session with the media, BCCI Secretary Mr. Jay Shah announced that as a precautionary measure, the BCCI has called-up opening batsman of the Test side, Mayank Agarwal, to fill one of the four vacancies in the ODI squad.

Both Indian And The West Indian Squads Fulfilled Quarantine Rules

Upcoming India versus the West Indies 3-match ODI series will be played at the Narendra Modi Cricket Stadium / Motera Stadium in Ahmedabad. The BCCI has opted for a single venue for all three games that will be played between the two sides to help the government in checking the spread of the coronavirus in the country. As per schedule, both the Indian squad members and their West Indian counterparts have been asked to follow a strict set of guidelines during the length of the series.

While the Indian squad had finished arriving in their Ahmedabad hotel by the end of the weekend, the West Indians checked in on Tuesday, February 2. Both the Indian players and the West Indian players are being made to stay in the same place, although in different sections of the hotel. The BCCI has asked both teams to refrain from leaving their respective areas for three days. The three days quarantine rule has been on top of the rule charts of the board for quite awhile now.

After the latest revelations about the Covid-19 outbreak within the Indian squad, the BCCI now has to find replacements of Dhawan, Iyer, Gaikwad, Saini before the series commences on Sunday, February 6. This whole exercise is sure to cause some major headaches in the camp. Also, the Indian players, as of now have been asked to not begin their training sessions until further notice.