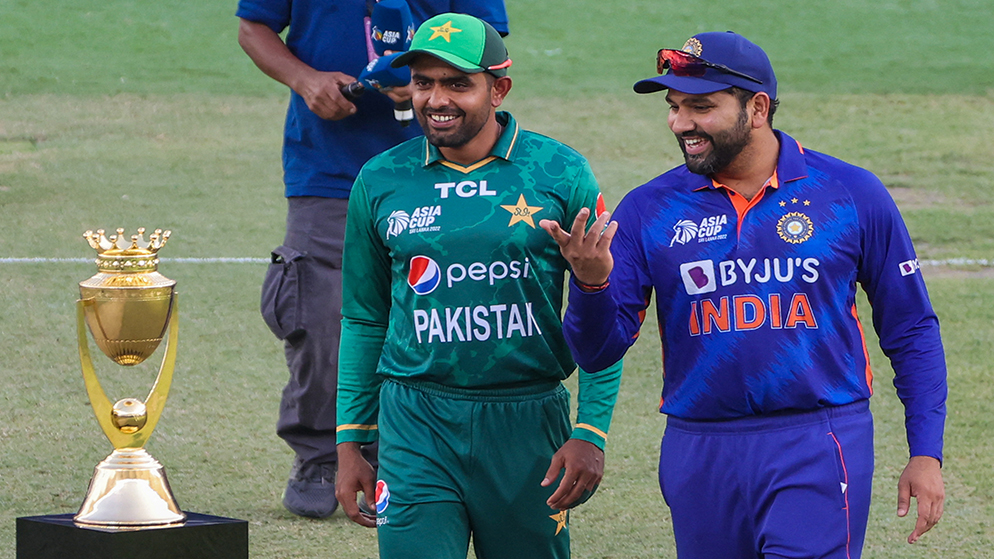 Pakistan Cricket Board (PCB) Chairman Ramiz Raja has threatened to withdraw from the 2023 ODI World Cup to be held in India if the BCCI decides to push for a neutral venue for the 2023 Asia Cup in Pakistan.

What’s the problem? The controversy began on Tuesday (Oct. 18) at BCCI’s annual general meeting, where Jay Shah, who was elected secretary-general for the second consecutive time, said India will play the Asian Cup at a neutral venue instead of traveling. to Pakistan.

PCB chief Ramiz Raja reacted strongly to Shah’s statement, saying that if that is the case, Pakistan will withdraw from the ICC World Cup 50+ to be held in India in 2023. The hosting rights of the 2023 Asian Cup over 50 have been awarded to Pakistan by the Asian Cricket Council of which Jay Shah is the chairman.

“The PCB is now prepared to make tough decisions and play hardball as it is also aware that ICC and Asian Cricket Council (ACC) events will face losses and business obligations if Pakistan does not face India plays in these multi-sport events.”, a senior PCB source told PTI.

PCB has so far not directly responded to the controversy. But it has been heard that the head of the PCB, Ramiz Raja, and several senior officials are upset by Jay Shah’s comments. A PCB spokesperson said these matters will be discussed next month at the ICC board meeting in Melbourne.

It all started when Cricket Board of India (BCCI) secretary Jay Shah, also ACC chairman, told reporters in Mumbai on Tuesday that the Indian team will not travel to Pakistan for the 2023 Asia Cup. Wasn’t enough, claimed Shah that the Asian Cup would be moved to a neutral country.

India’s announcement that it will not send its team to Pakistan was not surprising. After all, India had not toured Pakistan since 2008, when they participated in the Asian Cup. What is surprising is the timing of Shah’s statement. It comes at a time when the Asian Cup is still a year away.

Senior officials of the Pakistan Cricket Board (PCB) are said to be outraged by Shah’s premature announcement. When contacted, a PCB official said the council would soon release an official statement on the matter. “We will not be making official comments today, but we will soon,” he said.

Privately, however, senior sources on the board were willing to share details of the options it is currently considering. Angered by Shah’s irresponsible statement as ACC chairman, the PCB contemplates withdrawing from the continental body it helped establish in the 1980s.

“What’s the point of being part of an organization that can’t represent the interests of its members?” a source told The News. “How can one man decide the fate of the Asian Cup? And if you can, there’s no point in being part of the ACC,” he added.

The PCB will send a letter to the ACC asking for an explanation of Shah’s comments about the Asian Cup. “Pakistan will leave ACC if our interests are not protected,” said the source. PCB is also considering the possibility of withdrawing from the 2023 World Cup to be held in India.

“There is an ICC board meeting in Melbourne next month. PCB will raise this issue very strongly. PCB will make it clear to the ICC that it needs government approval to confirm the Pakistan team’s visit to India for the World Cup,” the source said.

The Pakistani government will not allow their team to travel to India for the World Cup. This will put the International Cricket Council (ICC) in a difficult situation.

According to sources, PCB top brass is convinced that BCCI is trying to harm Pakistani cricket and they will not let it go. “The Board is ready to take all possible measures to protect the reputation and interests of Pakistani cricket. PCB will ensure that the Asian Cup is held in Pakistan as decided by the ACC Board. If not, PCB will use all available options,” the source added.

India and Pakistan have not played bilateral series in the last 10 years. In 2012, Pakistan traveled to India for a six-match ODI series.

The Indian team has not traveled to Pakistan since 2008 following the Mumbai terror attacks. There was a bilateral series that was planned in 2009 but was canceled in light of the terrorist attacks.

Since 2012, India and Pakistan have only met in neutral venues for ICC events.

Why does BCCI not want India to travel to Pakistan?

After the attack on the Sri Lankan team in Lahore, no international team has visited Pakistan for more than a decade for security reasons. And not only India but several other countries like New Zealand and Australia have expressed their fear of traveling to Pakistan.

Is the circuit board removed from the ACC?

PCB sources, speaking to PTI, said Pakistan is also considering withdrawing from the ACC due to the recent controversy. The source said that PCB will not accept any interruption of its hosting rights.

“One option being considered is to withdraw from the ACC as the PCB believes that the ACC was established to promote and develop cricket in the region and forge unity between member countries. But if the ACC chairman has to make such statements, there is no point in Pakistan staying in the body,” the source said.