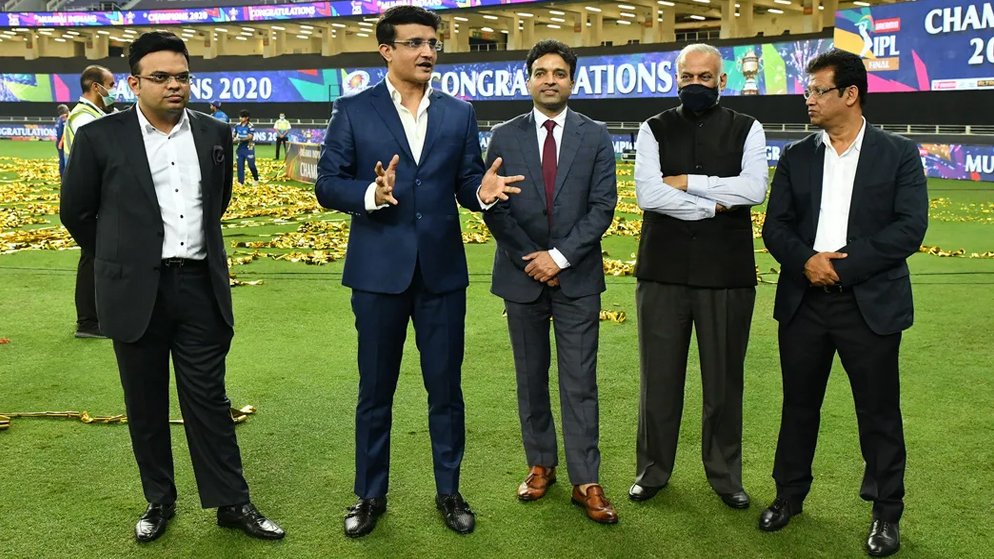 The International Cricket Council has recently announced the revival of the ICC Men’s Champions Trophy. The tournament, also called Mini-World Cup, would have been hosted in 2020 if it had not been discontinued by the international cricketing body after 2017. However, ICC has decided to bring back the tournament and BCCI has been one of the bidders.

The Board of Control for Cricket in India (BCCI) is pretty confident about hosting big-ticket tournaments and can possibly land a World Cup in the next 10 years. It becomes increasingly difficult to host such multi-team international tournaments every two years; but it seems the board and its officials have thought it through. Reportedly, in the Emergent Apex Council Meeting of the Board of Control for Cricket in India. A decision has been taken and India will be bidding for the upcoming Champions Trophy; T20 World Cup; and 50-over World Cup.

England and Wales hosted the previous ICC Men’s Champions Trophy in 2017 before the international cricketing body called it off. Owing to the renewal of the FTP cycle in the next eight years between 2023-2031. The lovers of the game will get to see some heavy dose of cricketing action. It is believed that poor viewership was one of the root causes that led to the cancellation of the ICC Men’s Champions Trophy. The lack of interest from the audience also led to difficulty in getting sponsorship deals done.

The World T20 Championship was seen as an immediate replacement to the Champions Trophy. The World T20 Championship was scheduled to be held every 2 years. However, the International Cricket Council announced recently that they will be bringing the Champions Trophy back. Subsequently, India has emerged as one of the leading contenders to be the host nation. In the upcoming FTP cycle of 8 years, India plans on hosting 3 of the big-tickets tournaments.

The officials of the Board of Control for Cricket in India (BCCI); have said that the Champions Trophy will gain a massive amount of popularity due to its short run-time. They believe it to be “only fair” to bid for the Champions Trophy resuming in 2025 after gaining hosting rights to the ICC Men’s World Cup 2023. A cricketing nation as big as India should not be facing difficulties administering a major international cricket tournament every 2 or 3 years.

Similarly, the number of teams in the ICC T20 World Cup has also been increased from 16 to 20. The top 9 teams in the ICC International Cricket rankings will find their places fixed in the tournament along with the host nation. The rest have to play an ICC Men’s T20 World Cup Super League to get past the qualification phase and be among the 6 teams that get qualified

The Board of Control for Cricket in India (BCCI) will also form a 10 member committee to decide on the modality of compensation for the domestic players due to the cancellation of the Ranji Trophy, last season. The 10 member committee will have people representing different sectors of the nation; along with the office bearers, Sourav Ganguly and Jay Shah.

The domestic players participating in the Ranji Trophy were paid 1.40 lakh rupees per match. The committee has to come to a decision for their payments and also decide who gets paid and who does not. The per match payment was followed by another handsome amount from the Board of Control for Cricket in India (BCCI) Gross Revenue Share (GRS). The board understands that a shared consensus must be reached among the committee members to differentiate the potential first-class cricket players from the regular ones.

For the fans, it is going to be a real feast for the eyes; if so many big-ticket tournaments get hosted in India every two years. It will be interesting to see whether the Sourav Ganguly-led BCCI is successful in its bids.