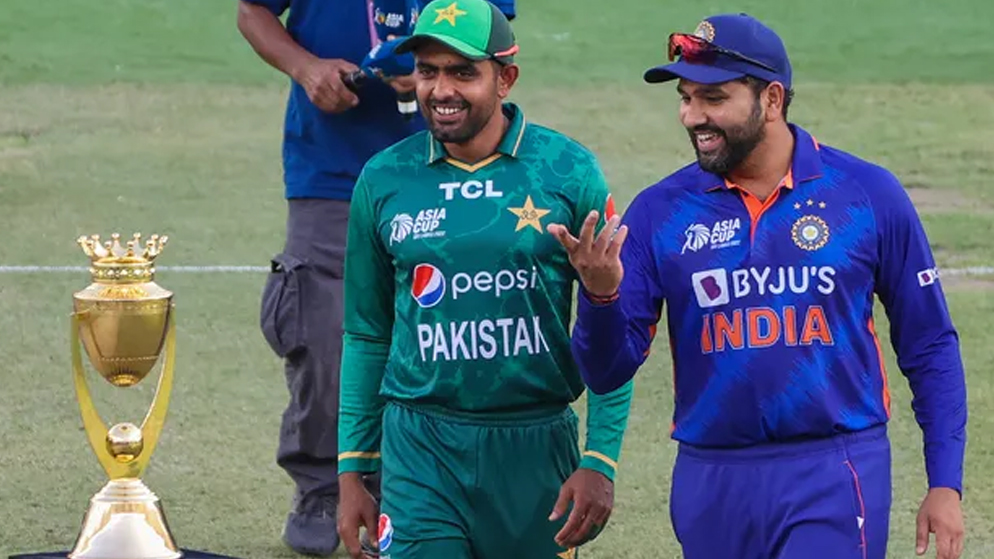 Flagship tournaments are slated for a return to Pakistan as the Asian giants will host the upcoming edition of the Asia Cup in 2023, followed by the ICC Champions Trophy in 2025. The 2023 edition of the Asia Cup will mark the return of a major cricket tournament to Pakistan after more than two decades. When it comes to touring Pakistan, the Board of Control for Cricket in India (BCCI) is expected to have reservations due to the political conflict between the two Asian countries.

There is no denying that the rivalry between India and Pakistan in cricket is arguably one of the most intense sports rivalries in the world. The traditional rivals only meet in ICC events and the continental tournament – Asia Cup. It has been almost ten years since India and Pakistan played a bilateral series. Former world champion India was last in Pakistan in 2008 to play in the Asian Cup.

According to a report submitted by Cricbuzz, it has been learned that India’s top cricket board is open to sending the men’s cricket team for the 2023 Asian Cup to Pakistan. A BCCI note was reportedly shared by the state associations ahead of the annual general meeting (AGM). According to the note, the 2023 Asia Cup is listed as one of the four events that Team India is expected to participate in next year.

It should be noted that BCCI Secretary Jay Shah is also the chairman of the Asian Cricket Council (ACC). So there is always a possibility that the continental tournament will be moved to a neutral location such as the United Arab Emirates (UAE). The previous edition of the Asia Cup was also hosted by the UAE. Arch-rivals India and Pakistan will resume their rivalry at the ICC World T20 2022 on October 23.

The Indian team will compete in the following ICC events in 2023:

Pakistan is slated to host the 50-over Asia Cup in the second half of 2023, after which the World Cup will take place in India. And according to the AGM note, the BCCI appears to be open to travel to Pakistan, which has been a no-go area since 2008, when India participated in an Asian Cup.

When contacted, the BCCI officials were reluctant to take a position, but what matters is the fact that Jay Shah, the BCCI secretary, is the chairman of the Asian Cricket Council (ACC). “It will as always be subject to the approval of the Government of India,” said a BCCI official who maintained the oft-repeated position. There is always an alternative to host the event in the UAE, such as this year’s Asia Cup, but the BCCI note seems to suggest otherwise.

Meanwhile, another AGM story has confirmed a Cricbuzz report on the Indian government’s decision to increase fiscal spending for the World Cup. “ICC has now received a 20% tax order (excluding fees) on its broadcasting earnings for the 2023 event from the Indian Revenue Service. BCCI is currently cooperating with the Indian Ministry of Finance and has a 10% tax order (excluding fees) against this 2023 ) at the highest level and we hope to see a 10% tax order (without surcharges) soon,” the note said, reported by Cricbuzz on 9 July.

BCCI further states that the higher tax expenditure means a greater loss of income for the board, as the costs will have to be borne by BCCI. “It should be noted that any tax expense incurred by ICC for the 2023 event in India will be adjusted by BCCI’s share of ICC revenue,” the note reads, illustrating the point that “the impact on revenue of ICC’s BCCI if ICC receives a 21.84% withholding tax order is $116.47 million.” The total cost of the 2023 World Cup is $533.29 million.

The previous tax assessment was 10.29% levied on India’s 2016 Twenty20 World Cup, and the $23.5 million liability was adjusted according to India’s share of the ICC’s revenue. The note confirms: “The relevant Department of the Government of India allowed the ICC broadcasting partner a lower withholding tax of 10.92% for the 2016 event. This 10.92% amounted to almost $23.5 million. $5 million was subsequently deducted from BCCI’s portion of ICC’s revenue, and this deduction has since been legally challenged by BCCI.”

India also hosted the 2021 World Cup, but the laws did not apply as it was held in the United Arab Emirates. “The 2021 ICC Men’s T20 World Cup was supposed to be held in India but was moved to the United Arab Emirates and Oman in the middle of this year due to reasons related to the Covid-19 pandemic. The BCCI organized this event with the Emirates Cricket Board and Oman Cricket As the event took place outside of India, the event was not subject to any withholding tax from the Indian tax authorities,” the note reads.