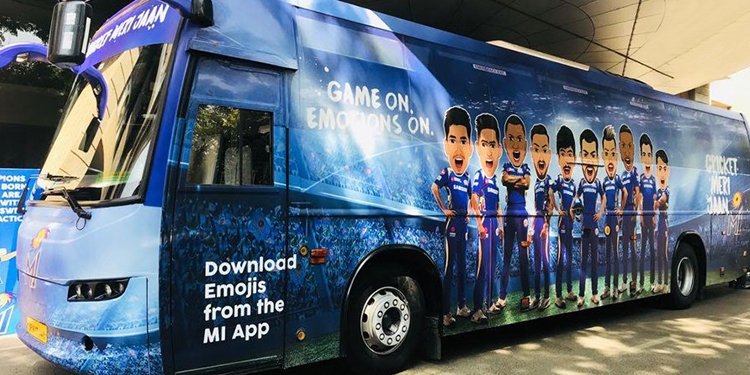 The second phase of the Indian Premier League is set to resume on the 18th of September, 2021 in the United Arab Emirates. The Board of Cricket Control in India (BCCI) has recently issued a set of guidelines that concern the safe resumption of the tournament. The BCCI has said it will allow the bubble to bubble transfer for all players and officials who are already involved in prior tournaments.

Therefore, all the players and officials who have been involved in the South African tour of Sri Lanka; the Caribbean Premier League, and the India-England series. The concerned individuals will be allowed to join their franchises without having to serve any quarantine. Touring parties have been forced to stay in quarantines for every tour; which along with the bio-bubbles have been affecting the mental health of multiple players. Let us have a detailed look at this particular announcement.

In the recent India tour of Sri Lanka, all-rounder Krunal Pandya had tested positive for the virus. This had damaged the plans of the touring side significantly as it had to do with a severely diminished squad as nine players had to quarantined as they were primary contacts. Among them, Yuzvendra Chahal and K Gautham further tested positive. In touring India party in England, Rishabh Pant too had tested positive. The BCCI however has been trying to ease up the process of quarantine a bit. On the 6t of august, 2021, it has issued a 46-page long health advisory that has been circulated among the eight franchises partaking in the tournament.

The advisory states, “after the conclusion of England vs. India series in the UK, Sri Lanka and CPL; the players, team support staff, commentators and broadcast crew continue to remain in their respective Bio-Secure Environments and are transported in the team bus straight to the aircraft where they are exempted from immigration and other formalities at the departing airport.” Furthermore, it states, “the team bus drops the players straight on to the tarmac thereby avoiding the need for players to pass through the airport terminal building preventing contact with other people outside the Bio-Secure Environment.”

This shows how the BCCI has been trying its best to avoid the players from getting any sort of contact with the people outside the bio-bubble. To ensure this further, all the players shall be travelling by chartered flights. On their arrival, all the players and officials shall be undergoing a mandatory RT-PCR test; to ensure that they have not contracted the virus. The players will be allowed to join their teams only if they test negative.

A total of 14 bubbles have been created throughout for the arriving players and officials. The players have been allotted eight of these bubbles while three each have been allotted to the match officials and managers and the broadcast crew and members. Regular tests shall be conducted to ensure that the virus does not spread within the bubble.

The advisory further has stated, “prior intimation to IPL Chief Operating Officer (COO) is mandatory; if the teams are exploring the above-mentioned travel arrangements. If the BCCI Chief Medical Officer is not satisfied with the strict adherence to the travel protocols by any of the individuals; they will have to quarantine for 6 full days and undergo 3 RT-PCR tests before participation in IPL matches.” Those who were not a part of the aforementioned tournaments anyway shall have to go through a quarantine of six days.

To minimize any sort of breaches in the protocol, the BCCI has issue strict warnings too. It states, “breach of any Bio-Secure Environment protocols by franchise members or their families will be subject to disciplinary action by the BCCI.” Furthermore, to ensure that the bio-bubbles remain as safe as possible; the advisory states, “during the IPL 2021, members within a Bubble must travel only in the dedicated vehicles from a fleet of buses and cars accredited by BCCI; which will be sanitised regularly. The drivers of all such vehicles will also be in the respective Bubbles; tested regularly for COVID-19 and undergo temperature screening.”

The first leg of the Indian Premier League had to be stopped due to the second wave of the pandemic in India. BCCI thus is trying its best to limit the spread of the virus in the second phase of the tournament and for good reason.