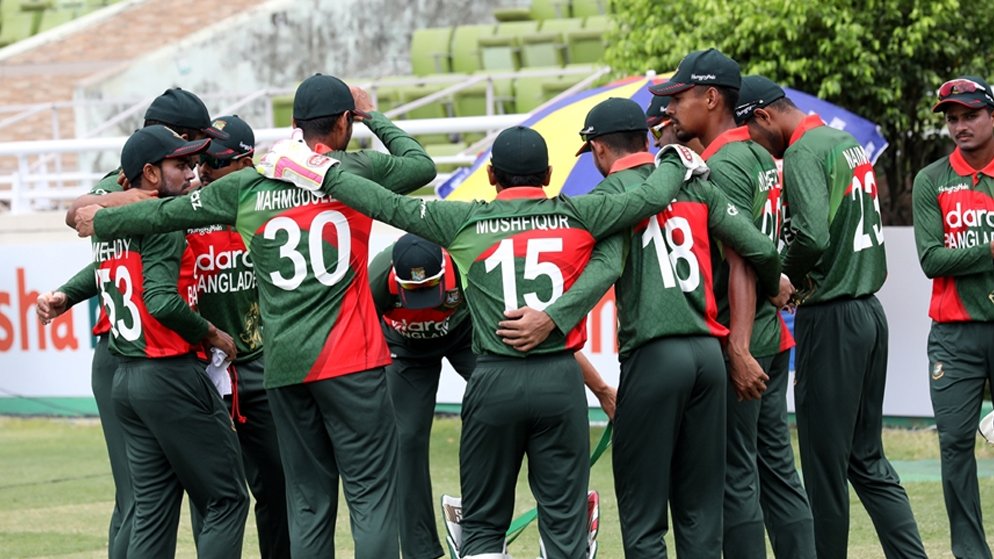 The third installment of the 3-match ODI series between Bangladesh and Sri Lanka will be underway on Friday. The match is to be played at Sher-e-Bangla National Stadium. The game begins at 12:30 pm IST.

Sher-e-Bangla, Mirpur has always been a slow pitch for both the batting and the bowling side. An average of 250-270 is the most that can be expected from the two teams playing here. Winning the toss remains a big factor over here. The team batting second has struggled to pick up runs in the later half of the game. In both situations, it has been Sri Lanka who lost the toss and were forced to bat second.

Although the super cyclone brewing near Bay of Bengal has ended, the chances of precipitation are still high. An inconsistent downpour has been quite the picture. In case the game is put to a halt due to the rain, Sher-e-Bangla has a well equipped drainage system in the world and is considered amongst the best in the business. The rain would only make the pitch slower for the teams and pose more problems for them.

Bangladesh who were clear favorites to win this series have once again established their absolute power in their home soil.

Team Bangladesh won the toss and decided to bat first which turned out to be one of the key decisions in the game. The onus was once again on Mushfiqur Rahim who has been nothing but absolutely top-notch. The slow opening order of the Tigers toppled fast with one of their main players, Shakib Al Hasan dismissed for a duck. Mushfiqur Rahim took to the crease and stayed put keeping Bangladesh alive in the match. Rahim went on to extend the team total as high as he could and even reached a three-figure mark himself. His phenomenal 124 runs came off 127 balls, hitting 10 boundaries in total.

Bangladesh had handed their opponents a relatively sound target to chase, given that they would be batting second on a slow pitch. The gamble paid off as Mustafizur Rahman prevented the entire Sri Lanka batting lineup from scoring. Rahman picked 3 wickets in the six overs he bowled giving away only 16 runs, a brilliant set of numbers from this seamer. Ultimately it was the rain that forced the game to be stopped.

The Bangladesh team having won the series will try to put the game to bed in their third and final match of the series.

Sri Lanka who were very poorly outplayed by Bangladesh, had it coming their way. The experimental squad picked by the board which lacks experience will succumb to the raging pressure ahead of them, and they did. This defeat means Sri Lanka’s fifth straight loss in the ODI format after the West Indies whitewash.

It was only Wainanu Hasaranga who restored some faith into the team ahead of the penultimate game of the series. His 74 runs off 60 balls was what brought the Lions close to chasing a not-so-mammoth target Bangladesh handed them. However, the all-rounder could not perform in the second match along with his team’s batting lineup. Bangladesh’s bowling resisted Sri Lanka’s efforts to stay put and thrive in the match. The interruption of the game however kept the Sri Lankans from playing the last ten overs of the game but with only one wicket left and 121 runs to score, they could not have done it. The DLS announced Bangladesh as the eventual winner of the match.

This loss would hurt Sri Lanka’s side quite a bit as they lack the killer instinct and urgency needed to perform in games they ought not lose.

Bangladesh who have never won a bilateral series against Sri Lanka have finally done it. The tour has been a series of devastating losses given that Sri Lanka have a good record in Mirpur. They have emerged victorious 18 times and have only suffered 8 losses. However, the three defeats in their last six matches have been on this ground.

The Tigers who have already won the previous two matches will look forward to winning this one as well.