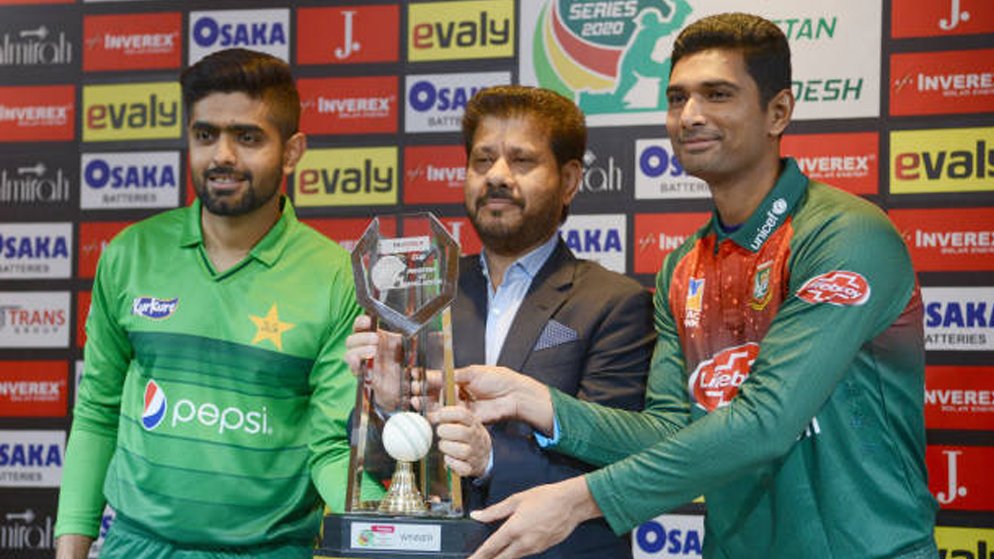 Pakistan and Bangladesh are both back from their respective Men’s ICC T20 World Cup duties and will be renewing their cricket rivalry on the pitch this Friday, November 19. Pakistan will be back on the crease after performing brilliantly in the just-concluded World Cup. They topped their group in the Super 12 round with an unbeaten record and reached the semi-finals of the competition. Their dream of winning the trophy was, however, cut short by eventual winners Australia. Bangladesh, on the other hand, fared poorly, to say the least. They would be looking to get back to winning habits on home territory.

This will be the first of three T20 internationals that the two teams will play against each other, starting Friday. The first match will be played at the Sher-e-Bangla International Stadium in Mirpur, Dhaka. The teams will be taking their positions on the field by 3.30 pm (IST).

The Sher-e-Bangla pitch is renowned to be friendly to the spinners. But since it has remained untouched for quite some time now, passing a verdict now would be foolish. However, if one looks at the history of this venue, this pitch has indeed favoured the bowlers.

On top of this, the toss could play a major factor in determining the outcome of the match. The team winning the toss would most likely go for fielding since the dew factor could come into play in the latter parts of the game.

The weather in Mirpur at this time of the year would be pleasant. The average temperature is expected to be around 28 to 29 degrees centigrade. The weatherman has also predicted a clear sunny sky with a light breeze.

Pakistan and Bangladesh have met a total of 12 times in T20 internationals over the years. The former has come out on top 10 times, while the latter has managed to conjure up 2 victories so far. The far superior numbers show the dominant nature of the Pakistani side in this fixture.

A battle-ravaged Bangladesh would be raring to go on familiar ground to get out of the losing streak they have been subjected to. In the group stage of the T20 World Cup, they failed to win a single match out of the five that they had to play.

Nonetheless, they are on a different side at home. The slower, spin-friendly pitches could aid them in their playing style. They could be taking inspiration from the fact that they have beaten Australia and New Zealand this season at home. This could give them extra motivation while tackling Pakistan.

Bangladeshi supporters have been dealt a blow with the news that talented opening batsman Tamim Iqbal has been ruled out of this series because of an injury to the thumb. He will be joined on the sidelines by veteran all-rounder Shakib Al Hasan, who is also nursing an injury. The absence of these two key players could affect Bangladesh’s game plan.

The Pakistani side was one of the favourites to win the T20 World Cup. They had steamrolled their way through their group to reach the semi-final stage by notching up 5 straight victories. They had destroyed a superstar-filled Indian side by a 10 wicket victory during their dream run. But they lost out to eventual winners Australia by the slimmest of margins in a tightly-fought game of cricket. This Pakistani side is beginning to look like a world-beater.

The Pakistani camp has not reported any injury updates yet. However, one of their senior players- Mohammad Hafeez, will not be seen in this series. His place in the squad has been taken by domestic sensation Iftikhar Ahmed.

Pakistan Hoping For A Series Whitewash

With few changes in the line-up, Pakistan is the clear favourite to win not just this match but the whole series. Mohammad Rizwan and skipper Babar Azam are currently the best opening duo in T20 internationals. If we combine that with spinners Shadab Khan and Imad Wasim, we have more quality match-winning players.

The only advantage that Bangladesh will have is that of playing on home ground. Seeing as the host side has already beaten Australia and New Zealand in T20 internationals at home this year, Pakistan should not take Bangladesh easy.