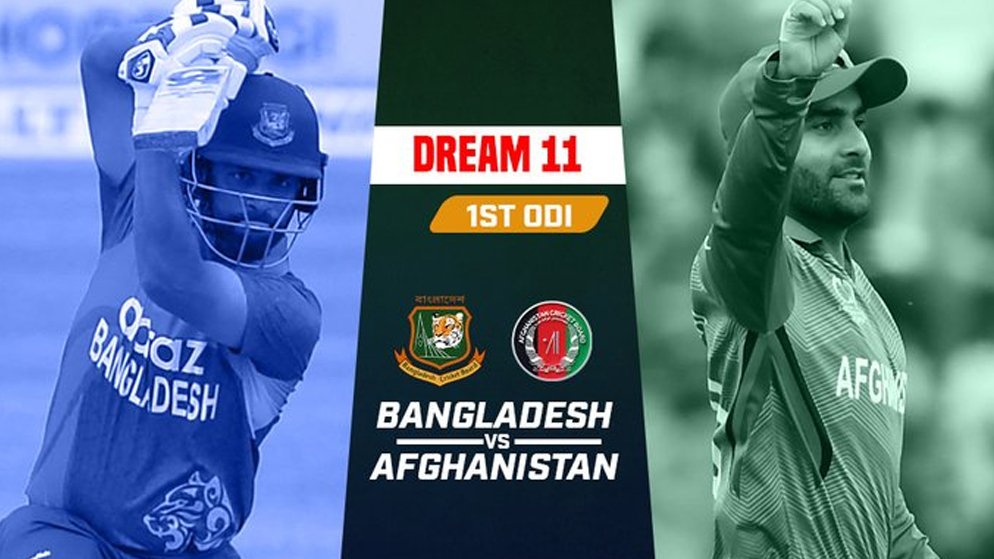 The New Year has started with some exciting cricket. Team India has just finished playing the West Indies and is now waiting to take on Sri Lanka in the weeks to come. While India will be busy hosting its sub-continental neighbors, in another part of the same region, two other cricket-playing nations of the sub-continent are getting ready to lock horns in an exciting contest.

Much Awaited Tour To Begin With The ODI Series

Afghanistan has waited a long time to get into the same place as the rest of its sub-continental neighbors when it comes to playing cricket. Now that they have been made part of the cricket fraternity on a full scale, they are not likely to take things lightly in the series against Bangladesh. In most parts of the world, the Afghanistan side is addressed as a ‘minnow’ of global cricket. However, in recent times, we have seen very clearly that Afghanistan cricket has improved by leaps and bound over the past few years. In the 2021 edition of the ICC Men’s T20I World Cup, Afghanistan showed cricket lovers the world over how much progress they have made in their game. They competed for neck-to-neck with the so-called ‘heavyweights’ and packed a punch well above their weight.

The first game between hosts Bangladesh and visitors Afghanistan is scheduled to be played in the coastal city of Chattogram on Wednesday, February 23, 2022. The match will take place inside the Zahur Ahmed Chowdhury Stadium, where the cricket ball will start rolling at 10.30 am (IST).

The groundsman at the Zahur Ahmed Chowdhury Stadium has said that the pitch conditions will be well-suited for a scoring game. Historically, the venue has produced a handful of high-scoring international matches. It will be interesting to see how the Afghanistan batters cope with the low-bounce pitches of Bangladesh grounds. Although the pitch has been freshly treated to aid batters in general, the soil type at the venue has mostly provided very less bounce to pace bowlers over the years. For Afghanistan to challenge their opponents on the field, they would have to do their homework correctly and prepare themselves mentally for a strong reception from the hosts.

This time of the year, the climate in Bangladesh remains very pleasant. The dew factor could step in during the later hours of the game. So, no soul will be surprised if the toss-winning skipper opts to bat first.

All Players Fully Fit And Available From Both Sides

Media representatives have reported that both the Bangladeshi and the Afghan sides have all players fit and ready to play. This will be good news for both team managements, since a lot of cricket is being played lately, and the fitness of the key players would determine the result of the games in a big way. Veteran Bangladeshi players such as Shakib al Hasan and Mushfiqur Rahim are the mainstay of this Bangladesh side, whereas star Afghan bowler Rashid Khan could be a match-winner for the visiting side.

Both Sides Go Into This Tour With Positive Mental Set-up

As the time comes near for the two sides to step into the field their last assignments have given them the positivity that is needed to win cricket contests. The last series played by Afghanistan was against the Netherlands. In it, Afghanistan claimed all three victories in the 3-match ODI series.