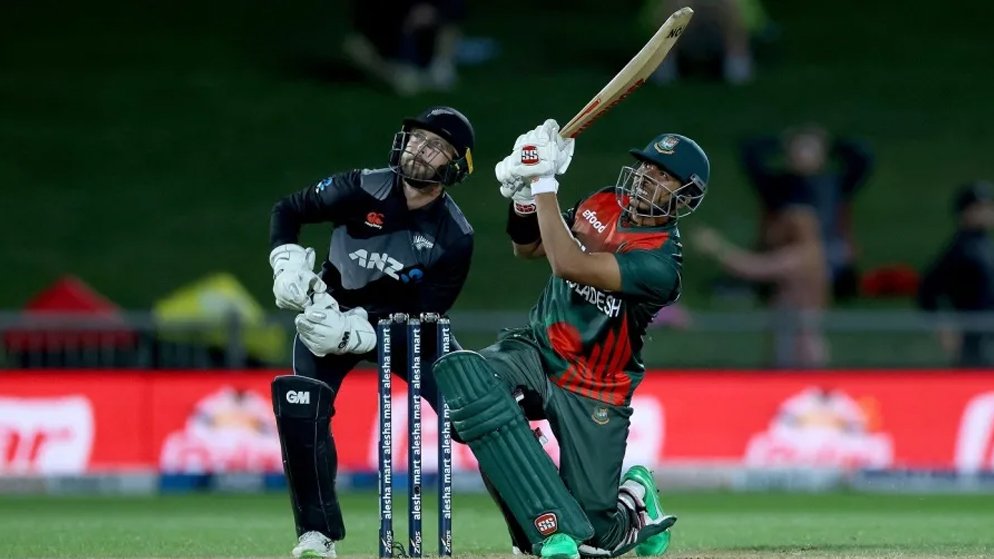 To the relief of millions of cricket fans both in Bangladesh and New Zealand, the upcoming Bangladesh Tour of New Zealand is one step closer to being given the green signal. As per reports coming in from New Zealand, all the members of the visiting Bangladeshi contingent has tested negative in the Covid-19 tests on Sunday, December 19.

Rangana Herath, the spin bowling coach of the Bangladesh cricket team, has been asked to remain in isolation following his exposure to the Omicron variant of the coronavirus on the flight from Bangladesh to New Zealand.

Initially, nine members of the Bangladeshi contingent had tested positive for Covid-19 after their arrival in the island country. But due to the stringent rules at force in New Zealand, the whole contingent was sent for quarantine immediately upon their arrival.

It has been learnt that the New Zealand officials are still not okay with Herath’s situation since everyone around the world is fearful of the new mutant Omicron virus. He will be kept separately for a further few days until a day is decided to conduct his Covid-19 test. As things stand now, the Bangladeshi spin bowlers will have to begin practising their skills without the guidance of their coach for the time being.

BCB President Worried About Mental State Of The Players

The Bangladesh Cricket Board (BCB) President Nazmul Hasan has been very worried lately because of the ground situation in New Zealand. Since their arrival, it has been tough for the players to remain indoors most of the time. While speaking to reporters, Mr Hasan said, “The Bangladeshi cricketers are mentally very tired. Many of the players were thinking if the tour can be postponed so that they can return home. There’s no chance of that happening. We will discuss the situation with the New Zealand board if the quarantine is extended beyond December 21.”

Bangladeshi Cricketers Made To Practice In Indoor Facilities

Up until Sunday’s Covid-19 tests, the Bangladeshi players were allowed only to undergo practice sessions in indoor facilities near their place of stay. They started preparing for the upcoming series with a well-rounded training session on December 16 in the indoor facility. After that, they were made to go back to their Managed Isolation and Quarantine zones.

It has become a cause of great concern for Team Bangladesh as they have not been able to have a proper outdoor training session since they arrived in the host country New Zealand. But as all of them have finally cleared the tests, a full outdoor training session is to be scheduled shortly. Speaking to the media representatives, the team director of the Bangladeshi side, Mr Khaled Mahmud had this to say- “We have completed the last corona test yesterday and today the result came out… all of us returned negative. We can come out from here (Managed Isolation and Quarantine centre) tomorrow and start our practice from the morning at the Lincoln University Ground where we will also get the gym facilities.”

On being asked whether the players would be able to move around from now onwards, Mr Mahmud added, “After completing the practice, we will move to our team hotel and do all the normal activities.”

If all goes according to plan, the much anticipated Bangladesh versus New Zealand 2-match Test series will start on New Year’s Day, January 1, 2021. This series is will be of great importance to both the teams, although for different reasons. Bangladesh has performed poorly in international cricket competitions, this year. They have shown only rare sparks of brilliance, but that too at home. Away from their home turf, Bangladesh is yet to produce a satisfying result. Under these circumstances, the Bangladeshi players would be raring to go at this new opportunity to show their mettle on the international stage.

However, it would not be easy for Bangladesh to inflict any form of damage on a strong Kiwi side. One should never forget that New Zealand is the reigning World Test Champions. They took the title after defeating India in Southampton (England), in June 2021. As the series is a part of the new ICC Test Championship cycle, the Kiwis are likely to be quite serious about defending their hard-won crown. They begin their defence on January 1 in Mount Maunganui, where the first Test will be played. The two sides would then travel to Christchurch to take on each other in the second Test, commencing on January 9.