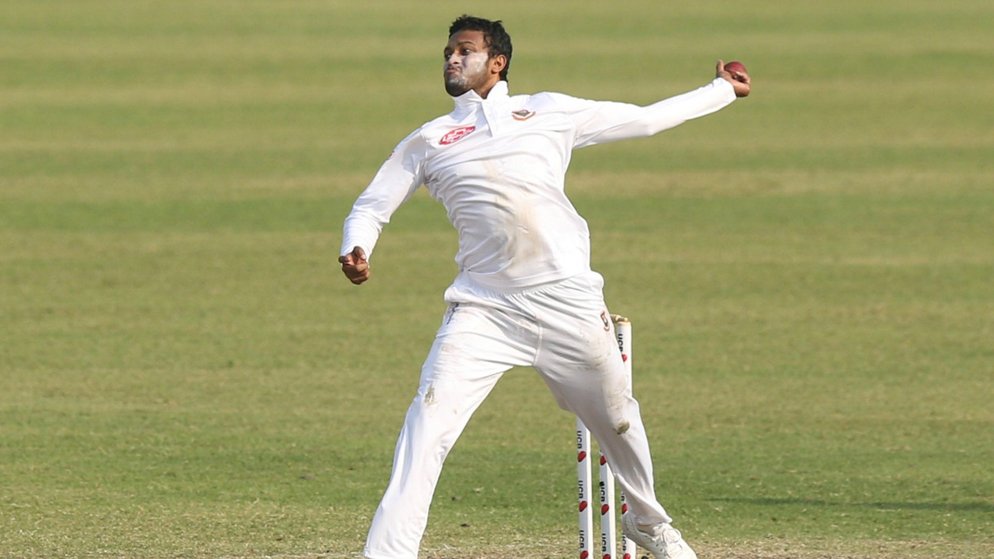 The Bangladesh Cricket Board (BCB) made a major announcement on Shakib Al Hasan’s release. It has decided to exclude veteran player Shakib Al Hasan from the squad that is scheduled to travel to New Zealand for an upcoming tour. In his place, the BCB has called up debutant Fazle Rabbi. This player is currently plying his trades in the Bangladesh circuit and is a gifted all-rounder.

Shakib Al Hasan was initially part of the team that was about to embark on their New Zealand tour. However, he had made a request to the board for a leave of absence from the tour and the board promptly granted his appeal. The media has not been able to gather the exact details behind Shakib’s desire to sit out of the series against New Zealand. But it is most likely because of certain family issues that he has been burdened with.

Shakib Al Hasan has been one of the star players of the Bangladesh cricket team for over 15 years now. He made his ODI debut in the year 2006 against India, and his Test debut later in the same year against Zimbabwe. From then onwards, Shakib Al Hasan has been an integral part of the Bangladeshi side that has seen many ups and downs over the years.

The battle-hardened Shakib Al Hasan has been in fine touch this year. He performed consistently well in the Indian Premier League (IPL) for the Kolkata Knight Riders (KKR), and helped the Kolkata-based franchise to reach the final of the marquee event in the UAE.

He was also the top performer for Bangladesh in the home side’s defeat at the hands of Pakistan in the just-concluded Test match in Dhaka on Wednesday, December 8. Although Bangladesh lost the bout by an innings and 8 runs to a dominating Pakistani side, Al Hasan had held onto his ground in both innings. He finished the match with a score of 33 in the first innings, and 63 in the second.

This test match, the second and final in a 2-match Test series, was a milestone match for Al Hasan. On his way to scoring those runs, he reached the mark of 4000 career test runs. He took a total of 59 test matches to complete this feat, and by doing so, became the fastest among the players who have done it already. Until this point, Sir Ian Botham had held that record.

The year 2021 did not get the best of Shakib Al Hasan as far as Test cricket is concerned. The match against Pakistan, which ended last week, was only his third overall in the current season. Bangladesh has competed in a total of 7 test matches in the calendar year of 2021. But out of these, cricket fans could only see their favourite player Al Hasan taking part in three.

The major reason for his failure to join his teammates in more outings has been his struggle with injuries all through the year. He had to opt out of two test matches because of the finger injuries that have been bothering him for quite some time now. He participated in the 2021 edition of the IPL, despite being aware of the nagging injury. His involvement in the IPL made him unavailable for two more test matches. A KKR fan would be well aware that Shakib was not seen in the KKR starting eleven regularly, but was used in some of the clutch matches.

BCB Brings In New Player In Place Of Shakib

The Bangladesh Cricket Board will be adding a new player to the squad that is about to make the journey to New Zealand. They have named Fazle Rabbi as the replacement for Al Hasan. He has never played for the national side of Bangladesh but has been a revelation in the National Cricket League this year. Rabbi finished the domestic league as its top scorer with 630 runs. He had a batting average of 60 in this competition. The numbers are a clear indication that a lot is expected from this talented player.

In an interesting move, the BCB has brought in Sri Lankan spin legend Rangana Herath into the fold as spin coach of the national side. He has been appointed for two years, until November 2023.

With the addition of Herath, the board would be seeking better results from the national side in New Zealand. Bangladesh’s tour of New Zealand starts on January 1 at the Bay Oval in Mount Maunganui.