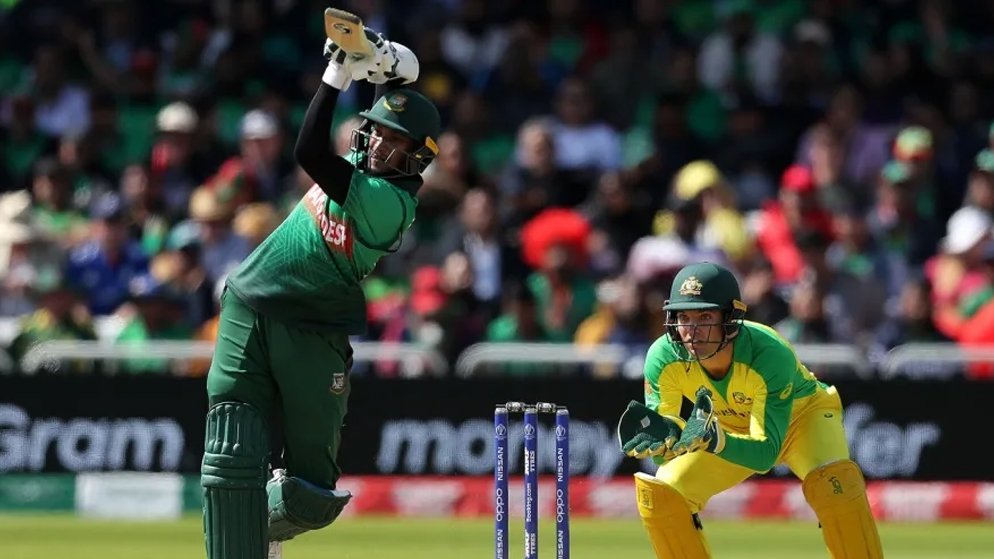 The Bangladesh Board of Cricket has announced on Wednesday that they are pretty confident about hosting Australia in August. It is understood that there are several bio-security issues and government approvals that are yet to be arranged, but the board remains optimistic that these administrative issues will be handled.

The Australian cricket team will be touring Bangladesh as part of their international schedule; play a 5-match T20 series with Bangladesh. The Australian cricket board, Cricket Australia (CA), is worried about their players’ safety and will seek proper bio-security measures in countries they will be traveling to. On Wednesday, Cricket Australia (CA); announced their 18-man squad plus two reserves who will be visiting West Indies for their white-ball tour.

They are yet to take a step in announcing the traveling squad for the Bangladesh tour; as none of the official government approvals or bio-security arrangements are underway.

The Aussies prepare themselves for quite a lengthy stay in West Indies as they will be playing five T20s in St Lucia and three one-day international matches in Barbados.

With the increasing Covid-19 scare in all the countries across the world; the Australian cricket board has asked for top-notch precautionary measures for their players. CA, Cricket Australia has further demanded a no-outsider policy for the team hotel. The hotels in which the players will be staying during their playing days; should not have any tourists or outsiders and should solely belong to the cricketers. This has been requested keeping in mind that bio-bubbles can get breached if any person staying at the hotel fails to comply with the protocols. Hence to avoid such a scenario and curb down the contamination and spread of the virus as much as possible Cricket Australia (CA); has requested no outside boarders to be allowed inside the hotel premises.

The Bangladesh Cricket Board’s (BCB) decision to host their games in Chattogram and Dhaka has been opposed by Cricket Australia (CA). To make sure that the players are safe; Cricket Australia has asked for all the matches to be held in Sher-e-Bangla National Stadium in Mirpur, Dhaka. While many of such discrepancies remain between both parties; Nizamuddin Chowdhury, the chief executive of the Bangladesh Cricket Board; still believes that they can attain a common ground and find a solution to the underlying disagreements.

Zimbabwe Tour Of Bangladesh Still On

Meanwhile, Bangladesh Cricket Board (BCB) confirm the arrival of the Zimbabwe cricket team to their country. Amidst the cancellation of sporting activities all around due to the Covid-19 pandemic. Zimbabwe tour of Bangladesh will take place. Both teams will face each other in 3-match ODI series, 3-match T20 series, and a one-off Test match.

The Zimbabwe sporting authorities have suspended all sorts of sporting activities from June 14 to an indefinite period of time. They have called for a complete halt to all recreational associations, such as gyms and clubs. All of these associations have to abide by the rules until further notice from the Sports and Recreational Commission (SRC). This has put Zimbabwe’s tour of Bangladesh at great risk as it has not been called off. The Sports and Recreational Commission (SRC) is confident that the tour will undergo successfully and the safety of its players will be taken care of.

While these two teams, Australia and Bangladesh will be busy playing their international matches during the month of July. The arrangements are believed to be done during this time frame. The Australians will be arriving in Bangladesh after their stint in the West Indies in July.

Ban Tech, the media company which bagged broadcasting rights from the Bangladesh Cricket Board(BCB) for a hefty sum of 161.5 crores had earlier promised the board a total of ten home series featuring big nation teams such as Australia, England, and India.

The deal with Ban Tech is one of the reasons behind the Bangladesh Board of Cricket’s (BCB) utmost desperation to host Australia. The Bangladesh Board of Cricket (BCB) seems to not treat the bio-security issue with an urgency similar to that of Australia. Nizamuddin Chowdhury has said that the bilateral tour is on, though there has been no official confirmation from both sides.

Talks with hotel authorities and the ministry are already being held and the Bangladesh Board of Cricket (BCB) continues to face challenges to meet Australia’s demands.