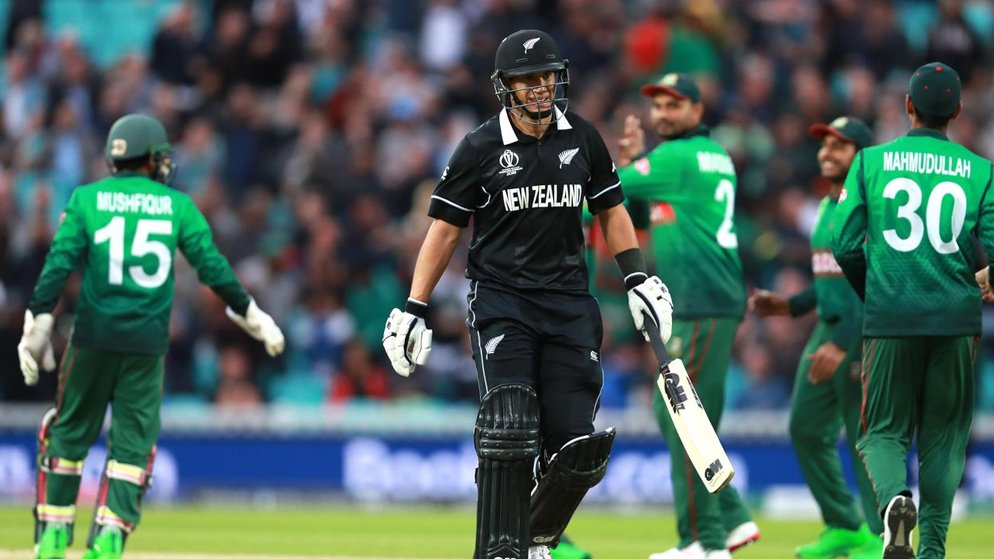 Bangladesh shall be hosting New Zealand for a five-match T20 series in September. Sports was stopped across the world at the beginning of the pandemic but has been resuming in various capacities around the world. While in some cases, in-person attendance in stadiums is not being allowed, many organizers are pushing for events which people can attend physically as well.

The five-match test series that is currently being played between India and England is seeing in-person attendances. Doubts are being cast upon the T20 series between Bangladesh and New Zealand which the former is supposed to hold due to the spread of the pandemic in New Zealand. New Zealand has been hailed as one of the countries which has been quite efficient in dealing with the pandemic but the new spread of cases has been worrying the New Zealand Cricket board. The Bangladesh Cricket Board however seems to be pretty confident of holding the series though. Let us have a look at the details of this announcement.

Decision of the New Zealand board

New Zealand has recently detected a few positive cases. The country, which did not have a single case of the virus in the last six months; got its first case reported. Till Tuesday, there were 10 cases that were found, prompting the government to announce a nationwide lockdown. Despite this, the Bangladesh Cricket Board has been quite optimistic about holding the series.

New Zealand Cricket has also been enthusiastic about the same. It has sent an Advance Team to Dhaka to check out all the bio-bubble arrangements that have been made for the series. This team will send back a report to NZC before the arrival of the players on the 24th of August. Richard Boock, the public affairs manager of NZC has clarified that the board is keen on going ahead with the series.

In an interview to stuff.co.nz, he said; “We still have some matters to work through but we’re confident we’ll be able to arrange for the players to depart as scheduled. Regarding COVID-19; our players will be vaccinated and adhering to best-practice health protocols, including mask-wearing, social distancing, and operating within bio-secure bubbles. Once in Bangladesh, they will be flying into, and out of Pakistan on charter flights.”

Bangladesh Cricket Board on the series

The hosts are also sharing the confidence of the New Zealand cricket board. Nizamuddin Chowdhury, the CEO of BCB, has confirmed the same to the Cricbuzz saying, “The series is very much on. I just spoke with the CEO of NZC and there is no kind of uncertainty regarding the upcoming home series against them.” The BCB already has plenty of experience of hosting series during the pandemic. It hosted Australia recently for a five-match T20 series in which it beat the visitors by a big margin; causing jubilation and celebration among its fans and followers.

After that historic win, Bangladesh is raring to go and play itself in the ground. Nizamuddin Chowdhury clarified that the arrangements shall be a bit different this time due to the situation. He said, “They will be travelling in a commercial flight so their airport procedure won’t be exactly like Australia’s arrangements. But we will try to minimize public contact on their way to the hotel.

They have requested us to give them the same bio-bubble environment that we ensured for Australia keeping everything in mind; we will do as much as practically possible to put together a complete bio-bubble environment to have a successful series.” The arrangements have been kept quite strict to stop the spread of the virus. Even the practice match that was scheduled for the visitors has been cancelled due to bio-bubble concerns. Even the Bangladeshi players’ movements are restricted. “Our players have been instructed to keep their movements restricted and told to be within the family environment. They have been discouraged from attending public functions. They will enter the bio-bubble when it is ready”, said Nizamuddin Chowdhury. As of now, the two teams are scheduled to go into a three-day quarantine on the 24th of August; after which the preparation of the series will start.

Given the confidence and performances of these two teams in recent times; we will surely get to witness some good cricket in this series.