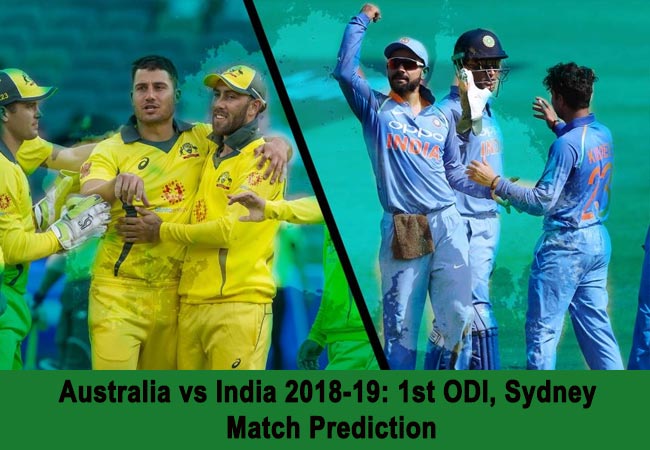 Australia vs India 2018-19: 1st ODI, Sydney – Match Prediction: Australia’s bid to end their poor run of form in the 50-over game continues when they welcome India back to Sydney.

In the T20 international series at the start of this tour, India were keen to field first when they won the toss and that pattern could continue into the ODI series

How to watch India vs Australia 1st ODI Live

The India vs Australia series will be telecast live on the Sony Sports Network. You can also stream the Ind vs Aus 1st ODI live on CrickeX Live Streaming

Australia vs India Head to Head

Australia have won 73 of their 128 previous ODIs against India, whereas India have won 45 and there have been ten no results. The most recent series between the two was in India, however, and the hosts won 4-1 over five games.

Australia are in poor form in the ODI game – and, indeed, in general – and even their revamped squad might struggle against an Indian team who have found a relatively settled line-up, and boast some seriously in-form batsman in Rohit Sharma and Virat Kohli.

Final Verdict: Back India to beat Australia at 1.62 with Khel9