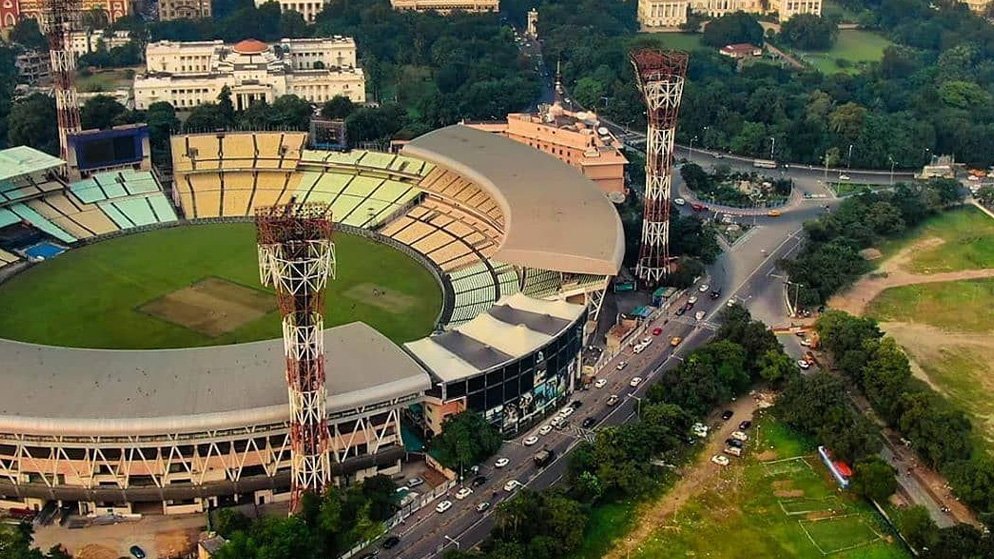 The BCCI has announced that the upcoming India versus West Indies ODI series will be played in Ahmedabad and Kolkata. Ahmedabad now boasts the largest stadium in the world that can accommodate 1,32,000 people.

India is currently going through what medical experts call a ‘third wave’ of Covid-19. Several parts of India are critically affected by the life-endangering viral disease. Under these circumstances, the BCCI’s Tours, Fixtures and Technical Committee has selected Ahmedabad and Kolkata among the destinations where 2 out of 3 ODI international matches between the home team and the West Indies would be played in the month of February. As per the latest reports, the third ODI would be contested in Jaipur.

Apart from the 3-match ODI series, West Indies would be entertained by the home team in another 3-match T20 series, to be played after the conclusion of the ODIs. The T20I matches would be played in Vishakapatnam, Cuttack and Thiruvananthapuram, not in this order, however.

The West Indies players would be arriving in India in the first week of February. With little time to prepare themselves, the visitors would take on Team India in the first ODI international on February 6. The ongoing India Tour of South Africa will reach its end on January 23. The Indian cricket schedule was announced back in September by the cricket board. The original program had the names of other venues for the ODI matches. But since the whole country is grappling with the Omicron pandemic, the board has tweaked its original plan.

The new list of venues includes the historic Eden Gardens in Kolkata and the newly refurbished Motera Stadium or Narendra Modi Stadium in Gujrat’s capital, Ahmedabad. The BCCI has routinely stated that it follows a rotation policy that dictates it to place international matches in venues situated in all parts of the country. However, due to extraordinary circumstances owing to the Covid-19 pandemic; Ahmedabad has been awarded one more game in a short period. Since the virus outbreak, Ahmedabad has organized 2 Test matches and 5 T20 International matches. The Eden Gardens has hosted a handful of international cricket matches in the last few months and will be again seen to host a One-Day International game.

The BCCI wanted to place the West Indies ODI matches in big cities like Bengaluru, Delhi, Mumbai, and Chennai. But the massive numbers of Covid-19 infections in these cities had forced the board to turn its attention elsewhere. One of the options that the BCCI had thought about heavily was the capital of Uttar Pradesh, Lucknow. However, since the northern state is preparing for elections, the chances of Lucknow getting to host a match was dropped.

Another drastic measure that the BCCI is willing to take is to not allow spectators inside any of the upcoming West Indies series stadiums. Although the board has not taken a final call on the situation with spectators; inside sources have confirmed that the board would not allow capacity crowds in the ODI matches. On this matter, the BCCI statement reads- “There is still time for that. But even if crowds are allowed; it won’t be at full capacity, and the chances are it will mostly be played behind closed doors.”

Following the ODI and T20I series against the West Indies, the focus would shift toward the visiting Sri Lanka side. The former India Test captain will play his 100th Test match against Sri Lanka in an undecided location if all goes well. Right now, Bengaluru is supposed to host that match. But it would all depend on the city health officials’ reports before the BCCI could take a final call. All the venues of the 2 Tests and the 2 T20 Internationals that India would play against Sri Lanka are on the standby list.

The current news in the cricket circles suggests that the board is planning to award Sri Lanka matches to venues like Delhi, Chandigarh and Dharamsala. Speaking about the Sri Lanka tour, the BCCI said, “There is still time for the Sri Lanka series. So we will take a call next month. We are consistently monitoring the situation and by mid-February will have a clear picture. Even if the situation improves, we won’t be taking it to four venues.”