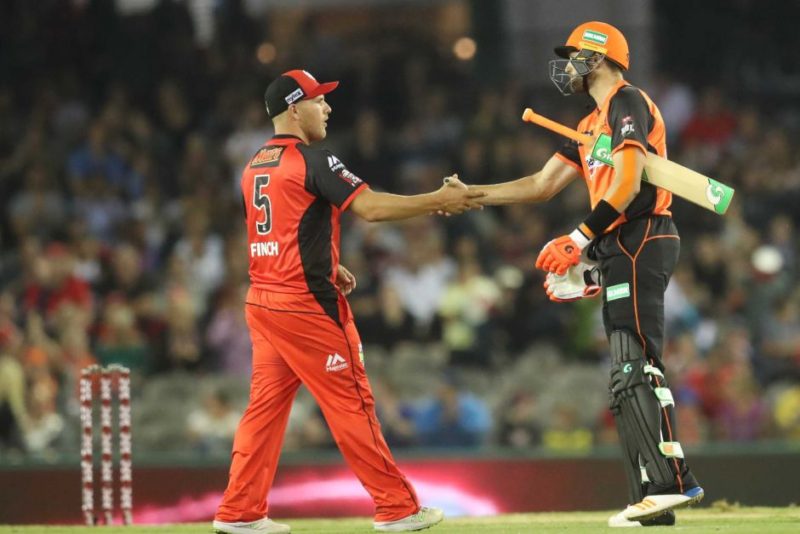 Aaron Finch has signed a contract extension with Melbourne Renegades in a deal that’ll see the Australia T20I captain play for the franchise until the end of the 10th season of the Big Bash League. Finch, who had one year left on his existing contract, agreed on a two-year extension with his hometown team.

Finch, 31, has always played for the Renegades since the start of his Big Bash career. It was with the Renegades where the seeds of ‘opening the batting’ were sown. Finch batted at No.6 for the Renegades in the 2009-10 season before Matthew Wade’s selection to the national team opened up a slot at the top of the order. Against Hobart, Finch played his part in a belligerent 147-run opening stand with Brad Hodge, turning him into an overnight prospect for a future berth in the Australian limited-overs sides.

It is this role he has found himself most comfortable in, breaking his own record a couple of days ago to register the highest individual score in a T20I – scoring 172 against Zimbabwe in the ongoing T20I tri-series.

Finch hopes to carry this form in the forthcoming seventh season of the tournament where the Renegades look to win their first title. In the six seasons so far, Renegades have made the semifinals twice (in 12-13 and 17-18) without ever progressing to the tournament’s summit clash. The Renegades have bolstered their playing stocks ahead of this December with the signing of all-rounder Dan Christian for the next three seasons. Leg-spinner Cameron Boyce will also play for the team for the next two years.